Hiring reform: Building a new process from the ground up

Two weeks ago I wrote a post asking “What’s wrong with the federal hiring process?” in which I outlined six problems that I believe drive the dysfunction the process. Lots of people reached out to tell me that they agree, and to offer other ideas on problems. No one wrote to defend the process. That...

Two weeks ago I wrote a post asking “What’s wrong with the federal hiring process?” in which I outlined six problems that I believe drive the dysfunction the process. Lots of people reached out to tell me that they agree, and to offer other ideas on problems. No one wrote to defend the process. That did not surprise me. Let me be blunt — the federal hiring process is a disaster. If we tweak it, reform the assessment processes a bit, automate it a bit more, and simplify it a little, we will be putting lipstick on a pig. The process is so badly broken that the only way to fix it is to rebuild it, based on a foundation of merit.

I expect some of my recommendations will be controversial. The core elements of the hiring process have been the same for so many years that they are dogma. Challenging dogma is usually unpopular. It requires throwing out accepted ideas and replacing them with something so different that it may feel wrong. Keep that in mind as you read these recommendations.

Let’s start with the foundation. One set of requirements (the Merit System Principles found in 5 U.S. Code § 2301) and one set of prohibitions (the Prohibited Personnel Practices) serve as the foundation of the federal hiring process. There is nothing wrong with either and virtually no disagreement with them. The problem is not with the foundation but rather with what has been built on top of it. We have taken a process that was designed decades ago, tweaked it every few years, and “reformed” it here and there until it no longer resembles anything a reasonable person would build if they were designing it from scratch. Everyone tells me we cannot rebuild it — it is too hard, too politically unpopular, and too complicated. I disagree. The overall hiring process has few defenders. There are defenders for individual aspects of it, but any successful reform must be built on a new approach to the problem. That means that, other than the MSPs and PPPs, there are no sacrosanct aspects of the process.

So let’s start with what we build on that foundation of Merit System Principles (MSPs) and Prohibited Personnel Practices (PPPs). My recommendations are based upon the 6 problems I identified in my March 28 post. I am proposing a system that avoids those problems and builds a merit-based hiring process that places accountability with the managers who are responsible for running agencies. If you haven’t read the March 28 post, now is a good time to do that. These recommendations will make a lot more sense if you do. This post covers a lot of ground, so rather than a single post I am splitting it into two. Today I will cover the problems with excessive documentation, HR training and misuse of automated tools. Tomorrow I will address hiring manager engagement, rating processes, and veteran preference, as well as what it would take to implement the recommendations.

Here are my recommendations for a hiring process that works:

The problem: We require excessive amounts of documentation to prove that the people who are referred for selection and who get the job are the “best qualified.” If virtually every business in the country can begin its hiring process with no more than a one-or-two page resumé, why can’t the federal government? Let’s start with the idea that we are looking for the “best qualified” person for the job. We should stop pretending that anyone can objectively be determined to be the “best qualified” because it simply is not true. We also demand documentation so other people can look at records and prove that someone did not cheat in the process. That leads to lengthy resumes, long questionnaires that tell us nothing, and a process that is so hard to explain that it causes a lot of good people to avoid applying for federal jobs. Rules and paperwork become more important than outcomes and the illusion of merit becomes more important than merit itself.

The solution: Base referrals to hiring managers and hiring decisions on a search for well-qualified candidates. The goal should be to identify candidates who are well qualified for the job, with hiring managers having the authority to hire any well-qualified candidate, as long as the hiring manager does not violate the PPPs. Ranking those candidates so we can pretend that one is that much better than another is not a credible process. If we sort the applicants into “well-qualified” and “not well qualified” we can eliminate the myth of the “best qualified” person. We can also eliminate the self-certification of qualifications by including unqualified applicants in the “not well qualified” category. The process will be far less complex and can be done using resumés. Once we have eliminated the barrier of lengthy applications and questionnaires, applying for a federal job will be no more difficult than applying for a private-sector job.

What the naysayers may say: This is a formula for lawsuits, complaints, grievances, and fraud. Most of the complaints that result from the existing process come from its complexity and the pretense that there is a “best qualified” candidate (and that the selectee isn’t that person). If the only requirement is to select a well-qualified candidate, there is no basis for most of the disputes generated by the current process. As for the fraud issue, the fraud is today’s process that pretends to be something it is not. Today’s process generates falsified applications, bald-faced lies in response to questionnaires, and HR offices and hiring managers being accused of “cooking” the process to get to certain candidates. The new process would accept that hiring managers get to make hiring decisions and would allow them to do so, as long as they do not violate the PPPs. So what happens if a hiring manager or HR specialist violates a PPP? The credibility of the hiring process would be (and currently is) undermined when PPPs are tolerated. My solution is to make committing a PPP a mandatory removal offense, and to bar the people who commit them from both federal employment and federal contracting. In effect, the penalty for a PPP is the administrative equivalent of capital punishment. If you do it, you are out of government and will not be welcomed back in any capacity.

HR Specialists and the Role of HR

The problem: Investment in HR specialist training. Somewhere along the way, federal agencies stopped building effective training programs for HR specialists. The result is that many HR specialists have inadequate formal training. They do not have a thorough understanding of the hiring process they run and the underlying law and Merit System Principles. Combine that with an HR construct that places too much responsibility on HR, and you have the potential for a mess.

The solution: Re-think the role of HR specialists and shift more responsibility for hiring managers (who are already supposed to be accountable for getting the work of the agency done). This one takes more than throwing a few dollars at training HR folks. The complexity of the current hiring process has turned HR into a combined advisor/police role that does not work well. HR roles should be changed so each HR organization has an oversight function that ensures the hiring process works and is free from PPPs, and that is separate from the folks providing advisory services. The HR advisors should help hiring managers with the process, but should serve in a purely advisory capacity. Both types of HR specialists would require more training, but the radically simplified hiring process would be far easier to oversee. The Advisor role should be a more professional position, with a strong emphasis on the skills necessary to help hiring managers separate the well-qualified candidates from the rest. That would mean better skills in assessing candidates. Every HR office should have Industrial-Organizational Psychologists on staff or available under contract to assist with that.

What the naysayers may say: Get rid of HR — they do not add value. It may be popular to blame HR for the problems, but HR specialists did not write the laws or most of the regulations. There is a useful role for HR, but it requires separating the oversight and customer service roles, and it requires HR specialists with better skills. I do believe that shifting more responsibility for hiring to managers could result in a much smaller and more focused HR operation.

The problem: The systems agencies use for the hiring process are being used very badly. I wrote at length about the subject in an earlier post titled Deus ex machina (god from the machine).

The solution: Stop pretending that these systems can make qualifications or rating decisions (or decisions of any kind) and put human beings back into the process. The automated tools (Monster, USA Staffing, Acendre, etc) are very effective for gathering applications and issuing referrals to managers. They should be used for that. The decision to rate a candidate as well qualified or not well qualified should be made by subject matter experts (SMEs). Many agencies make little use of SMEs in the process, resulting in hiring managers getting lists of unqualified or poorly qualified candidates. Yes – that means someone should read every resumé.

What the naysayers may say: We do not have time to read resumés, so either HR has to do it or we have to use automation. If I were asking SMEs to read lengthy applications and find answers to 20 or 30 questions in a questionnaire, that might be a valid argument (but probably not). But that is not what I am suggesting. I want the SMEs to review a one-or-two page resumé and decide if the applicant falls into the well-qualified category (based on a concise description of what constitutes well qualified). The amount of time that will take is far less than we currently spend in the existing process and it will result in hiring managers getting lists of candidates that they can actually hire. I spoke with Laszlo Bock, head of People Operations for Google, a few years ago and he told me they read every resumé they receive. The reality is that if an agency gives a damn about hiring talented people, it has to take some responsibility and actually read the resumés that people send. Think about that. Do we really want to say to applicants “Hey, we want you to apply, but don’t expect us to waste our time looking at your resumé.” Would you want to work for an employer that says that?

Check back here tomorrow for my next post, that will cover manager engagement in hiring, the rating process, and veteran preference, along with what it would take to implement these recommendations. 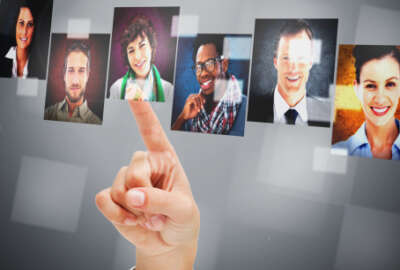 President Trump’s Office of American Innovation – A big deal or not?