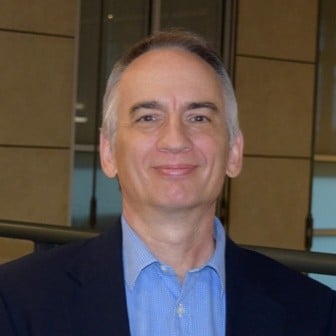 Other Transaction Authorities (OTAs) have garnered significant attention recently because they help our government acquire innovative technologies much faster than typical Federal Acquisition Regulations (FAR)-based acquisitions, which can take years to complete. Some have called OTAs the “cool new thing” in acquisition—words you wouldn’t normally hear when talking about federal contracting.

So, what are OTAs? And more importantly, why should agencies make these agreements part of their procurement process?
Fewer restrictions lead to faster,...

Other Transaction Authorities (OTAs) have garnered significant attention recently because they help our government acquire innovative technologies much faster than typical Federal Acquisition Regulations (FAR)-based acquisitions, which can take years to complete. Some have called OTAs the “cool new thing” in acquisition—words you wouldn’t normally hear when talking about federal contracting.

So, what are OTAs? And more importantly, why should agencies make these agreements part of their procurement process?

Simply put, OTAs are legally binding agreements that provide incredible advantages in both flexibility and speed.

Due to the time requirements and associated expenses of FAR-based acquisitions, government agencies are often unable to acquire the technology they need when they need it. OTAs can solve that problem by helping agencies access promising new technologies when using a traditional contract is not in the government’s best interest—for instance, when the rate of technological change outpaces bureaucracy.

OTAs are exempted from a number of the requirements that apply to FAR acquisitions, meaning that the government can move faster and can work with companies that do not typically do business with the government. These “nontraditional” businesses are often the source of innovative technologies needed to enhance our defense capabilities.

The flexibility of this vehicle allows government and industry to collaborate to develop the best possible solutions: agencies can solicit input on solicitations from industry, nonprofit and academic experts through a consortium of industry members that has been created to support the sponsoring agency’s mission and bottom line. At the same time, industry can learn about government needs and adapt their existing technologies or internal R&D to meet government requirements.

OTAs: Then and now

Originally formed to fuel rapid technological development for NASA during the “Space Race” of the 1960s, OTAs are nothing new for the federal government. Although the original purpose of OTAs was to produce unprecedented, cutting-edge research and development projects, such as putting a man on the moon, their use has now diversified.

OTAs to play a role in future of Navy procurement

In recent years, Congress has expanded OTA authority, allowing agencies to use OTAs to carry out any prototype project “directly relevant to enhancing the mission effectiveness of military personnel and the supporting platforms” and allowing the award of follow-on production contracts. Congress also expanded the definition of a “nontraditional defense contractor” to include small businesses and nonprofits, enhancing the DoD’s access to diverse technology providers. Today, OTAs are used to support federal R&D in areas as diverse as armaments, communications electromagnetic spectrum uses, cybersecurity and medical technologies.

We’re hearing a lot about OTAs today as their value becomes clearer to agencies across the government. Despite all that conversation, though, it’s important to remember that OTAs are still relatively very small in the context of the larger contracting picture. Out of the $88.3 billion spent on &D projects in the DoD in 2017, only $2 billion was spent on OTAs. These funds were used to prototype some of the government’s most critical defense missions, including the testing armament systems, space technologies, tactical equipment and information warfare solutions, illustrating that OTAs are producing valuable results. Yet there remains ample room for this vehicle to grow within the larger contracting industry.

In order for this growth to occur in the Department of Defense and elsewhere in federal agencies, it will take time for government project managers to witness the results that OTAs bring to the government. However as awareness of the OTA model continues to broaden across both federal agencies and the private sector, more stakeholders on both sides will come to the table to ideate and execute a plethora of new government services with a collaborative approach.