Federal workforce reform: The conversation is just getting started 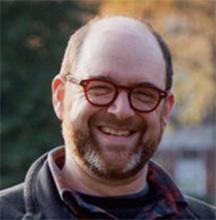 On August 1, the Senate passed HR 3877, establishing a budget for FY 2020 and FY 2021, giving hope that the U.S. government had finally emerged from what many feared was a permanent state of uncertainty. Unfortunately, those fears continue to be justified. Although HR 3877 affirms consensus on a budget ceiling for most federal agencies, the bill is silent on the details of individual agency spending.

Of particular concern is the ambiguity raised by...

On August 1, the Senate passed HR 3877, establishing a budget for FY 2020 and FY 2021, giving hope that the U.S. government had finally emerged from what many feared was a permanent state of uncertainty. Unfortunately, those fears continue to be justified. Although HR 3877 affirms consensus on a budget ceiling for most federal agencies, the bill is silent on the details of individual agency spending.

Of particular concern is the ambiguity raised by HR 3877 on the status of the Office of Personnel Management. OPM is a small agency, accounting for less than 0.01% of federal spending. But it is an agency with vast reach, responsible for management of the entire federal workforce, including over 2 million non-seasonal full-time federal employees.

On one hand, the President’s budget eliminates OPM as an independent agency and transfers its budget and functions to two other agencies, the General Services Administration and the Executive Office of the President (EOP). On the other hand, HR 3877 presents OPM as an agency that will continue as an independent agency with its own budget through the end of FY 2021. Until the House and Senate complete the appropriations process, which is anticipated to resume after the summer recess, the future of OPM is in limbo.

Now, in the gap between the budget deal and appropriations, we have a deadline, a clock ticking towards an inevitable but as yet undefined change in how the federal workforce is managed. But deadlines and ambiguity generate opportunities.

Given the quiet significance of OPM and the uncertainty around its future, many of us in Washington have been waiting for elected officials and candidates for office to take a position on the President’s plan —or to introduce alternatives. And although the Hill has conducted hearings, there has been an absence of debate or decisive action.

I would suggest that it is easy — and incorrect — to blame elected officials or candidates for the lack of progress on the OPM question. As advocates for reform could it be that we ourselves are at fault? As a community perhaps many of us have fallen into the trap at this critical moment of focusing on tactics—hiring systems, pay scales, classification standards, the placement of organizations in the bureaucracy — which mean little outside a small circle of experts and impede wider engagement.

What I am proposing for our community is to shift the starting point of our appeals to elected officials and candidates from tactics to a dialogue about the ultimate meaning of our civil service, which I would suggest is the opportunity for American citizens to serve their neighbors.

Why such an apparently high-minded starting point?

With meaning as our starting place, the conversation about workforce reform can begin to have relevance to every American, and thereby relevance to elected officials and candidates.

In a recent study published in the Harvard Business Review, a research team asked participants, over 2,000 in all, to rate the relative importance of meaning in the workplace. Respondents said they would give up on average “23% of their entire future lifetime earnings in order to have a job that was always meaningful.” Nine out of ten surveyed confided that they would trade pay for meaning.

For those of us who have committed to a career in public service, we already know that government is the employer best positioned to provide work with meaning. If only more Americans could begin to see themselves as actual stakeholders in workforce reform, not just as the recipients of government services, but also as prospective federal workers helping their neighbors, then they would have a direct reason to be invested in its achievement.

In my own work at OPM, I witnessed in the roll-out of new fellowship programs what happens when federal employment is opened to more Americans. Government fellowship programs, including the U.S. Digital Service, the Presidential Executive Fellows and the Presidential Innovation Fellowship, enlist the nation’s top private sector experts on short-term tours of duty in the federal workforce. Fellows have been deployed to solve some of the nation’s toughest problems. Through these programs, Americans who might never had considered long-term federal employment found what they were seeking: work with meaning.

With meaning as our starting place — and the engagement of more Americans in federal service as our goal — an inspiring debate on the future of the federal workforce is possible. Policy development can be centered around common-sense questions, expressed in values that are relevant to every American:

The search for work with meaning can drive a renewal of government service. It can also be the key to launching the reforms that make renewal possible.

Bernie Kluger served as a senior leader at the Office of Personnel Management and the General Services Administration, where his responsibilities included overseeing the implementation of strategic initiatives within the President’s Management Agenda. As deputy performance improvement officer at OPM, Kluger coordinated $2 billion in human capital and IT services governmentwide and managed the Presidential Executive Fellows program. 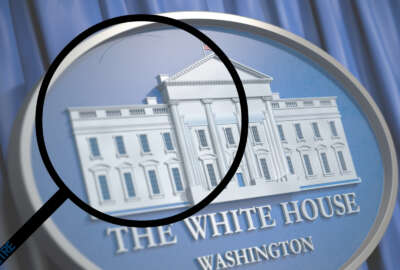 Trying to modernize the federal workforce? Look for solutions to these barriers first