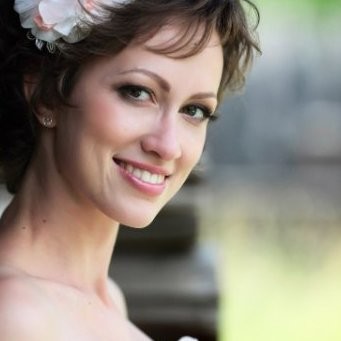 Some people might believe that project management can be a simple job, since there will be many employees working on a certain project. In reality, project management is consistent of various responsibilities and other sub-tasks within the job itself.

Along with that, the people making up a manager’s team will have to work in perfect unison and collaboration. This makes project management especially challenging and requires a certain set of skills.

In addition to the standard skills anyone would expect a project manager to have, there are also certain ones which can often be overlooked. Here are some very important and helpful skills a project manager should have, even if they don’t often get noticed.

This skill seems like it would fit better in product management. However, creativity plays an important role in managing federal and government-funded projects, as it can help find solutions in difficult situations.

The lack of creative thinking was one of the reasons why Obamacare failed. When the bill passed, many businesses found themselves under pressure from the government, unable to pay for the insurance of their employees.

The Obamacare policy and the inability to alter the bill put many businesses in a no-way-out position.

Thus, companies were forced to drop full-time employees or transfer them to part-time status and stopped hiring altogether. All this happened because the policy failed at offering flexible solutions for businesses across the U.S., making this federal project a failure.

Although it seems essential, another skill that is often overlooked in managers hired to curate a federal project is the ability to control and ensure quality.

Lack of quality control in project management can be best observed in the example of the failed New York City’s CitiTime Management project that cost the Bloomberg administration $700 million.

The project intended to automate payroll operations, and was executed by the Citi bank. The initial cost of this project was $68 million, but it quickly skyrocketed to $700 million under the management of Mayor Bloomberg’s Budget Director and the Office of Payroll Administration.

What could potentially be a great solution for the city turned out to be a failed attempt at quality control. The City of New York Department of Investigation, among the general fraud allegations, cited the following deficiencies:

All the cited deficiencies indicated that Bloomberg’s administration failed to control the quality of project execution, leading to the loss of a $700 million project.

These soft skills are essential in project management. The lack of communication skills can lead to unforeseen expenses, violation of deadlines, and project failure as a result.

Bad communication was one of the reasons why the government dropped the $1 billion U.S. Air Force ERP project.

This Enterprise Resource Planning project was a great idea to integrate all the tech systems that the Air Force used in one comprehensive software.

The project, however, lacked one leader who would organize the communication and could be held accountable for all the decisions. As a result, the Air Force officials restructured the program three times, constantly changing the list of requirements, and finally dropping the project altogether.

As a result, a government-funded project with a lot of potential failed because of poor communication.

You might think that when the government hires managers to lead technology-related projects, they will make sure to look into the project manager’s knowledge and experience in technology.

However, history shows that tech knowledge can often be an overlooked project management skill. This time, the situation took place in the U.K. and cost the government £10 billion.

One of the problems that led to the project failure was the inability of the government to manage IT projects because of the lack of tech knowledge and experience among the Members of Parliament, who could delegate the management of this project to more competent professionals.

In the NHS example above, the project management also lacked delegation skills.

The ability to delegate and assign tasks is one of the most crucial in project management. The performance of some companies entirely relies on the management’s ability to properly distribute tasks.

For instance, writing services websites and the quality of the work they deliver largely depends on how well each team leader distributed the writing tasks to its subordinates according to their knowledge and experience.

The same works for government-funded projects. The responsibility here, however, is much more serious than in product management.

Governments fund the majority of their projects with taxpayer money. The lack of proper delegation skills in project management can lead to considerable expenses, and, ultimately, can end in failure that costs the nation billions.

When the project is very ambitious, prioritization is one of the key skills that a manager should have to lead this project to success.

However, planning and prioritization skills can also be overlooked, as in the example of the FBI’s Virtual Case System.

This project cost the U.S. government $170 million and intended to modernize the FBI’s tech systems and diverse information assets. After five years of back-and-forth negotiations and restructuring, the project was abandoned.

In its report, the FBI cited the following reasons for project failure:

All these reasons indicate the lack of proper planning and prioritization in project management, which, after five years of indecision, forced the U.S. government to drop this project altogether.

In the FBI’s failed project, another reason cited in the official report was the frequent change of managers responsible for this project. This leads to one more overlooked project management skill, which is the reaction to stress.

Government-funded projects often involve considerable sums of money, which adds responsibility and, as a result, stress. That is why project managers that work on government-funded ventures need to be stress-resistant and to preserve the ability to remain calm and think clearly in difficult situations.

One more project management skill that is often overlooked is the ability to create an atmosphere of involvement and collaboration. Many of the above-mentioned projects failed because managers lacked this essential ability.

This ability includes the above-mentioned skills of delegation, creativity, quality control, communication and prioritization. A good manager for a federal or government-funded project should be a team player that understands the role of every team member in reaching the project’s goal.

Government-funded projects involve a great deal of responsibility and accountability. That is why the screening process for project managers, in this case, should be more elaborate.

Federal agencies should look beyond the standard set of skills they look for in project managers to make sure that they hire a person who will push the matter through.

Daniela McVicker is a career consultant and freelance writer.