Should the quadrennial national election day be a national holiday, with people getting the day off to vote? The question comes up regularly.

If that were the case, then it would be incumbent on everyone who can make it to a local polling place to vote on that day. Given the eye-popping early voting that took place before today, and the long lines shown on television, it’s hard to see how the infrastructure of school...

Should the quadrennial national election day be a national holiday, with people getting the day off to vote? The question comes up regularly.

If that were the case, then it would be incumbent on everyone who can make it to a local polling place to vote on that day. Given the eye-popping early voting that took place before today, and the long lines shown on television, it’s hard to see how the infrastructure of school cafeterias, folding tables and cheerful poll workers could support so many people.

This year is a tough case. High turnouts are the result of an unusually bitter and emotional election. Those 105 million early turnouts resulted from requirements of human non-interaction forced by the pandemic. But suspicious voting activity goes back as far as the republic. Neither voters nor government at any level should ever take election integrity for granted.

Some thinkers are tempted by the idea that the federal government should be in charge of elections. It sounds logical when people are voting for the highest national office. But the Constitution doesn’t totally rule out federal involvement in election operations, but historically they’ve remained in local hands. The tiny Election Assistance Commission does provide localities with good information on voting systems. It was established by Congress shortly after Florida famously screwed up an 18th century technology — the punch card — in the 2000 election.

The election is a federal affair in other ways. Just this morning the Cybersecurity and Infrastructure Security Agency director Chris Krebs, together with Acting Homeland Security Secretary Chad Wolf, held a press conference, trying to reassure the country on election security. Their emphasis was on potential Chinese, Iranian or Russian interference. Krebs pointed out that CISA briefed state officials within 27 hours of the discovery of Russian email mischief, for instance.

CISA has done cybersecurity scans of state systems, trained and held tabletop exercises with thousands of local officials, and was running a sort of one-day operations center. Krebs said even the Defense Department’s Cyber Command was involved.

But Wolf said emphatically that DHS intended to let state officials run their own elections. Both said they’d voted in person this morning.

The National Academy of Public Administration has identified protecting electoral integrity as one of its “grand challenges” in public administration. It’s a good read, a thorough survey of how things stand now, the responsibilities for elections that many pieces of the federal apparatus already have. I’d throw in the Census Bureau. It seems to have figured out how online-from-home polling can work such that no one can participate twice.

NAPA points out: “The Constitution also stipulates that the Congress ‘may at any time by law make or alter’ state laws regarding ‘the time, place, and manner’ of electing members of the U.S. House and U.S. Senate.” And it notes the long record of federal involvement in enforcing civil rights laws with respect to voting.

A long list of NAPA bullet points calls for the federal government to help boost technical and managerial election capacity at the state and local level. This makes more sense than trying to turn elections into a federal process. It would be carried out by local officials anyhow. The country encompasses more than 3,000 counties and who knows how many city, town, village, tribal and borough locations.

In the meantime, locales will continue to operate a wide variety of mail, paper, machine, electronic and punch card voting systems. After today’s dust storm settles, we’ll have a great opportunity to regroup and restore U.S. voting as the worldwide gold standard it ought to be. 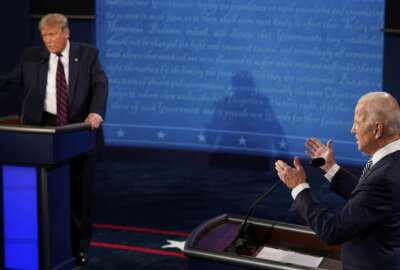 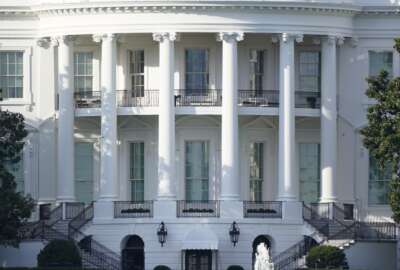