When must you protest to get an automatic stay after an enhanced debriefing? 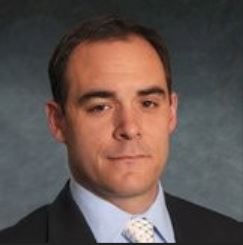 The CICA stay is only available when a protest is filed no later than ten days after contract award or no later than five days after a debriefing. In the 2018 NDAA (Section 818), Congress introduced the enhanced debriefing process for Defense Department procurements. It allows disappointed offerors to submit follow-up questions within two business...

But what if the contractor does not have any additional questions? Does the two-day period to submit questions extend the protest deadline for purposes of the CICA stay?

The federal circuit answered this question in NIKA Technologies, Inc. v. United States, case no. 2020-1924 . If a contractor does not submit follow-up questions after a debriefing, it does not get the benefit of the two-day question period for purposes of the CICA stay.

The automatic stay applies if a protest is filed on or before the later of: (i) 10 days after contract award; or (ii) five days after “the debriefing date” that is offered to an unsuccessful offeror (when a debriefing is required and requested). 31 U.S.C. § 3553(d)(4). The “debriefing date” was the date that the agency offered to meet with the disappointed offeror or the date it provided a written debriefing. Protesters seeking to obtain a CICA stay knew that the five-day clock began to run on these dates. [NOTE: The CICA stay protest deadlines are separate from Government Accountability Office’s deadlines for timely protests in 4 C.F.R. § 21.2.]

Enhanced debriefings can extend the protest deadline for a CICA stay on DoD procurements. The revised statute requires that the “debriefing” include a two-business-day period to ask follow-up questions:

The debriefing shall include, at a minimum — (vii) an opportunity for a disappointed offeror to submit, within two business days after receiving a post-award debriefing, additional questions related to the debriefing.

But what if there are no follow-up questions? Is the “debriefing date” extended by two days to account for the question period?

No extension if there are no follow-up questions

This is the question addressed in NIKA Technologies, which involved an Army Corps of Engineers procurement for the Operation and Maintenance Engineering Enhancement program for DoD medical facilities. Here’s what happened in that case:

On Feb. 27, the Corps found that NIKA’s proposal was unacceptable. NIKA timely requested a debriefing the next day. On March 3, NIKA submitted an initial set of debriefing questions to the Corps, then the next day the Corps provided NIKA with a written debriefing letter and provided answers to NIKA’s questions. The Corps’ March 4 letter stated that it would “consider the debriefing closed if additional questions are not received” within two business days. If questions were received, the letter stated that the debriefing would be considered closed “upon delivery of written response to any additional questions.”

The government then appealed the COFC decision to the U.S. Court of Appeals for the Federal Circuit; NIKA did not participate in the appeal because its protest had already been resolved. The Federal Circuit reversed the COFC, holding “the debriefing is not automatically held open for an additional two days” to allow for the submission of follow-up debriefing questions. In its view, the plain meaning of “the debriefing date” in 31 U.S.C. § 3553 is that “the clock starts on the day that the bidder receives debriefing.” If Congress meant the deadline to run from the “end of the debriefing process,” as the COFC found when ruling for NIKA, Congress could have said so.

The Federal Circuit also found support for its view in 10 U.S.C. § 2305, which describes the two-day question period occurring “after receiving a post-award debriefing.” This “means that the two-day period for questions occurs within the five-day window for filing a protest.” If questions are submitted, the debriefing is extended. “By implication, when there are no additional questions submitted, as here, the debriefing period is not held open.” Since NIKA did not ask follow-up questions, its debriefing date was March 4 and its protest, filed on March 10, was filed one day too late to obtain an automatic stay of award under CICA.

The Federal Circuit’s decision makes it clear that disappointed bidders seeking to take advantage of the additional time offered by an “enhanced debriefing” on DoD procurements must ask at least one follow-up question.