Buying by the drink: A new model for government cloud consumption 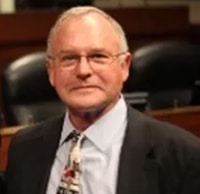 Cloud technologies are transformative in large part because of their ability to scale on demand. The cost savings...

Cloud technologies are transformative in large part because of their ability to scale on demand. The cost savings to users are enormous. Imagine the cost to taxpayers if FEMA maintained full on-premise surge capacity on a never-ending “standby” basis to cover Hurricane Katrina-sized events! The costs of such infrastructure would be in the billions, and it would be obsolete in a matter of months.

Whether it is our utility bills, or other daily consumables, it belies common sense to set aside in an untouchable bank account sufficient resources to cover the full estimated costs of our heating bill for 12 months at a time. How can we know how cold the winter will turn out be? But not so in the public sector.

The government is handcuffed by a law called the Anti-Deficiency Act. Originally passed in 1884, this law prevents government from incurring obligations or making expenditures in excess of amounts available through appropriated funds. It’s historically been an important guardrail and has served an important fiscal purpose to prevent runaway, unauthorized government spending. But like all well-intentioned restrictions, it needs to be modernized to reflect technology advancements essential to create a modern digital government.

The Anti-Deficiency Act is a huge obstacle to digital modernization in government. Agencies are required to obtain appropriations, and set aside agency obligations to encompass its entire projected consumption of cloud technologies in advance, without knowing if operational emergencies might occur or what the actual IT support needs might be. This approach is also squarely at odds with commercial best practices and destroys a key facet of the basic cloud value proposition. But government currently has no choice. The Anti-Deficiency Act therefore requires the “parking” of taxpayer funds “just in case” IT needs that are essential to the operation of a modern digital government might surge.

The ramifications of this wasteful practice are clear. Cloud services have historically come down in costs over time, but the government mostly misses these cost reductions. In the event IT needs and consumption surges for any reason (think Hurricane Katrina or pandemics), the government must stop using the IT resources in the cloud until a new cycle of appropriations is completed. Even if cloud providers offer to continue to provide cloud infrastructure to prevent cutting off essential government services, the law allows government to consume these resources and walk away without paying. Under these circumstances, technology providers have no legal recourse under current law, creating an impossible business situation that is unbecoming of government’s treatment of essential business partners. The tremendous value inherent in cloud technology—the ability to scale IT consumption instantaneously by customer self-service—is pretty much lost.

Right before the Christmas break, the General Services Administration sought to address these problems by issuing new ordering procedures to allow the procurement of cloud offerings using a consumption-based pricing formula.

These new “ordering procedures” are a welcome development and reflect true thought leadership by Jeff Koses, GSA’s senior procurement executive, and the entire GSA cloud team. But these procedures remain handcuffed by fiscal law constraints and are extremely limited in terms of their scope.

The new GSA ordering procedures are limited to consumption-based offerings under Special Item Number 518210C (previously 132-40) or successor SINs within information technology (previously Schedule 70). It cannot be used for acquisition of capital assets.

The new procedures partially map against the key attribute of cloud computing: allowing customers to provision computing capabilities without human interaction on a self-service basis. They are flexible and support combinations of pricing models within a single task order. But the new task order differs from a typical “requirements contract” as defined in the Federal Acquisition Regulations.

The new ordering procedures require incremental funding based upon usage patterns. The new procedures allow the government to obligate funds incrementally upon exercise of each consumption [Contract Line Item Number], although the government must still obligate enough funds at the beginning of the task order to cover anticipated needs. The rules requiring GSA to ensure that pricing is fair and reasonable still pertain. And the much-maligned FSS Price Reductions clause is NOT applicable to cloud.

These are excellent steps going forward. But they address the symptoms of the basic problem: the handcuffs imposed upon cloud acquisitions created by the Anti-Deficiency Act. They are, in my opinion, a procedural “Band-Aid” that still obviates a significant value proposition of the cloud business model.

For example, there is a longstanding government program to provide rural broadband services that is funded under legislation called the Universal Services Fund.

The Universal Services Fund establishes consumable broadband and telecommunications services throughout underserved rural and urban areas. It legislatively acknowledges that, as with cloud technologies, the Anti-Deficiency Act should not apply lest it thwart the legislative purposes for this important social program.

There are other examples of legislation that recognizes the obstacles that the Anti-Deficiency Act pose to critical legislative services and to Congressional intent.

I believe that Congress should grant GSA similar exemptions for acquisition of cloud technologies. This would allow government to obtain the full value of the transformative cloud business model, and potentially save government billions of dollars in its implementation and use of this critical new technology.

The Office of Management and Budget could then make this flexibility available to agencies, and apply it to some existing fund such as the TMF or the IT Oversight and Reform Fund to cover spikes in cloud consumption. Agencies would then be required to pay the fund back to avoid gaming the system.

Sure, the traditionally conservative appropriations committees will ask lots of questions about this, as they should. There will undoubtedly be significant political hurdles for this to come to pass. But this should not be an excuse to simply not try to fix this intractable problem to full implementation of a modern digital government. As my grandmother used to say, if you don’t ask, you don’t get.

Richard Beutel is the founder of Cyrrus Analytics. Rich is a nationally recognized expert in IT acquisition management and cloud policy with 25 years of private sector experience and more than a decade on Capitol Hill working on procurement issues.