Is the National Security Council too big? Yes, but it’s complicated

Among hundreds of provisions in the House Armed Services Committee’s version of the annual Defense authorization bill, a restraint on the size of the staff of the National Security Council is one of a relative handful singled out by Mac Thornberry (R-Texas), the committee’s chairman, who believes an overgrown NSC is micromanaging the Pentagon’s affairs.

But down the corridors of the Rayburn House Office Building, Thornberry’s colleagues on the House Foreign Affairs Committee signaled strongly last week they want to be...

Among hundreds of provisions in the House Armed Services Committee’s version of the annual Defense authorization bill, a restraint on the size of the staff of the National Security Council is one of a relative handful singled out by Mac Thornberry (R-Texas), the committee’s chairman, who believes an overgrown NSC is micromanaging the Pentagon’s affairs.

But down the corridors of the Rayburn House Office Building, Thornberry’s colleagues on the House Foreign Affairs Committee signaled strongly last week they want to be part of that debate, and that the story is a bit more complicated, since the NSC’s business extends far beyond military matters.

Rep. Ed Royce (R-Calif.), the Foreign Affairs chairman agreed that the NSC staff  was too big, having grown from a historical size of about 100 people to a peak of around 400 during earlier days of the Obama Administration, but said the NDAA provision to ratchet it back was a ‘clumsy’ attempt to fix more far-reaching problems.

Longtime foreign policy hands who testified before the committee last week said  the council’s growth was, in large part, a symptom of a breakdown in what ought to be an interagency process that lets the State Department, DoD and other agencies coordinate their day-to-day business long before their disagreements have to be adjudicated in the offices beneath and around 1600 Pennsylvania Ave.

“Before we conclude that there’s a ‘right size’ and that the president’s prerogative to appoint his own staff should be changed or interfered with by the Congress, I think it’s important to recognize that the NSC is trying to chase a bureaucracy that’s much bigger than it was 20 or 30 years ago,” said Lincoln Bloomfield, who served in several policy positions at State, DoD and the White House over the course of five administrations. “There are so many more assistant secretaries and issue-specific offices that they are asked to coordinate. You can understand why you’d want a larger NSC to manage them all.”

Bloomfield, now the chairman of the Stimson Center, argued that decision making  within the State Department has become far too diffuse – especially when compared against the Kennedy era, when the department had only one undersecretary who the president could contact by phone at any hour for input or advice on virtually any foreign policy matter.

State now has six undersecretaries and more than 20 assistant secretaries.

“What happens is you have high officials who only have one-sixth of the picture,” he said. “How strategic a view can an administration get if everyone in the agency has just a soda straw view of the policy that they care about? We need to start elevating people so they have a broad swath of authority and think very strategically. And then, when something like the Zika virus becomes a problem, they can put together a task force that expires as soon as the problem’s under control.”

If there’s too much authority spread out over too many officials within State, that’s a problem of Congress’ own making — or, more properly put, one of it own inattention.

The Defense Department also has dozens of assistant secretaries, each with a fairly narrow policy focus.

But whatever one thinks of the Pentagon bureaucracy, it’s at least been subject to oversight by Congress – which, in many cases, ordered the creation of those positions to begin with — and tried to ensure clear accountability for their duties via the Defense authorization bills that have been passed and signed every year since 1962.

By contrast, lawmakers have shown much less interest in the activities and organization of the State Department, noted Rep. Eliot Engel (N.Y.), the committee’s ranking Democrat.

“It’s been 15 years since Congress sent a State Department authorization to the president. I don’t think anyone on either side of the aisle is happy about that,” he said. “Our civilian agencies are still, essentially, stovepiped bureaucracies. So when questions emerge about one of the many complex national security issues we face, those questions still get passed up to the NSC, and this pattern has forced the staff to grow as well. Past attempts to create ‘czars’ to oversee overlapping issues have proved to be a band aid at best. At worst, they’re totally ineffective. We need to empower our agencies to deal with a modern set of challenges without having their first phone call be to the White House.”

The House version of this year’s NDAA would try to restrict the size of the NSC by requiring Senate confirmation of the National Security Advisor if the NSC’s staff rose above 100 people, a departure from the past 60 years in which the council and its top officials have been treated as part of the President’s staff.

The Tower Commission tackled that issue 30 years ago when Congress was probing the Iran-Contra scandal. That panel concluded that the NSC had become far too “operationally-involved” in transferring funds to a banned paramilitary group.

“Even then, the commission warned that making the National Security Advisor Senate-confirmed would undermine the presidential advisory role the National Security Advisor must play and create more bureaucratic tension than it would resolve,” said Derek Chollet, a former assistant secretary of Defense for international security affairs and senior NSC staffer during the Obama administration.

“We came in with some big ideas about how the NSC should work better, that the NSC was way too big and we should make it slimmer and hold the agencies accountable,” he said. “But once in office, there was an imperative to not screw up before you actually know what you’re doing, particularly when you’re a nation at war.

Chollet said all of the National Security Council’s current top officials agree that the NSC should shrink in size and stick to its role of coordinating only the high-level policy concerns that need to reach the president; the Obama administration, he said, had already begun decreasing the overall staff so that it will be about the same size in January 2017 as it was when President Obama took office in 2009.

Aside from investigating the NSC’s role in scandals, as it did during the Iran-Contra affair, lawmakers have never pinned down its exact role in national security decisions. Indeed, the role of the National Security Advisor isn’t defined anywhere in federal law; its role has tended to rise and wane in various presidential administrations.

Amb. David Miller, a former national security advisor who’s now a senior fellow at the Atlantic Council said the National Security Advisor is the most important job in the government that’s not subject to Senate confirmation.

But he said the NSC has tended toward an all-purpose foreign policy office that tends to be populated with people trusted by whatever administration is in office and not necessarily with staffers with proven interagency experience.

The next administration’s first instinct, he said, should be to look to its agencies first for expertise on a given issue.

“My sense is that you need task forces or special envoys on occasion. But your first examination ought to be, is there an assistant secretary that already has this responsibility? Is there a competent ambassador on-site? Because when you appoint a person with duplicative authority, it can really set things back. It’s just confusing,” Miller said. “The Foreign Service is a fine, fine institution. I was immensely well-served as a political appointee in two embassies and the NSC. There is more human capability at State going to waste than in almost any institution I’ve ever seen.” 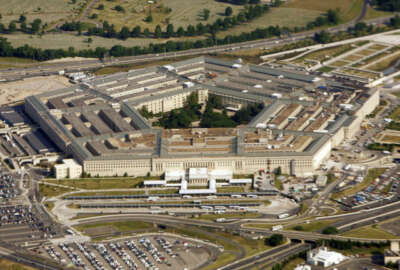