As federal agencies dust off their continuity of operations plans in light of the coronavirus threat, contractors are also thinking about their own immediate futures. For a list of possibilities and how to deal with them, the Federal Drive with Tom Temin spoke to attorney Michelle Coleman of the law firm Crowell & Moring.

As federal agencies dust off their continuity of operations plans in light of the coronavirus threat, contractors are also thinking about their own immediate futures. For a list of possibilities and how to deal with them, the Federal Drive with Tom Temin spoke to attorney Michelle Coleman of the law firm Crowell & Moring.

Tom Temin: Crowell Moring has published a kind of workbook for contractors to follow, but let’s start with what the potential impacts really are of coronavirus should the government shut down or have some issue? How could that affect contractors?

Michelle Coleman: We do not know the extent of the impact of the coronavirus. We certainly hope that the impact of the virus will be minimal. The contractor should prepare for potential impact nonetheless. There are many potential impacts. For example, access to federal facilities. For example, NASA and the Air Force have announced that it will be testing telework capabilities on Friday, March 6. Now, whether the test is due to the coronavirus or just general emergency preparedness planning, these agencies and likely others to follow are just making sure that they can maintain operations should an emergency that prevents people from going into the office occurs. If, for example, the agency requires its employees to telework, this could delay contractors performance if employees are not available., government employees are not available for scheduled tests, evaluation, program reviews or other contract oversight.

Tom Temin: So really, it’s the interpersonal communications that happen in the context of these types of reviews that could really be harmed. It sounds like you’re saying?

Tom Temin: I guess the difference here is it’s not a federal shutdown because of lapse of appropriations should this happen so that you could still teleconference and federal employees can still do their work even though they’re not on premises. That’s the fundamental difference here.

Tom Temin: And what are the implications if you have employees that are on site at the federal customer and they’re doing programming or they’re doing operational type things. What is the status then if the government agency physically is shuttdown, does that mean you don’t get paid for work that’s not being done or what?

Michelle Coleman: Well, I think it just depends on what kind of contract the contractor has, what kind of work they’re performing. If the contractor is able to continue performance, notwithstanding the fact that work should that ordinarily occur on the government’s site or on a government facility is unable to occur,

Michelle Coleman: Potentially. For contractors who have firm fixed price contracts, for example, and there providing security guards and they’re able to work and they’re paid on a monthly basis, for example, and perhaps they work, you know, three or four days, maybe a couple weeks out of the month but maybe there aren’t able to work the latter half of the month. There’s a possibility that the government still is going to be required to pay that fixed price amount. Because some work was performed during that month. Other contract types might not be so, that payment may not be provided.

Tom Temin: Got it. And what if the contractors own offices have to shut down, let’s say the agency is in Phoenix or something and the offices that shutdown are in Alexandria, Virginia, Then I guess that’s probably has less implication for contract performance.

Tom Temin: In some sense. We’re probably better off in 2021 with this kind of thing, because everybody has really well developed telework capabilities that 20, 30 years ago it was a little tougher, wasn’t it?

Michelle Coleman: Absolutely. 20 or 30 years ago, this may have shutdown the entire government operation, assuming that the government wasn’t able to work or come into their offices.

Tom Temin: And let’s talk about the tool kit. One of the things I noticed in there that you’re publishing is some important questions that contractors should be asking their government customers right now. What are those questions?

Michelle Coleman: Absolutely, The choices contractors make to respond to the coronavirus could have contractual implications. So it’s very important that these questions are asked to the government. And if there’s any government direction that results from these conversations, that the contractor actually keeps a record of that direction. But some of those questions might be just the general. If you haven’t already done so, does the government have an emergency preparedness plan? And if so, if it’s able to share that plan with the contractor? What is the government’s contingency plan to ensure that performance continues if government personnel are unable to report to work? Other questions could be, how the government intends to communicate emergency information to contractors and subcontractors, if such notification isn’t spelled out in the contract.

Tom Temin: Yeah so really communication at this point is key. And who should you communicate with? The contracting officer? Or should you talk to the program people because that’s the ultimate customer.

Michelle Coleman: Absolutely. Always talk to the contracting officer whenever there’s going to be an issue that’s going to impact contract performance. But certainly you want to keep your program, the government’s program manager and the program team abreast of any developments that may occur.

Tom Temin: And what about the labor or management, or perhaps, if you have a unionized workforce, some of the contractual possibilities that could come up when people’s work is interrupted or curtailed in some way,.

Michelle Coleman: There are a lot of potential labor and employment issues. We won’t be able to discuss them all here, but some of them are just considering how to handle compensation for hourly nonexempt employees and salaried employees in the invent that the government stopped performance or suspends performance. If work isn’t performing, contractors need to consider whether a The Worker Adjustment and Retraining Notification Act, what’s known as a WARN Act notice is required. That’s generally required and applies to lay off the 50 or more employees. So these are the sorts of questions that contractors need to be asking themselves and considering to ensure that they’re able to confirm whether the storm of the impact of the coronavirus.

Michelle Coleman: That’s absolutely correct. And it’s very important that contractor’s understand that. Take a look at their contract, work with their government and customer to make sure that they are minimizing any impact that may result due to the Corona virus.

Tom Temin: Suppose someone goes to work at a federal agency or they come back and they’ve got coronavirus. Then what happens?

Michelle Coleman:Well, I think the most important thing is to immediately notify the government that one of the contractors employees has contracted the coronavirus and that they’ve worked at the government facility. I think that’s important. What’s important is to make sure that the contractor has a good internal system for emergency notification. Whether that’s a point of contact at the contractors facilities or within the company, or even a hotline where employees can call in and let the company know what’s going on, how they’ve been impacted by the coronavirus or even family members, because a family member contract of the coronavirus, that employee then goes into work not realizing the incubation period is so long that could have potential impact to employees that are working with that that employees and on that government site.

Tom Temin: So the smart companies then are having meetings this morning really to plan what could happen here because nobody really knows, but you want to be prepared. You don’t want to look like, say, some people say the CDC looked and caught kind of not ready to roll.

Michelle Coleman: Absolutely. You wanna have a plan. It’s important to have a plan not just for your contract with the government, but also just so that your employees know that you’re taking this seriously. That companies know what they’re doing on and are able to respond quickly to emergency situations.

Tom Temin: Michelle Coleman is an attorney with Crowell & Moring. Thanks so much for joining me.

Michelle Coleman: Thank you so much Tom. 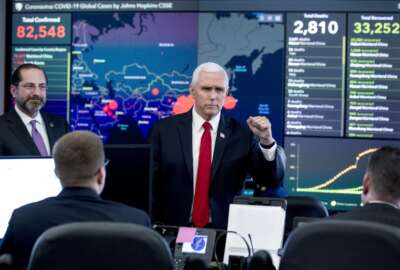 Contractors should prepare for the coronavirus 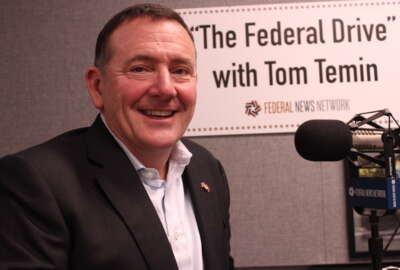 Small differences between how contractors, feds get clearances