Though the Defense Department’s actual numbers won’t come out until January, federal contract spending for fiscal 2020 is projected to land somewhere upwards of $600 billion — an $89 billion increase over 2019. Around $30 billion of that increase was COVID-related spending.

With a vaccine still on the horizon, and a presidential transition now underway, projections on contract spending for 2021 are murkier than usual. That said, Kevin Plexico, senior vice president for Information Solutions...

Though the Defense Department’s actual numbers won’t come out until January, federal contract spending for fiscal 2020 is projected to land somewhere upwards of $600 billion — an $89 billion increase over 2019. Around $30 billion of that increase was COVID-related spending.

With a vaccine still on the horizon, and a presidential transition now underway, projections on contract spending for 2021 are murkier than usual. That said, Kevin Plexico, senior vice president for Information Solutions at Deltek, said there are a few things that can be expected.

First, the topline budget caps are already set for next year due to the Bipartisan Budget Act of 2019. They provide for modest increases in discretionary spending, which tends to lead to increases in contract spending. It’s worth noting as well that 2021 is the final year subject to the restrictions of the Budget Control Act.

Second, President-elect Joe Biden has presented a seven-point pandemic response plan, which includes testing and tracing, as well as potentially $25 billion for vaccine development and distribution. It’s likely to include significant spending on personal protective equipment as well, and it’s possible he could invoke the Defense Production Act toward this end.

“But it would also be easy to see additional investments in telehealth and telemedicine for federal health care providers, as well as areas of medical investments in analytics and cloud computing to better equip our healthcare providers at the federal level, to deliver health care in a way that keeps people safe, especially those that might be most vulnerable,” Plexico said during a Nov. 17 webinar. “And we think all this can lead to increasing budgets, as well as growth and contracting to entrepreneurs.”

And that’s not the only place where analytics, cloud computing, and similar technologies are expected to be represented in the new budget priorities.

“Biden has expressed support for sustaining funding for the military, yet increasing funding for emerging technology,” Plexico said. “We think this has a potential disruptive effect [if] we try to free up money in areas where we think it’s more traditional defense, and invest in areas that might be more leading technologies, such as unmanned systems, cybersecurity and artificial intelligence. And while we might have top line spending remaining relatively consistent, at the same time, we think this also could create some hotspots in the market for some of these emerging technology areas.”

Plexico said he’s heard calls for investments of up to $300 billion in research and development in these areas. He also noted that’s been a largely nonpartisan proposition in the past.

Another area Plexico said he expects to see increased funding prioritized is support for contract oversight. This would help ensure transparency in federal spending, which is expected to be a policy priority for the new administration.

On the subject of new policy positions from the incoming administration, Plexico had a little advice for contractors.

“I’ve seen new IP policy, new acquisition policy, new climate policy, obviously new tax policy, which has less impact on contractors, but certainly an impact on the nation. Those are the kind of things you need to understand,” he said. “And make sure that your messaging from your company for the products that you provide help demonstrate your connectivity to that and what they and what their new policies and priorities are going forward.”

Plexico also had another warning for contractors: Increasing compliance requirements and regulations are creating a barrier to entry in the federal market. He said the number of prime contractors in 2020 was lower than in 2015, 2016 or 2017. He attributed this to new government privacy regulations, Cybersecurity Maturity Model Certifications and other cybersecurity requirements, and increased pricing compliance regulations.

At the same time, consolidation efforts like category management are reducing the number of prime contracting opportunities, meaning more companies are competing for those spots. Both of those things are creating incentive for some companies to partner instead of prime for certain opportunities, Plexico said. 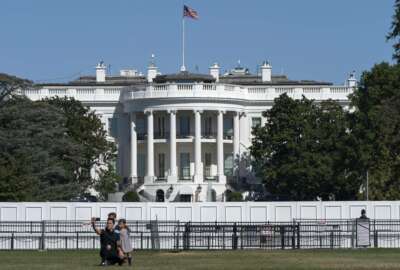 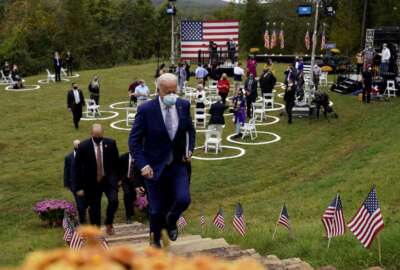