When it comes to the Biden administration regulatory agenda, contractors are waiting for the shoes to drop

Not surprisingly, the Biden administration imposed a regulatory freeze across the government, presumably until its own people are in place everywhere. What can we expect afterwards and what would industry like to see? Federal Drive with Tom Temin turned to the president and CEO of the Professional Services Council David Berteau for some insight.

Tom Temin: And David, this freeze is not something you have never seen before, is it?

David Berteau: No, every administration, Tom, when they first come into office, put something like the regulatory freeze in place. It freezes the existing regulations that are in the process, that is, for instance, that have been proposed and public comments are still being sought, or public comments have been submitted, but they haven’t yet been adjudicated. And so the final rule hasn’t been promulgated. What they typically do is they have two things. One is this freezes in place until we’re ready to lift it. But the second is, there are places where you can waive the freeze and move forward, if it’s important enough. Typically, that has to be approved by the incoming administration’s highest Senate-confirmed appointee or there is no Senate-confirmed appointee yet, for instance, NASA or General Services Administration, the highest political appointee who’s in place on a case-by-case basis. So some things do move through the process. So we look for, really, four things as we’re watching this. One is what rules are being undone from the previous administration. And we’ve had a host of those, a lot of executive orders have revoked previous executive orders and rules. Now, for a rule to be undone, you actually have to go through the rulemaking process, right? So it’s not like one memo and you’re done, but you at least can kick it off. The second is, there’s a backlog of new rules from legislation. And if you look at the FAR Council website, or the Defense FAR supplement website, you’ll see huge numbers of legislative provisions that have yet to have final rules issued. So those are frozen as well. And those have to be undone and move forward. There’s a big backlog there: Procurement administrative lead time; lowest price, technically acceptable contracting; reciprocity for clearances – these are all issues that we’re watching that we’d like to see move forward. And then the hardest part to calibrate, though, is the new rules to implement the administration’s priorities. Because those you can’t tell by looking back to see what the previous administration – you can’t tell by looking at legislation, you can only tell when they when they begin to propose it. We will see some things coming out of Buy America, the Buy America executive order had a number of 100-day assessments from the agencies. We’ll see what comes out of that you can see some rules coming there. We’ll certainly expect some climate change rules. And probably you know, there’s a phrase they’ve used in a couple of vaccine orders: Contractors who follow quote, fair labor practices. While at PSC, we believe all of our members follow fair labor practices –

Tom Temin: Depends on what you mean by “fair.”

David Berteau: Well, it can mean that exactly. And so we do expect to see some things coming out. We’re watching, for example, would there be something on federal minimum wage for contractors, even if it isn’t done nationwide? It could be done for contractors. Paid family leave requirements for contractors. And then of course, it’s not only a question of the rules, but the question of who pays for that. And then last, there’s the role of the Office of Information and Regulatory Affairs – OIRA.

Tom Temin: Yes, and we haven’t got a permanent appointee to run OIRA. What have you seen going on there so far, though?

David Berteau: Well, it’s very interesting, because as you may recall, the previous administration actually did do a substantial change in OIRA. And there’s a lot of change in sort of the cost benefit analysis and the way economists would think about cost benefit analyses. This administration early on in one of his executive orders revoked that and put more attention into what they call hard-to-quantify benefits. Now, you know, if you can’t quantify a benefit in terms of $1, you have to either make something up or figure out another way to assess it. There’s also I would argue, hard to quantify costs, and costs are obviously in terms of dollars. So we’re watching how the OIRA plays out. We haven’t seen any output yet, but we have seen a big change in the way OIRA is thinking about reviewing regulations as they come out. So we’re watching all four of those things.

Tom Temin: We’re speaking with David Berteau, president and CEO of the Professional Services Council. And moving on – 100 million people are said to be vaccinated now in the country and that’s coming faster and faster, it seems with each week. What have you heard with respect to contractors returning to work and for that matter, the government returning to work?

David Berteau: Well, that’s the first part is the government has to set its own decisions as to when it comes back and how it comes back and how many come back and how many days a week etc. Yeah, the guidance that the CDC has put out for vaccinations is a little bit confusing to some people. It says that if you’ve been vaccinated and you’re around other vaccinated people, of course, you can be maskless. That sort of makes sense. So I’ll come back to the question of the variance in a minute. Or you can be around people who won’t be severely affected if they are infected because one of the things we still don’t know is to what extent can a vaccinated person still transmit the disease? We all we know that a lot of people are asymptomatic. They don’t show any signs and symptoms, they can still infect others. So it says the CDC says okay, if you’ve been vaccinated to be without a mask around people who won’t suffer a whole lot if they get sick. While the question is how do you know who those people are? There’s no way to know that whether you’re going to get really sick or not. And so there’s also a question of how do you confirm that someone’s been vaccinated? There’s no national vaccine card, you get this nice little piece of paper, but it’s pretty easy to fraudulent, we duplicate that and pretend you’re vaccinated if you’re not. But the real question is, you know, what is the return-to-work workforce look like? So half the people are working remotely about half have to be – you can’t do lab work or repair work remotely, you’ve got to be in the facility or classified systems and networks. And so there are a lot of questions about who can come back. But there’s a subsidiary set of issues. When do schools open, when are the children going to be in school? Do I have elderly parents now or elder cares that I have to take care of? Who’s vulnerable? And the government actually isn’t allowed to know nor are companies allowed to know what’s HIPAA-protected information. So you can’t look at a person and say, well, clearly, you’re not vulnerable. There’s a lot of underlying conditions they could have. Or you might look at a person like me and say, well, you’re clearly vulnerable, but maybe I’m not right. And so, a lot of that, and plus the question of transit – how do you actually get all those people to to the workspace? The government has not given any guidance yet. Of concern to us, though, is they’ll give guidance at the top down for the federal civilian workforce, but leave it up to one contract at a time for contractors. And that’s not going to work. It’s not going to make sense. So we’re pushing that with the administration, with the Office Federal Procurement Policy, and with the FAR council agencies, NASA and GSA and DoD to to take contractors into account as the issue the guidance for return to office. How fast will this be? Who knows?

Tom Temin: Yeah, well, more questions than answers at this point, I guess, with still everything connected with the COVID vaccine and the whole pandemic. And while we have you, the House Armed Services Committee has a task force on supply chain issues. And you happen to know the chair of that task force.

David Berteau: Well, Congresswoman Elissa Slotkin, she’s the chairwoman of this task force, and she and I did serve together in the Pentagon before she ran to Congress. She was actually motivated to run for Congress, if you read her life story, by helping her mother beat cancer and realizing that we had some health care problems in America that we needed to deal with. And of course, the pandemic only exacerbated those. And so as they announced their taskforce, she put out a press release, they had a media briefing, etc. A lot of focus on manufacturing and manufacturing issues. At PSC, we think of supply chain a little more broadly than that. We think, first of all, that there’s key workforce questions. In fact, Tom, years ago, I did a study of the supply chain for nuclear attack submarines. And what we found was the single biggest link, the single most important thing to keep going, no matter what the production rates were, were the workforce – not the parts, not the components, not the subsidiary manufacturers. And so I think focusing on workforce, in addition, what we’ve seen recently and you see it with SolarWinds, you see it with the Microsoft Exchange server reports, etc., is that a lot of risk in the supply chain is not so much in the – not just in the components and the containers that are piled up off the coast and can’t offload them, etc. But it’s in software, it’s in telecom, it’s in data and data systems. How do you know your data haven’t been infiltrated or even changed? Even – forget being stolen, what if they manipulate the data to be something other than that? Those are those are supply chain risks that, we would think that the taskforce would do well to look at.

Tom Temin: David Berteau is president and CEO of the Professional Services Council. As always, we appreciate your perspective.

Tom Temin: We’ll post this interview at FederalNewsNetwork.com/FederalDrive. Here the Federal Drive on demand. Subscribe at Podcastone or wherever you get your shows. 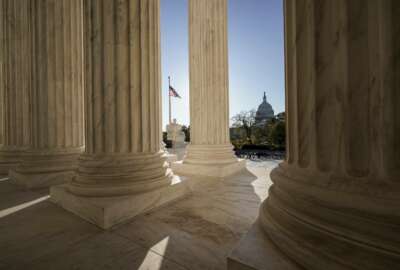 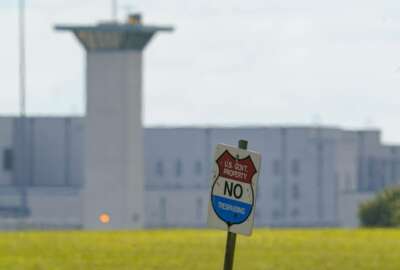