A Deming moment for the federal data effort

Here are excerpts from that discussion.

Federal News Network: Is it a good time to be a federal contractor?

Andrew Churchill: It’s a great time to be working with the federal government. I’d say, and probably a lot of my peers would all agree, it’d be nice to see a little bit more continuity in the fiscal funding cycle. I wish that continuing resolution wasn’t a part of the normal vocabulary of my leadership. I wish they’d never heard that phrase when we start doing strategic planning. But it is a great time, modernization, innovation are a focus like never before, and we’re in the data business. I can’t imagine a better period of time. I’ve been working in data for the last 15 years. And I feel like somebody pinch me, you know, everything’s coming together. The policies that are placing focus on investment and innovation, really are making a big difference.

When we start having that moment [of it being all about the data], it’s really when the technology arrived, that made that no longer the barrier. If we were going to talk about what’s possible right now, in terms of innovation in terms of taking advantage of this strategic asset, we’ve really moved beyond technology as the barrier to success and into politics and policy. Those really are the things that stand between the insights that will drive innovation, modernization, better service to the citizen and better care to the veteran.

FNN: One common reframe, we hear is data is the new oil. And data is what’s driving everything. You mentioned the technology made it easier. But that’s not why people kind of come to this realization.

AC: Because of the policies and the focus, I kind of feel like it’s the Deming moment (as in management consultant and author W. Edwards Deming). Without the data, it’s just another opinion. We’ve got to the Federal Data Strategy, we’ve got all of these things focusing on policy being driven by data. And all of a sudden, they really do need to bring forward actual metrics of what’s happening.

We’ve got organizations right now that have senior leaders, two-star admirals that are running meetings from dashboards. And it’s creating a culture of data adoption that we’ve never seen before, whereby people aren’t bringing PowerPoints into these briefings.

FNN: To take advantage of the data and tools, agencies still need the underlying infrastructure to make this work. So I’m imagining another big trend is the cloud because it relates back to data.

AC: When we’re talking particularly to the IT departments that support our customers, nine times out of 10, cloud comes up as if we are not there now, we are going there, then conversations about how do we get there. And it’s very exciting because it’s enabling great analytics that are going to drive so much more possibility within the data space. That’s the way that it’s going to break down some of the barriers to actually deliver data to the point of analysis. So as we look to cloud, we’re really excited about some of the things like Cloud Smart, some of these policy initiatives that are going to hopefully simplify the way that the government adopts technology to be able to more easily assemble the right components and modernize, whether that be a legacy capability, piece-by-piece, or in the wholesale.

FNN: Where are agencies when it comes to being able to access their data to get it into the cloud?

AC: You’ve hit on the biggest area of friction right now. Right now, data is becoming even more and more fragmented, really let’s just say technology assets are more fragmented; they’re in cloud, they’re on premise, they’re in multiple on premise implementations. And we need to be able to traverse those things. Hybrid is the model of the future. It will exist everywhere. And the policies are going to have to catch up with the technological ability and the operational requirement that that drives.

AC: We have been involved in M&A. We’ve made about $700 million worth of acquisitions over the past 12 months. For us, it was a way to rapidly extend our capabilities to address needs we were seeing in the market, and to do so in a way that we were able to bring in a mature capability rather than growing it organically.

We’re seeing that consolidation trend everywhere. Whether it’s private equity money or just the huge wallets of the Googles, AWS or Microsoft, you see that in the tech side, and then on the on the industry systems integrator side as well. So it’s changing the landscape. It’s kind of left an interesting effect around this idea of the barbell effect, where I have this huge wave of innovation around artificial intelligence and machine learning, and all of these data operations capabilities. And then, the big guys who were swallowing up as much as they can get. The stuff that gets left in the middle is sort of the stragglers. But I would imagine that it’s very challenging if I’m planning large scale acquisitions on the government side to try to understand what the landscape is and whether or not I want to invest with this particular systems integrator or technology, knowing that they could become party to another company that may or may not be all of that friendly to the investment to my overall enterprise architecture strategy. Cloud is that place right now, where you’re seeing so much consolidation. One of our major competitors was acquired by one of the major cloud vendors and that’s a big change right there and everybody’s still waiting to see how that affects it.

FNN: Tell me something about yourself outside of your work in the federal market.

AC: I’m a talk radio junkie. I meant to bring my print out of my picture with [WTOP’s] Joan Jones and Mike Moss when I was in the old building, I have a tattoo of Joan Jones on my left shoulder. And I’m not fibbing at all or stretching the truth when I say that my bored children have considered calling child social services because I subject them to Federal News Radio and WTOP at all hours that they’re in my car. Outside of that … I like a lot of people, that are almost 50, I spend a lot of time avoiding exercise and talking about how fit I used to be. But [I] run, fly fish and spend a lot of time on the sidelines, trying not to yell too loudly, [about] whatever’s going on in the field with my kids. 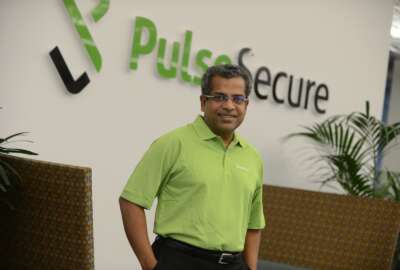 Giving agencies freedom and security requires them to be risk aware, not risk averse 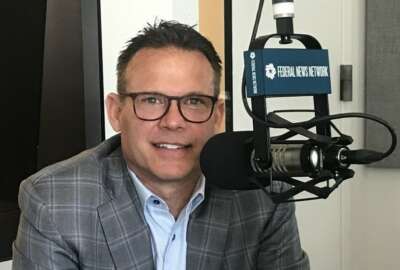 Contracting with the federal government is not for the meek 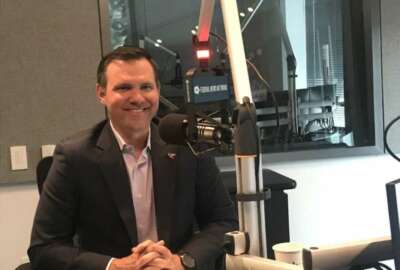 One contractor brings technology innovation through the ‘sticky note’ approach