For the Maritime Administration, ship operations are often an outsourced affair. But when MARAD sought a vendor to buy, staff and maintain ships for its ready reserve fleet, it made a number of errors in its solicitation. Federal Drive with Tom Temin  got details on the case from procurement attorney Joseph Petrillo.

For the Maritime Administration, ship operations are often an outsourced affair. But when MARAD sought a vendor to buy, staff and maintain ships for its ready reserve fleet, it made a number of errors in its solicitation. Federal Drive with Tom Temin  got details on the case from procurement attorney Joseph Petrillo.

Tom Temin: You would think MARAD would have this kind of down to a science by now, but apparently they didn’t. What went wrong?

Joe Petrillo: Well, a bunch of things went wrong. There was a GAO bid protest decision recently in a case called Pasha Hawaii Holdings and it involved a MARAD procurement for the ready reserve force. That’s basically for ships that are available for operational status within five to ten days. So the contractor has to actually procure the ships and maintain them, keep them in a state of readiness, and if they’re called into full operational status, contractor has to approve them and operate. The solicitation provided for the evaluation of the usual factors, technical and management approach, operations and maintenance, past performance and price. And all the non price factors were significantly more important than price. The award went to Crowley Maritime, which got the highest evaluation scores in every category. They did better than the protester did in every single category as well. And their price was substantially less than the protesters, it was $21 million less than the protesters.

Joe Petrillo: It sure does. Notwithstanding that, Pasha filed a protest, they felt that Crowley Maritime’s price was unrealistically low. And in fact, this is a procurement in which price realism was going to be evaluated to assess performance risk. Is there enough money in the contract for the contractor to actually perform the work? So protest proceeded and there were four major problems with the evaluation and the award decision. First of all, the lower price was due mainly, if not exclusively, to the reduced price that was proposed for the staffing part of the contract. And that was the result of the offerors proposal, Crowley’s proposal for a very reduced staffing profile. Now, the question is how far down can you go? And in that regard, the solicitation was extremely confusing and complex about what the staffing requirements were, there was a document that laid them out called the ship manager contract. And then there was an attachment that wasn’t even provided with the solicitation that seemed to provide minimum staffing levels. And then there were a bunch of factors that had to do with the actual staffing, which couldn’t really be finally determined until the ships were actually procured.

Tom Temin: And we’re not talking about 42 foot little sloops here. We’re talking about major ships that need a level of staffing that could support military operations.

Joe Petrillo: Certainly, yeah. The example given in the protest was a ship that required about 26 full time crew for operations. And these things together lead to a lot of question about whether Crowley had proposed an adequate amount of staffing. There’s a lot of redactions in this protest, as you can imagine, because the procurements ongoing, but it seemed pretty clear that Crowley wasn’t coming up to what appeared to be solicitation minimums. So the price realism analysis MARAD did never address this point, that was a serious problem with it. First protest issue. Second issue was well did the solicitation have real minimums for staffing? The protester said it did, MARAD said it didn’t, there were no minimums.

Tom Temin: So you can win the bid by having one person aboard the ship to keep the lights on or something.

Joe Petrillo: Well, yeah. Which of course wouldn’t make any sense. But there was this debate about what the solicitation actually said. And MARAD pointed, said, well look, here’s this answer to a vendor question that supports our case. The vendor question was this paragraph with three questions in it. One of which was an either or question. And MARAD’s answer was a single word, no. Now how that eliminated ambiguity, I’m not sure, but it didn’t seem to do a very good job.

Tom Temin: So the basic issue here then is in the evaluation standards given to the vendors versus how MARAD actually evaluated the bids. Sort of a classic problem. Right?

Joe Petrillo: In many ways, this is the sort of thing that does derail a procurement when a protest is sustained. There were actually two other problems with it. One was the past performance evaluation of Crowley, which gave it credit for a shipbuilding contract performed by the corporate parents of Crowley Maritime. Unfortunately, the corporate parent wasn’t even involved in contract performances, Crowley admitted. There was no information about the shipbuilding contract in the evaluation that would lead you to believe that it was done properly and well and what relevance it had to this contract.

Tom Temin: Because this contract was not for shipbuilding, but for a ship acquisition of a used ship.

Joe Petrillo: Yeah, basically that’s right. There may have been some modifications involved but it was somewhat different and the connection wasn’t made in the evaluation documentation. And finally MARAD downgraded Pasha’s management proposal because the schedule didn’t include certain items. But there was an answer to a vendor question in which MARAD said, well the schedule ends at the point the ships are procured, and the items that they were complaining about were after that, so they didn’t need to be on the schedule, there was no reason to put them on the schedule. And the protest was sustained.

Tom Temin: Got it. So that means that it didn’t go to the protester, Pasha but MARAD has to rejigger the whole solicitation.

Joe Petrillo: Exactly. The latent ambiguity in the solicitation is the kind of thing that you know makes it impossible to go forward with an award with the offers as they’ve been submitted. MARAD has to clarify its requirements, amend the solicitation, give everyone another chance to submit proposals and reevaluate. And Crowley may end up to be the awardee, eventually, but there wasn’t a good enough evaluation to support its award right now.

Tom Temin: And by the way, what sorts of dollars are we talking about in terms of orders of magnitude here?

Joe Petrillo: The evaluated price of the awarded contract was $56 million. And Pasha’s proposal was $77 million. It isn’t clear from the decision whether that includes the actual price of procuring the ships or just the price of operating them.

Tom Temin: It’d be a good time to get some cruise ships really cheap I imagine if there are any use to the MARAD in more time.

Joe Petrillo: I doubt they would meet the requirements of this particular contract.

Tom Temin: Alright. Procurements attorney Joseph Petrillo is with Petrillo and Powell of Washington. Thanks so much for joining me. 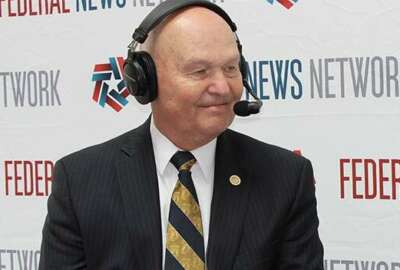 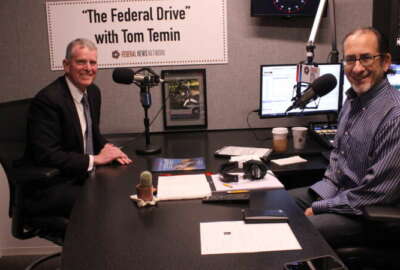