DHS, DoD cyber officials see AI as way to ‘make the most impact’ with workforce

As agencies roll out automation tools to cut the time employees spend on menial tasks like data entry, the departments of Defense and Homeland Security are looking at using those same tools to improve their cyber readiness.

Officials from both agencies see AI tools as a force multiplier for their limited cyber workforces that need to stay...

As agencies roll out automation tools to cut the time employees spend on menial tasks like data entry, the departments of Defense and Homeland Security are looking at using those same tools to improve their cyber readiness.

Officials from both agencies see AI tools as a force multiplier for their limited cyber workforces that need to stay at least one step ahead of potential hackers. But they also say the emerging tech raises just as many challenges as it does opportunities.

Martin Stanley, an AI and technical adviser for the Cybersecurity and Infrastructure Agency, said DHS is looking at AI to augment the jobs of cyber analysts and help the agency get more bang for its buck.

“We’re trying to make the most impact with the funding that we have. I think today, in a lot of spaces that are especially emerging, you’re a drop in the ocean. We’re starting, but there’s only so many networks we can support from a cybersecurity perspective. If we get some capabilities that allow us to expand, then we’re going to be able to use our people in a different way,” Martin said.

The Trump administration has made shifting employees from low-value to high-value work a governmentwide priority and has launched a reskilling academy to train non-IT federal employees to fill cybersecurity jobs.

“As managers, we really need to start looking at ways that we can transition folks into new positions, and build these human-machine teams that allow the humans to do the thing that they’re good at — which is to deal with the unpredictable, very complex kinds of decisions,” Martin said.

Compared to the private sector, agencies like DHS have a pretty limited R&D budget to pilot and implement AI tools, which means the pilots the agency does to run have to be a pretty safe bet.

Andre Hentz, the acting deputy secretary for science and technology said DHS has found a solid return on investment using AI to help customs officials flag international packages for “non-obvious things” like fentanyl and other narcotics.

“Those things are moving so fast, and there are bags, inside of bags, inside of bags. And so if we have enough of that very structured information, how can we use machine learning, automation [and] AI to begin to understand what is in that,” Hentz said.

Aside from DHS, the intelligence community also has trouble keeping up with its workload. Ray Cook, the chief technology officer for the Central Intelligence Agency’s Science and Technology Directorate, said AI tools might help analysts get a handle on the agency’s torrent of data.

“We have a huge data problem … and we have a finite workforce that has no chance whatsoever of keeping up with the pace — the variety, velocity and volume of that data, without some automation,” Cook said.

AI might help cyber personnel monitor for threats, but agencies still face challenges recruiting the next generation of talent in these areas.

Col. Jason Brown, director of the strategic service group for the Air Force chief of staff, said the service is looking at ways to reskill airmen for the digital and emerging tech skills that remain in short supply.

“The reality is we believe that we cannot hire every coder that we need, [so] we’re going to have to grow them,” Brown said, adding that efforts to reskill airmen include tech boots camps and massive open online course (MOOCs).

Members of Congress are looking at ways to build a better pipeline for AI talent. Rep. Jerry McNerney (D-Calif.), the co-chair of the House AI Caucus, said his bipartisan AI in Government Act will help the U.S. stay ahead in the race to develop the best AI.

The bill tasks the General Services Administration with setting up an AI Center of Excellence, but GSA has already taken an important step forward on that goal when it recently struck a partnership with DoD’s Joint AI Center.

Another part of the bill would require the Office of Personnel Management to stand up a new job series for AI positions and identify key skills needed for those roles.

On that point, Brown said the Air Force is making progress toward identifying airmen with AI skills.

“I know we will have AI certifications, and those will mean something,” Brown said. “I think we’ll have very specific positions and billets where we require someone to fill that who has that AI certification.” 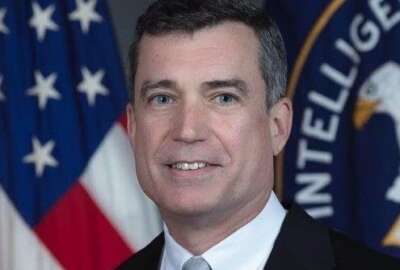 Tired of talking about the cyber workforce challenge? Here’s 3 agencies finding a solution