The troubled F-35 jet sure spreads the money around

No one knows what the F-35 aircraft can do in a war, say, over Taiwan. One thing we do know is the fifth-generation fighter, now something like 20 years in development, has economic significance. Something like $72 billion F-35 dollars is spread throughout the U.S. economy every year. For more details, the Federal Drive with Tom Temin spoke...

No one knows what the F-35 aircraft can do in a war, say, over Taiwan. One thing we do know is the fifth-generation fighter, now something like 20 years in development, has economic significance. Something like $72 billion F-35 dollars is spread throughout the U.S. economy every year. For more details, the Federal Drive with Tom Temin spoke with Kevin Michaels, the managing director of AeroDymanic Advisory.

Tom Temin: Your firm, which advises aerospace companies, undertook this study. What was your goal here in looking at the economic impact of this plane?

Kevin Michaels: The goal was really to understand what the F-35 program means holistically to the U.S. economy. And it is holistic in the sense that it includes not only all the activity that goes into making F-35s, but also all the activity related to sustaining F-35, as it relates to training, maintenance, logistics and the like.

Tom Temin: I mean, in some sense, it’s fair to say that the plane takes a lot of maintenance and lifecycle costs other than building. And so some of the weaknesses of the program, you could say, are the economic strength of the financial end of it, or am I over interpreting here?

Kevin Michaels: I don’t know. The U.S. economy and the aerospace industry have gone together so closely over the years. I mean, it is the number one export industry historically of manufactured goods in the U.S.; it’s where we have an undisputed advantage. And the F-35 program has meant a lot to this industry, at a time when it’s no secret that Boeing in the Pacific Northwest has been going through unprecedented difficulty not only related to the Max situation, but also the COVID crisis.

Tom Temin: Right? They just reported bad results the other day, because now that they’re past the Max situation, apparently, now they’ve got supply chain issues, and they have some issues in their military business, too.

Kevin Michaels: Absolutely. It’s hard to find a program at Boeing that has run on schedule and on budget. So it’s a very difficult time from both civil and military. But in contrast to that, while we’re going through these difficulties, military production has been robust. And the F-35 program especially so, in light of the new geopolitical circumstances we find ourselves in now.

Tom Temin: And it has been exported to quite a number of allies, even though it’s not fully operational in the U.S. Armed Services. It’s not totally doing what they want it to do, but it’s sort of semi-engaged. But it is also engaged around the world. Right?

Kevin Michaels: It is. And as a fifth generation fighter, the world’s most capable fighter, suddenly now in light of what’s happening in Russia-Ukraine, and the geopolitical tensions in the South China Sea, suddenly everyone wants to get their hands on this. And we’ve had a number of significant procurements in recent months and significant increases in defense budgets outside of the U.S., headlined by Germany.

Tom Temin: Sure. And do you think that the Pentagon has done the best? I mean, the troubles with the program have been well documented, but have they done a good enough job, you think, of selling the benefits of the program, both militarily and economically? I guess it’s not their role to sell it economically. But militarily?

Kevin Michaels: Militarily, yeah, I think it’s pretty well known where it stacks up in the pecking order around the world for those people that study fighters closely. And it is in its own swim lane right now.

Tom Temin: All right. And by the way, let’s get to the issue here. What is the economic impact of it, say per year or in toto?

Kevin Michaels: So the headline number is that the F-35, the economic impact on the US economy is $72 billion a year. That’s a very, very large number. And let me unpack that a little bit what we mean by economic impact. We can separate economic impact into what we call direct and indirect. So direct are the people directly employed in the program, whether they’re in the final assembly or making parts or components that go into it, or they’re a maintainer. That’s the direct side of the equation. And we estimate that to be about $34 billion. There’s also an indirect economic impact. That is, it’s the money that employees that are paid by the program go out and spend in the community and their homes and restaurants and on goods and services. And that’s the second element. The direct economic impact is $34 billion by our estimate, and the indirect is $38 billion. So the net is $72 billion.

Tom Temin: We’re speaking with Kevin Michaels, managing director of AeroDynamic Advisory. Do you have a figure, a rough figure on the number of individuals jobs employed that are connected to this program? I guess it’s hard to count because people may work on more than one thing.

Kevin Michaels: It is, it’s tens of thousands. And it wasn’t our charter to estimate the employment on this. Why is the number so large? If you just look at the value of the F-35 deliveries by themselves in the last year, I think it’s on the order of about $13-$14 billion. So then the question is, well, how do you get to $72 billion? But for every F-35 that comes off the assembly line, there is a multi tier supply chain. You have big system suppliers, people that supply structures to the aircraft, people like Northrop Grumman, that do that. People like Pratt and Whitney that make the engines. But then these companies in turn spend a lot of money with their suppliers, which we call tier two suppliers; you’re going down. And these are smaller shops, typically. And then this whole act continues. Where the tier two spend money was smaller suppliers, which we call tier threes. So when you work your way through the tiers, the $14 billion, roughly, in deliveries, it adds up to about $30 billion of total manufacturing activity. And then you throw in the people turning wrenches, and so forth to support the program, very big in places like Oklahoma and Utah, where there are major F-35 bases, and then it’s another $4 billion.

Tom Temin: And it’s probably fair to say that there is a lot of really cutting edge — I hate that phrase, but — advanced manufacturing connected with this. This is not just putting a DC3 together with rivets and aluminum.

Kevin Michaels: Absolutely, it’s cutting edge manufacturing. Some of the production facilities have been lauded as being some of the best in class production facilities in the U.S. ecosystem. And of course, capable fighters like this are really flying computers, have armies of software programmers, the most advanced defense electronics all backing this. So yes, it is very high end.

Tom Temin: And to whom was this report intended? Congress, mainly, or what?

Kevin Michaels: Yeah, I think the report was intended, I think, to a broad set of stakeholders. And clearly, I can’t speak on behalf of clients’ intentions. But I would say that it’s meant to inform the decision makers as it relates to policy. I think it’s related to government officials that have to make decisions about how to support the program and its relevance to their community or whatever public policies they choose to enact. And clearly, it’s also aimed at the supplier community that has come through such a difficult period of time with these crises that we alluded to earlier.

Tom Temin: Sure. Was Lockheed Martin your client, by the way?

Tom Temin: Fair enough. And what else do we need to know about this program?

Kevin Michaels: Its reach is in, I believe, it’s 48 states. So it’s spread across the country. And it is a major export earner for us as well. And it is, I think, next to the 737 program, which the whole public now is well aware of what it is, I think this could be the next biggest program of all programs out there today in the world of aerospace, which is so important to us. 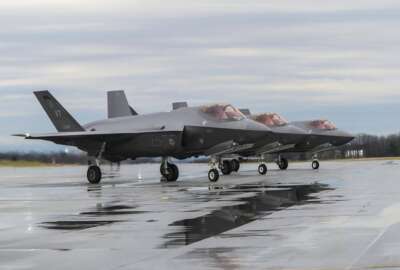 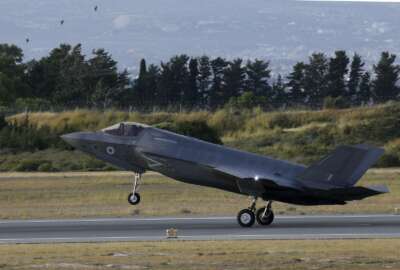