The Defense Department published new rules Friday that will make significant changes to the health insurance system that serves military family members and retirees on Jan. 1, altering the structure and fees of benefit plans, and, according to Defense health officials, making care more accessible.

Most significantly, new beneficiaries will have to make an affirmative decision to enroll in the TRICARE system and will only be able to do so during an annual open enrollment period. The open enrollment...

The Defense Department published new rules Friday that will make significant changes to the health insurance system that serves military family members and retirees on Jan. 1, altering the structure and fees of benefit plans, and, according to Defense health officials, making care more accessible.

Most significantly, new beneficiaries will have to make an affirmative decision to enroll in the TRICARE system and will only be able to do so during an annual open enrollment period. The open enrollment schedule will be the same as the one used by the Federal Employee Health Benefits Program that serves civilian DoD employees: November and December of each year.

The policy differs substantially from the one in place today, in which TRICARE-eligible beneficiaries receive health benefits automatically. With a few exceptions, family members and retirees who do not sign up during the open enrollment period will lose coverage in TRICARE’s “purchased care” market for the following year. They would still be able to seek care in military-run hospitals and clinics, but only on a space-available basis.

The change was one of several Defense health reforms Congress ordered as part of the 2017 Defense authorization bill, But Vice Adm. Raquel Bono, the director of the Defense Health Agency, said the move to open enrollment made sense from DHA’s perspective as well.

“We need to make sure that we have as much information as possible in order to design our provider network,” she told reporters on a conference call. “We wanted to also come as close as we could to what’s happening in the commercial sector, and we’re intent on being able to create some efficiencies in the administration of our health plans. We see this as one of the mechanisms to do that.”

But officials said the open enrollment change will not have any meaningful effect on beneficiaries for another year; 2018 will be treated as a “transition year,” and anyone who’s covered by TRICARE as of Jan. 1, 2018 will be automatically enrolled in the plan that most closely matches the one that serves them today.

The plans are changing as well, effective Jan. 1.  Also at the direction of Congress, DoD is merging the existing TRICARE Standard and Extra benefits — the department’s fee-for-service options — into a single plan called TRICARE Select.

Like Standard and Extra, Select will let patients use any authorized medical provider, but cost shares are lower when beneficiaries see in-network providers. In most ways, it will operate like the plans it’s replacing, but with changes to the ways in which patients pay out-of-pocket costs.

Currently, the cost shares are based on a percentage of TRICARE’s negotiated costs with a network provider (or of that provider’s “allowable costs” if they’re out-of-network). Starting next year, patients will pay a fixed, per-visit rate for in-network providers that varies according to the type of medical care they’re receiving.

For example, under Standard and Extra, a family member of an active-duty service member is responsible for 15 percent of the bill for an outpatient visit from an in-network doctor and 20 percent for an out-of-network doctor. The new Standard plan would charge a flat $27 fee for an in-network provider. The fees for TRICARE-covered retirees are higher: the same visit would cost $35.

“We thought this was something that would be a little more predictable and a little more patient-friendly, and we also thought it was an easier construct for our providers to use,” Bono said. “What we tried to do was take an average, so it should be close to what people are currently paying.”

Another change: The rules set a new requirement that TRICARE Select’s provider network cover enough geographic territory to provide services to at least 85 percent of its beneficiaries, up from just over 60 percent under the existing Standard and Extra plans.

The fee structure for TRICARE’s Prime plan, the managed care option that primarily serves areas with large concentrations of military members, remains largely unchanged, but the rule makes several changes that officials said were designed to improve access to care.

For instance, if TRICARE’s contractors don’t offer an appointment with a managed care provider within a timeframe that meets DoD’s access standards, the patient will be allowed to see an out-of-network provider without paying additional fees. The department says it will also waive some of its previous requirements that patients get referrals or pre-authorizations before patients visit specialty care providers or urgent care clinics, and treatments for obesity are specifically called out in the rule as covered care.

None of the changes are applicable to currently-serving military members, whose medical care remains a government obligation for as long as they continue to serve on active duty, but the fees for family members whose sponsors join the military after 2018 will be different from those that are currently serving, depending on which TRICARE plan they enroll in.

The changes to TRICARE’s health plans were only a few of the tweaks Congress made to the military health system as part of the 2017 Defense bill.

The rules DoD published on Friday nominally implement some of them, but Bono said the department will have to undertake more careful study before the other changes take effect.

Among those changes, Congress ordered DoD to treat expenses for telehealth in the same way it covers in-person visits, adjust the staffing in its military treatment facilities so that the health specialists the military employs  more closely matches the medical expertise the military is likely to need in wartime environments, and to start creating “high-performance” treatment networks in pockets of the country that are underserved by DoD’s system by partnering with the Department of Veterans Affairs and private-sector hospital networks.

“The rule gives us an opportunity to implement some of these things, but it’s going to be an iterative process,” Bono said. “We will be looking specifically at where it makes the most sense to partner with the civilian health care systems that are in the particular areas where we have our beneficiaries. It’s part of our network development and it’s an opportunity to build partnerships. We’ll be evaluating it, and this is one of the things that the open enrollment requirement if going to help us with in terms of understanding where those opportunities might exist.”

Pentagon awards $58 billion to Humana, Health Net, for next round of TRICARE contracts 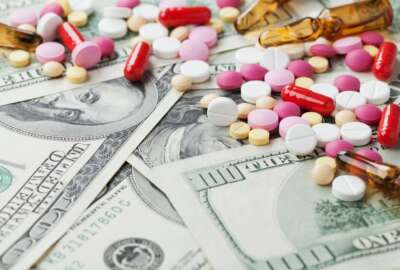