The Pentagon will soon impose an almost complete lockdown on travel for its military and civilian workforce as part of its effort to stem the spread of coronavirus, officials said Friday night.

Personal travel plans will likely be affected too: for DoD military members, the memo forbids anything other than “local leave.” And the department is ordering a stop to all civilian hiring except for new hires that already live in the local commuting area.

“These restrictions are necessary to preserve force readiness, limit the continuing spread of the virus, and preserve the health and welfare of service members, DoD civilian employees, their families, and the local communities in which we live,” Norquist wrote.

The new policy allows for only limited exceptions, and will have to be approved on a case-by-case basis by senior officials in a traveler’s chain of command — no lower than a general or flag officer or Senior Executive Service member. They’ll be permitted to waive the new rules in cases where they decide the travel is mission-essential, for humanitarian reasons, or in cases of “extreme hardship.”

The restrictions, which will be in place through at least May 11, also apply to permanent change of station moves. DoD’s new guidance says in general, military members, employees and their families will only be allowed to go ahead with their PCS moves if they’ve already started their travel. But the department said anyone with moves scheduled in the near future should contact their chain of command immediately to find out if their PCS is affected by the stop movement order.

The decision appeared likely to put additional strain on the moving system by pushing more PCS moves into the summer months, when the system is already stretched to capacity.

And the department appeared to acknowledge that the new PCS restrictions are likely to complicate the lives of people who are just beginning to depart their old locations, such as those who have already had their household goods picked up, but haven’t actually started driving to their new locations yet.

“Each situation is different,” department officials wrote in a list of answers to frequently asked questions. “Individuals will need to contact their shipping office to determine if their household goods are still in the local area and whether or not they may have access to them.”

The guidance is similar for people who have already dropped their personal vehicles off at vehicle processing centers.

“If you’re interested in retrieving your vehicle, contact the VPC immediately. VPCs are postured to assist customers with changing appointments, vehicle retrieval, and answering any other POV-related questions you have.”

Also on Friday, the department imposed new coronavirus measures at the Pentagon itself.

The department had already suspended public tours, but starting on Sunday, it will also prohibit all unofficial visitors from the building and put a halt to large gatherings like retirement and promotion ceremonies.

Also, DoD is suspending all Pentagon visits by foreign officials. And any Pentagon employees who have traveled abroad recently will have to wait 14 days before they’re allowed back to work. Only on the 15th day – if they’re still asymptomatic – will they be able to enter Pentagon facilities. 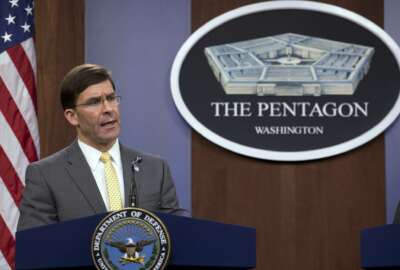 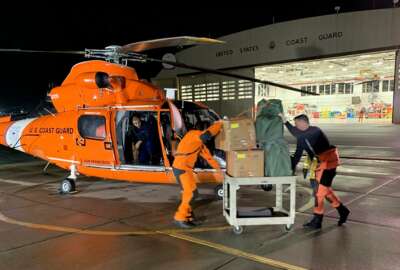 Coast Guard restricts travel in US due to coronavirus 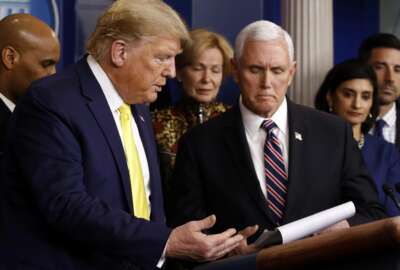 Coronavirus resource: Find out what your agency is planning