The Defense Enterprise Office Solutions program, if it goes as planned, will get the most federal employees into the cloud of any program. Why? Simply because DEOS, which is operated by the Defense Information Systems Agency, is open to every uniformed and civilian employee in the Defense Department.

Essentially, DEOS offers the Microsoft Office online suite of productivity and collaboration applications, with intermediary contractors providing preparation an onboarding services. From a program standpoint, DEOS is a blanket purchase agreement with a five-year base; two, two-year options and a one-year extension. From a functional standpoint, it simplifies software licenses for participating agencies and gives people across DoD a unified set of capabilities. From a financial standpoint, DEOS will give everyone the volume pricing that goes with DEOS as DISA works to get individual agencies or bureaus off small contracts with higher unit prices.

“It’s exciting, because it’s not only about licenses that they’re purchasing,” said Program Director Caroline Bean during Federal News Network’s DoD Cloud Exchange, “but it’s also helping our DoD agencies to get to the cloud as well. So it’s not just about the services they can purchase. It’s also about getting them there and migrating, because we know how hard it is to move to the cloud.”

Bean added that the DEOS catalog contains more than 200 services, including for migration support, meaning that each agency can tailor DEOS to its own requirements.

“There’s definitely flexibility on what [agencies] can purchase on the task orders or based on the multiple sets of CLINS (contract line items) that we have on the BPA,” Bean said.

An incentive for DoD units to sign on to DEOS is the fact at that DISA’s commercial virtual remote (CVR) environment, set up in response to the pandemic and the large number of teleworking employees it sparked, will sunset in June. DEOS permits user Impact Level 5, Bean said, for communications outside of the DoD Information Network and on approved, non-government-issued devices. CVR has the virtue of getting many users used to the Microsoft Teams approach to collaboration, and that will continue under DEOS. DEOS, though has the added capability of federated but department-wide email, including a single universal directory that can accommodate 2.8 million users.

Getting to DEOS will require preparatory work, Bean said, work DISA has already demonstrated for its 70,000 users already on DEOS. It offers other agencies a sample talk order to help them get started.

“Agencies definitely will need to ensure that each of their local networks are ready to access [Microsoft Office] 365,” she said. “So things like their routers, firewalls, ports and protocols – they have to do some fine tuning.”

Bean added, “We’ve already done that. We have a lot of lessons learned to share with the DoD agencies that are now going through this process. There are also tools that we have built, along with our Microsoft partners and our other vendors, that agencies can run in their networks, to be able to provide them with a quick evaluation of some of the potential access issues they may encounter early on in the migration process.”

Bean advises agencies to do a thorough housecleaning before moving to DEOS. Users need to chuck the terabytes of unneeded email and documents that tend to accumulate.

“That’s actually what DISA did,” she said. “We blasted out emails and said, ‘Hey, start deleting things, you know, really delete things. Make sure you go in your deleted items, and actually delete them permanently.’”

At the moment, the DEOS staff is working on a couple of initiatives. One is to extend DEOS to the users outside of the continental U.S. Many of these users have limited or intermittent network bandwidth to the cloud. And also on higher impact levels so DEOS can handle classified material over DOD’s Secret IP Router Network. 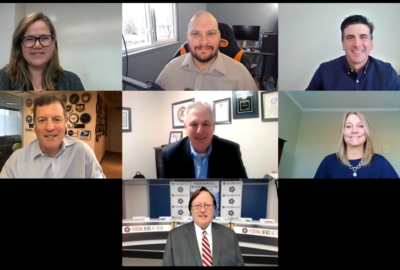 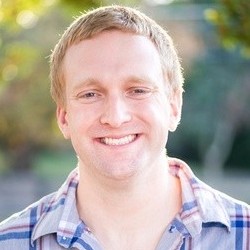 Has DoD migrated legacy mistakes to the cloud?