The Pentagon is beginning to wind down the task force it set up to deal with the wide spectrum of COVID-related missions it’s taken on during the past year and a half.

But that doesn’t mean DoD considers the pandemic to be at its end. Officials said they’ve made huge strides in vaccinating service members, but...

The Pentagon is beginning to wind down the task force it set up to deal with the wide spectrum of COVID-related missions it’s taken on during the past year and a half.

But that doesn’t mean DoD considers the pandemic to be at its end. Officials said they’ve made huge strides in vaccinating service members, but tighter restrictions could still return to at least some bases if there are outbreaks of the Delta variant of the virus.

According to statistics the department released Wednesday, the military services have made significant progress in convincing service members to take the vaccine: 68% of the active duty population has now had at least one dose.

“I don’t want to put too fine a point on this, but 31% of our active duty are under the age of 35 – and nationally, that is one of the populations that’s the toughest to have vaccinated,” Dr. Terry Adirim, the acting assistant secretary of Defense for health affairs, told reporters Wednesday.

There’s also good news when it comes to actual coronavirus infections: As of this week, only 21 COVID patients are hospitalized in military treatment facilities worldwide, down dramatically from a peak of 240 patients in January.

“And if individuals need further evidence of why they should get vaccinated, out of those 21 COVID-positive individuals, my current records show that none of them were vaccinated,” said Lt. Gen. Ronald Place, the director of the Defense Health Agency.

Despite the relatively-high vaccination rate, the department is still pushing the message that the vaccines are safe, and that any potential side effects pale in comparison to health risks of contracting the actual disease.

The Defense Health Agency is taking steps to make sure any DoD beneficiary who’s had their first shot in a two-dose vaccine regimen gets their second. That’s partly because of the emergence of the Delta variant. Current data shows one shot is about 33% effective against that viral strain, but two doses are 88% effective.

Place said the military health system’s surveillance, which samples only a subset of positive COVID-19 tests to determine which variant is implicated in infections, is only beginning to show evidence of Delta among military members, so it’s difficult to tell how large a factor it will be.

“We’ve done genomic sequencing of 6,409 different cases, and there have been 25 that were the Delta variant,” he said. “But 22 of those 25 positive Deltas happened in the last two weeks, and it takes approximately two weeks to do the genomic sequencing. So we’re always going to have a little bit of data lag when it comes to variants of concern, but we’re now starting to see it in our population.”

And whatever effect the new variant has on the military community is likely to be highly variable, based largely on geography. Because of that, the department is warning servicemembers and families that there’s at least a possibility that some places that have already eased their COVID restrictions might have to retrench a bit.

Adirim said those decisions will be made by local commanders — depending, in part, on vaccination and case positivity rates among members of the general public surrounding where those bases are located — and won’t necessarily have much to do with the rates of vaccination amongst military members in that specific area.

“It’s spreading rapidly across communities with lower vaccination rates and will likely become the predominant variant in the United States,” she said. “The Delta variant poses a threat to our service members who are not fully vaccinated. There is emerging evidence that the Delta variant may cause more serious disease. But even mild infections that do not result in hospitalizations are a threat because they can cause long term after-effects. So the best way to beat the Delta variant is to be fully vaccinated.”

Meanwhile, the department’s broader, national response to COVID-19, in the form of a centralized task force, is starting to wind down. For example, the last active duty service members assigned to federal vaccination centers returned to their normal duties last month. At their peak, there were 48 such sites, staffed by more than 5,000 troops.

Max Rose, who will soon leave his current post as a special adviser to the secretary of Defense for the pandemic, said much of the task force’s work and lessons learned will be folded into “normal operations” in the coming days.

“At Secretary [Lloyd] Austin’s direction, we have conducted a full strategic review and reissuance of all COVID-19 policy documents in order to ensure that all of our guidance reflects the latest in medical science from public health officials, data scientists, laboratories and the CDC,” he said. “We’re proud to be offering the department’s unprecedented unmatched logistical expertise as part of the interagency effort to support our allies and partners by delivering millions of doses of vaccines, critical supplies like oxygen cylinders and regulators and N-95 masks, COVID-19 rapid diagnostic test kits, as well as continuing the support of the acquisition of billions of dollars in critical pandemic supplies and resources.” 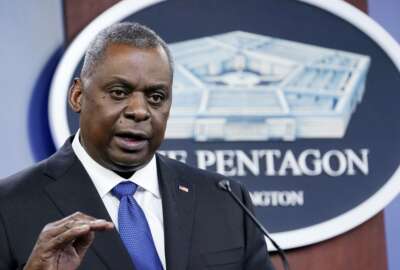 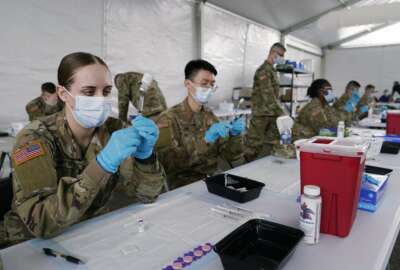 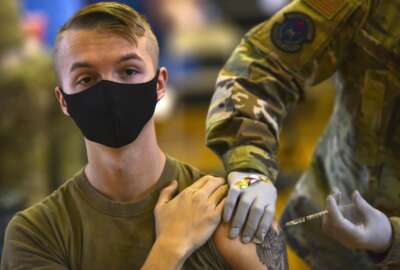 Thousands of service members saying no to COVID-19 vaccine