Deputy Secretary of Defense Kathleen Hicks recently called the transition from prototype to full-scale production within DoD’s acquisition process one of DoD’s biggest problems. And she’s not the only one who thinks so. Stefanie Tompkins, director of the Defense Advanced Research Projects Agency, referred to it as a “full-contact sport.” But she also said that DARPA is working on one very specific pathway to help some technologies through the so-called “Valley of Death.”

Deputy Secretary of Defense Kathleen Hicks recently called the transition from prototype to full-scale production within DoD’s acquisition process one of DoD’s biggest problems. And she’s not the only one who thinks so. Stefanie Tompkins, director of the Defense Advanced Research Projects Agency, referred to it as a “full-contact sport.” But she also said that DARPA is working on one very specific pathway to help some technologies through the so-called “Valley of Death.”

“[The Embedded Entrepreneurship Initiative (EEI) is] really focused on commercialization of technologies that DARPA has funded,” Tompkins said on June 16 during the Defense One Tech Summit. “So one of the things that you’ll find when you’re trying to, say, do a startup around some really cool technology that you’re sure is going to be exactly what everybody wants is there’s a big gap, I think, often between the scientists that invented it, and the practical marketability, what people would actually be willing to pay for. And what we have found is that U.S. investors in those kinds of startups have had very high standards; they want to see an honest, viable, believable business case. And one of our concerns has been that some of our adversaries, who also are investing a lot of money and technology are more willing to put money in early.”

That sometimes leads to scenarios where startups using technologies funded by DARPA or other DoD organizations can’t get funding from investors in the U.S., but they can from China. And suddenly there are complications like who owns the intellectual property, or whether the U.S. government is now locked out of buying from that company for security reasons.

That’s why DARPA is working through the EEI to help these companies build business cases that will pass muster with U.S. investors, to avoid those messy complications further down the road and preserve the value of DARPA’s investment in the technology.

One example Tompkins offered is bioconcrete. Essentially, if you mix certain biologically active ingredients with water and spray it on the ground, within 48 hours it hardens into concrete. DARPA envisioned this to create things like concrete helicopter landing pads.

“That has all kinds of really interesting commercial applications. But are those commercial applications going to be cost effective? Should you be selling the biological materials? Should you be selling bricks that are made out of the concrete? You can just imagine how complicated it gets when you start to work the numbers and what the markets look like,” Tompkins said. “So that’s where the elements of the EEI program are really helping. And then they get those companies to a point where they say ‘I have an actual, viable, marketable concept that I can then go and get investing in.’”

The EEI began with a pilot of 30 companies, all of which Tompkins said are currently doing well. Now the program is in the process of escalating to 150 companies across a variety of industries, such as biotechnology, microelectronics and software.

The concept is essentially the flip side of DoD’s typical focus: That is, how do you get innovative companies into the DoD ecosystem? Whereas EEI’s focus is on fostering a healthy ecosystem for those companies and their innovations to coalesce in the first place.

And Tompkins said that focus extends across the entire ecosystem of defense science and technology, from DoD research labs to academic research institutions to the Defense Industrial Base.

“Very selfishly, from DARPA’s perspective, we want that entire ecosystem to be healthy, or we wouldn’t be able to do our job, because we’re looking for the little bubbling breakthroughs that are happening across that basic research foundation, for example,” she said. “We then put a lot of attention and money and crazy ideas onto it, to try to accelerate it. And either rip up someone else’s roadmap or simply accelerate their goals by 10 years faster than they thought they could get to. And the question of whether or not there’s enough money and resources and people working in any element of the ecosystem is just really hard to understand.”

Tompkins said it’s never clear exactly where the next breakthrough that will transform DoD will come from. At one point in time, she said, the Air Force in particular was very resistant to the idea of GPS. Similarly, the Navy was resistant to unmanned surface vehicles. But DARPA pushed forward with the research anyway, and those technologies eventually became integral to operations. That’s why it’s important to saturate the field with R&D funding.

“I always worry about the lack of appreciation for the basic research,” she said. “And I think that a lot of people smarter than me can focus on whether the right amount is there. But the conversation should be about whether it is the right amount, not about the value of the research, because the fact that you have communities of thousands of really smart people across the country who are exploring all kinds of different things all the time means that the opportunity to take advantage of a breakthrough in multiple areas is there and lays the foundation for organizations like DARPA to then help move something forward really quickly.” 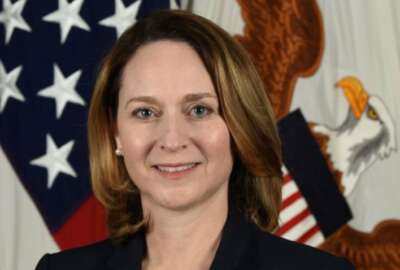 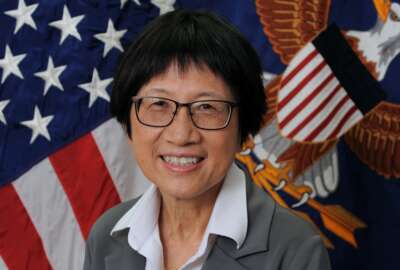 OTAs and beyond: Scaling innovation in Defense contracting