“In order to do that we’re focusing on the crown jewel of our strategic plan, which is this idea of VAULTIS, which stands for visible, accessible, understandable, linked, trustworthy,...

“In order to do that we’re focusing on the crown jewel of our strategic plan, which is this idea of VAULTIS, which stands for visible, accessible, understandable, linked, trustworthy, interoperable and secure,” Saul said during a June 16 Digital Government Institute webinar. “It’s a fancy name that the DoD came up with that really captures the key elements for what we strive for our data to be. There are a number of drivers, like I said; the Joint Staff and [Office of the Secretary of Defense] are trying to bring us along in this logistics operation space to make sure that our data is ready to go. And that we are, as it states in our DLA strategy, ready at a moment’s notice to make data-driven business decisions.”

Those efforts have come with a lot of questions. Those questions have largely been variations on “why now?” Leaders frequently ask Saul why data management suddenly requires more resources. Her response is that data has largely been managed in silos for the past few decades, and it gets migrated from system to system. But modern data strategies and use cases require a new approach.

“In today’s day and age, where data is is deemed a weapon — or they even say data analytics platform is almost like a weapon system of the future for the Department of Defense — we really need to be prepared and equipped to have access to our data very quickly, be able to understand our data, and not do what we’ve done in the past, which is really rely on a single person who has all of the knowledge,” Saul said. “And instead, we need to make sure that it’s well documented, we have the right data dictionaries in place, the correct metadata and metadata management tools to link the lineage of the data to the present day. ”

That makes cross functional applications and collaborations easier. For example, Saul said, when the Ukraine crisis began, DLA was able to access the data and build a number of products within just a few days. And that means a lot when resources are faster able to get to people whose lives are on the line. Similarly, DLA has also been able to create applications in conjunction with the Department of Health and Human Services as part of the COVID 19 response.

“We really have the opportunity to see how that platform works, and leverage the data that we’ve been sharing over the past six months or so with OSD and Advana. So we’ve shared over 30 data sources, [and] made a number of system connections to Advana,” she said. “DLA Information Visualization Evaluation was really an opportunity to see how we could enhance certain products that were already there, that the Joint Staff J4 had already been producing for a common operating picture, with class three energy or fuels as well as class one operational rations. And we also took it a step further with class one to have one of our developers go into the platform and utilize their developing skills to build out a new application that provided insight into the positioning and whereabouts of our items as far as operational rations go. So that was really a big step for us.” 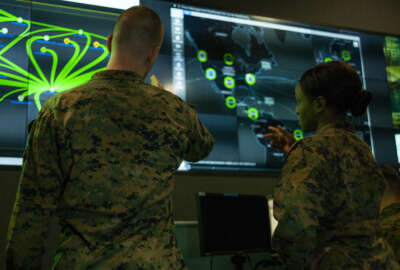 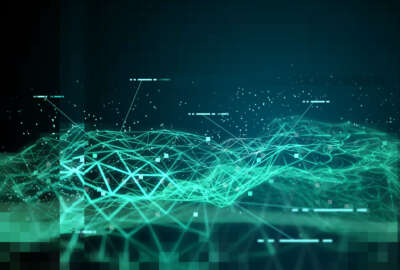