Supply shortages, overpriced parts, questionable foreign sources; they all threaten the Defense supply chain. The Government Accountability Office found, though, that DOD’s Industrial Base Policy Office doesn’t have a fully developed strategy to mitigate those risks. GAO’s director of contracting and national security acquisitions, Bill Russell, joined the Federal Drive with Tom Temin to talk about this.

Supply shortages, overpriced parts, questionable foreign sources; they all threaten the Defense supply chain. The Government Accountability Office found, though, that DOD’s Industrial Base Policy Office doesn’t have a fully developed strategy to mitigate those risks. GAO’s director of contracting and national security acquisitions, Bill Russell, joined the Federal Drive with Tom Temin to talk about this.

Tom Temin  When supply chain makes your cornflakes more expensive, it’s pretty bad. But when the DoD doesn’t have control over the supply base, in fact, didn’t a high ranking Air Force acquisition general recently say this is what is going to make us lose to China if we don’t fix acquisition?

Bill Russell  Absolutely. The defense industrial base is critical for DoD to meet its needs and for the U.S. to meet its national security priorities. It’s the combination of 200,000 plus companies that are the people, the tech, the institutions, facilities that design, develop, manufacture and maintain all of the weapons systems that DoD relies upon, plus some of the other items to meet our defense purposes. So it’s just critical that it’s up and running in a good way that supply chain risks are identified and mitigated where they can be.

Tom Temin  Because they do have, as your report points out, this industrial base policy office. And given everything we know about supply chain in the past several years, what is it they specifically need to do in GAO’s estimation?

Bill Russell  We were looking for a comprehensive strategy and we applied some best practices for strategy development. And there are a number of things, DoD did have some goals, but they didn’t really mention all of the goals they wanted to accomplish through their defense supply chain efforts, be it at the DoD level or at the military department level. And we thought it was really important, for example, the department does a pretty good job in identifying what the risks are to the supply chain, but not a lot of information on what are the performance measures that are going to allow us to know where we’re devoting dollars, how that’s mitigating some of those risks, what success is going to look like, what the milestones are to get there along the way. Some more detail around the resources that would be needed to meet those targets, and ultimately, just an implementation plan. Okay, you have the risks, what’s the plan? What’s the strategy so that all parts of the department are rowing in the same direction to achieve some critical goals?

Tom Temin  When you look at DoD acquisition, contracting, spending, it’s the old story. Most of it goes to say, 25-30 of the largest contractors who in turn use subcontractors to fulfill what it is they’re doing. Is that part of the concern also? Or do you only look at, when you say, 200,000 companies, they’re not all primes, correct?

Bill Russell  That’s right. That would be the network of small businesses, certainly the large primes, medium sized businesses, the whole range, the whole ecosystem of companies that support the defense industrial base. And then when I say risks, what we really looked at are some of the key supply chain problems that DoD tries to contend with, like foreign dependency in the supply chain, material shortages like we saw with the response to the pandemic and other things even more recently. How are you going to identify where the critical material might be and when there’s a choke point in supply chain how are you going to alleviate that? And then certainly the environment of single and sole source supplier. So what do you do, and there’s only one company that can make a critical part that you’re going to need?

Tom Temin  And this does also extend to software correct, where often the programming is farmed out in modules? And that can be a foreign entry into supply chain.

Bill Russell  Certainly. Computer systems, microelectronics, semiconductors, hardware, software, cybersecurity, you know, that’s all part of the supply chain that needs to be considered and to be secure.

Tom Temin  Because to be fair to the DoD, the main weapons platforms that they buy, the central core acquisition items, those are pretty much sourced all in the United States, a tank, an airplane, etc. There’s no Chinese parts in those, so this really gets into more of the technology support area, and the increasing software dependence, which of course, relies on microelectronics dependence. That’s kind of where I think it’s fair to say the major weaknesses are about to occur.

Bill Russell  Certainly microelectronics is a big area, semiconductors, so there’s the technology support piece of it. But then there are more, I’d say, traditional concerns with shipbuilding. Just having a robust shipbuilding sector and facilities that have been modernized to support the Navy’s needs largely. There’s an area called castings and forging, which is really pouring the liquid steel to make the critical parts needed in some weapon systems. So having the capabilities in place to do that forging is an area that DoD is hoping to manage. It’s one of their priority areas in terms of risk.

Tom Temin  We’re speaking with Bill Russell, director of contracting and national security acquisitions at the GAO. So when you talk about those types of issues, that almost get too deep into the educational system. People may not realize it, but to know when to pour a melt of some alloy, or some even basic steel, you really need a lot of technological knowledge. It used to be somebody would look at a ladle and say now and pour it. Now, there’s sensors in every part of that ladle, and every part of the mixture is all machine controlled. It’s highly skilled work to pour a chunk of iron into a casting or to forge a piece of metal. So does this concern extend to DoD for the raw material, in terms of human capital, to be able to understand and want to do metallurgy as a job, as a career.

Bill Russell  Certainly, that’s one of the cross cutting causes that we’ve seen for some of these risks is just diminishing workforce skills. Think about STEM skills, that sort of workforce, for the advanced technologies that DoD wants to acquire. And that’s where we have seen DoD tried to mitigate some of those risks. But the key finding in our report was that they’re not really tracking and reporting on the progress that’s been made. So certainly, there are programs, either at the DoD level or within the military departments, to try to mitigate some of these risks, but not a lot of effective tracking of the progress that’s been made and certainly then reporting back on what progress has been made. So for example, there could be programs that have mitigated some of these particular workforce challenges, but unless you have metrics for defining success, and then are tracking your progress against those metrics, and reporting on the results, it’s hard to say how far you’ve gone to mitigate some of these key risks.

Tom Temin  And is there an inter-governmental aspect to this? For example, suppose I really liked metallurgy, to get back to castings, and I wanted to build a casting plant to serve DoD to help shipbuilding and I’ve got some talented people that know how to do this. I’ve got metal supplies, raw material supplies. Suppose I wanted to build that in say, Fairfax County, or Montgomery County, Maryland. I would be in litigation for 10 years, to say nothing of the environmental impact requirements. And probably I could not actually do that ever. Is that something that you looked at in the report also?

Bill Russell  Not so much that inner agency piece of it but we did look at the mechanisms that DoD has responsibility for. One that springs to mind is the Defense Production Act, Title Three. Let’s say, there was an existing casting and forging facility and you wanted to ramp up production or add to it, upgrade that facility. There are funds available that duty can use to help with those sorts of things. That was where we focused.

Bill Russell  At the highest level, it’s really for DoD to develop consolidated and comprehensive strategy to help mitigate the industrial base risks that is already identified. That includes the development and use of enterprise-wide performance measures to monitor the risks and to measure success and mitigating them over time. And then to also report on the progress and mitigating those risks. And for each of the military departments, it was basically a subset of that recommendation, which is to better monitor and report on the progress you’re making to address some of the industrial base risks within each of the military departments.

Tom Temin  And did they basically agree but haven’t done anything?

Bill Russell  Right. So the report just came out. But DoD did, to its credit, largely agree with the recommendations and we look forward to monitoring their progress to implement them.

Tom Temin  Bill Russell is director of contracting and national security acquisitions at the Government Accountability Office. As always, thanks so much for joining me.

Bill Russell  Thanks for having me, Tom. 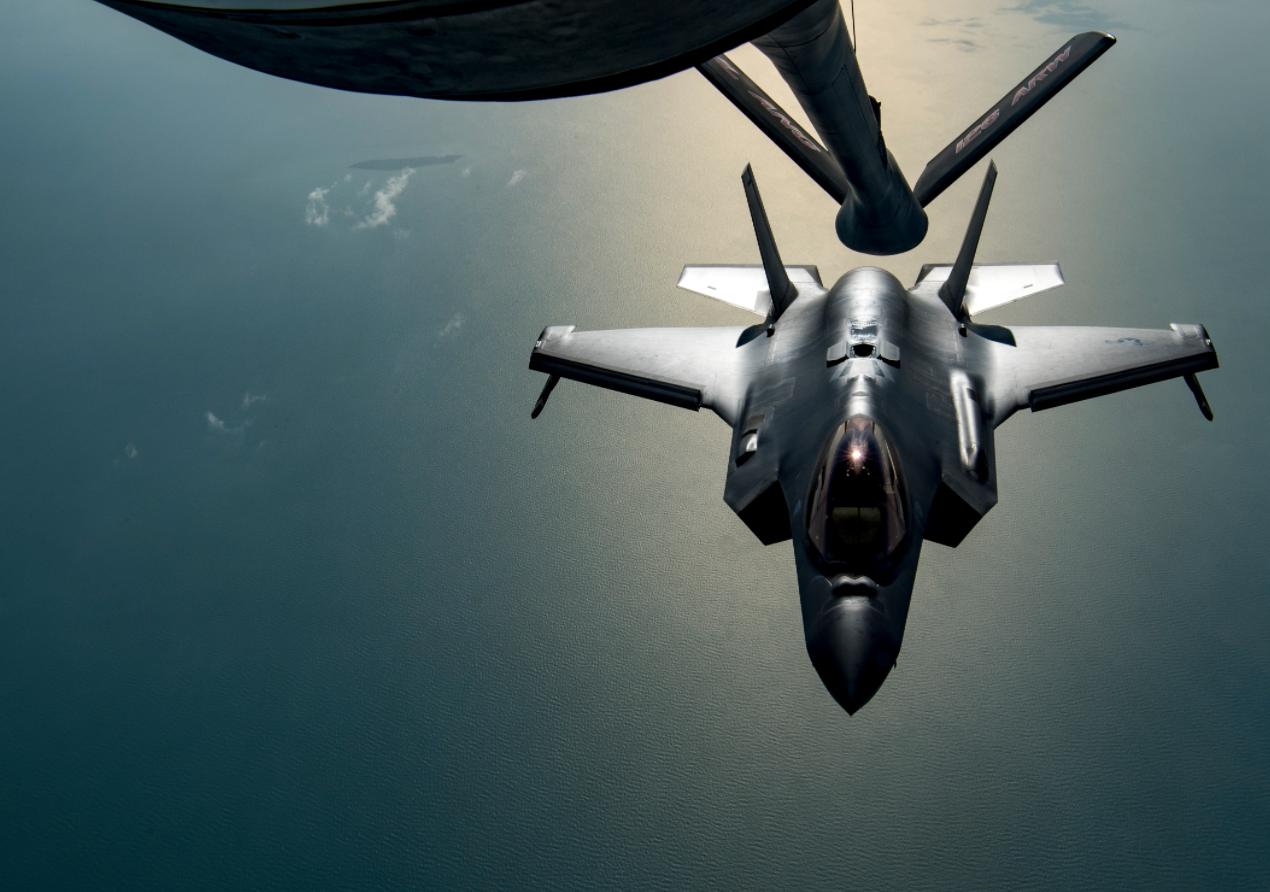 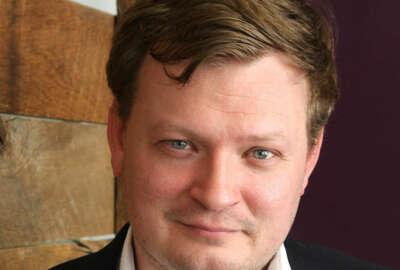