An argument in favor of a space national guard

In 2019, when Congress and the Trump administration enacted the U.S. Space Force, they left out something: A Space National Guard. After all, there are Army and Air Force civilian auxiliaries. There’s even a Navy Militia. Last month, a Biden administration policy statement came out against a space national guard. The Federal Drive with Tom Temin spoke with...

In 2019, when Congress and the Trump administration enacted the U.S. Space Force, they left out something: A Space National Guard. After all, there are Army and Air Force civilian auxiliaries. There’s even a Navy Militia. Last month, a Biden administration policy statement came out against a space national guard. The Federal Drive with Tom Temin spoke with someone who makes the argument in favor: Col. Michael Bruno, the Chief of Joint Staff, Joint Force Headquarters in Colorado.

Tom Temin: Col. Bruno, good to have you on.

Michael Bruno: Good morning, Tom. And thank you very much for having me join you. Truly appreciate the opportunity.

Tom Temin: And just a detail question as a colonel in the Air Guard. Is that a full time job for you? Are you also a civilian that is a colonel when you are on duty.

Michael Bruno: I am a civilian who is a colonel when I am on duty, I actually worked for the state of Colorado for my civilian job.

Tom Temin: OK, well, good work. You’re a public servant, no matter what you’re doing, then in other words, and just tell us a little bit about the Joint Force Headquarters Colorado, what happens there? And does it kind of look like its analog in the other states?

Michael Bruno: It is. So the joint staff, our primary duty is to provide forces to the governor for domestic operations. So we bring both the Army and the Air National Guard together their equipment, their personnel, whenever the governor needs our support. That’s our primary mission is to fulfill those needs.

Tom Temin: And do you have people doing space type work, now people that might have done space missions in the Air Force before it moved over to the Space Force?

Michael Bruno: Absolutely, we do we not only have members that are doing space missions in the Air National Guard, but I myself am a graduated space operator.

Tom Temin: Got it. So you were in the space operations when they were still under the Air Force?

Michael Bruno: One of the missions is Space and Missile warning that is done by the 137 space Warning Squadron out of Greeley, Colorado. The other mission is a space electromagnetic warfare squadron mission, which provided offensive and defensive counter space operations to our combatant commanders.

Tom Temin: Yes, because in its policy statement, the administration said that space is an inherently federal function. That is to say not a state function. But what you’re saying is that a lot of state level activity happens by virtue of the people that are in the states in those reserve units.

Michael Bruno: And that’s well said, but I want to clarify that. So the number one mission of the National Guard is our federal mission. The National Guard is organized, trained and equipped to fight our nation’s wars. We are our nation’s combat reserve. And it’s because of this training and our equipment that we are able to provide highly skilled and experienced forces to our governors to help save lives, mitigate suffering and protect property. I mean, you look at it right now with the hurricane response efforts, identifying and putting out forest fires, and recently supporting our fellow citizens through our COVID response efforts. It’s this dual capability that makes us unique, but it’s still our federal mission that takes precedence.

Tom Temin: So is the worry then that over time, as more and more space effort moves to the Space Force and out of the Air Force, that the billets that you have that are from space operations of the Air Force will disappear, and you won’t have that capability?

Michael Bruno: So that’s an interesting question. So those billets are actually part of the Air National Guard. So the people that are sitting in those billets, if we lose our space mission, those billets will remain in the Air National Guard, those individuals will have to cross train into other missions. But what this does do is now U.S. Space Force is going to be required to ask Congress for a thousand additional billets to build up this force structure, because these individuals won’t be crossing over. And that’s going to cause somewhere between a seven to 10 year gap in readiness, because we have these highly skilled and highly trained professionals doing this mission today.

Tom Temin: We’re speaking with Air National Guard Col. Michael Bruno, chief of staff for the Joint Force Headquarters in Colorado. And so then let’s state it clearly and plainly, then what is the need? Why should there be a Space National Guard?

Michael Bruno: So a couple of different reasons. First, it is that capability to provide that additional duty to our governors. But there’s a second reason that a Space National Guard is right for America. And that’s a straight budget argument. Space National Guard provides a real value to our taxpayers. And this lies with the fact that a predominantly part time force structure. So about 20% of the total joint force is only 4% of the DoD budget and for space professionals alone 67% of those professionals are part time. So they cost 1/3 of what an active component costs doing the same mission.

Tom Temin: And are they’re also not some state space missions that you could conceive of, because emergency responders, sometimes use satellite communications and so forth. So could there be conceivably actually a non-federal, but yet National Guard, Air National Guard related mission for the different components?

Michael Bruno: Interesting you should say that there is a current mission right now that we call Task Force Fire Guard, there’s two states that are running this, California and Colorado. And what they do is they use federal assets, to look down on the earth and predict and look for forest fires before they become so big, they’re uncontrollable, get first responders there immediately upon ignition of those fires. So the answer is absolutely.

Tom Temin: And what are you hearing from the other units across the country, the other joint forces that are state level similar to the one that you operate in Colorado? Do you hear from members of Congress? I mean, is there any groundswell toward this having a space guard that you’re aware of?

Michael Bruno: So there is a groundswell in the National Guard and in Congress, and in the Senate, but unfortunately, and this was articulated in a letter from retired Gen. Roy Robinson, president of the National Guard Association, that our active duty senior leaders are essentially under a gag order that they can’t speak out about the National Guard. So the Office of Management and Budget, my opinion unelected federal officials believe they know more than our elected officials and our military leaders on how to best defend this country. And since their current arguments can’t win on its own merits, they’ve placed a gag order on any dissenting views to include withholding requested reports to Congress.

Tom Temin: Interesting. So maybe it would have to initiate with Congress. And maybe it’s a bipartisan issue that in this case, rarely, the White House wouldn’t matter as much.

Michael Bruno: So bipartisan is spot on. So both Sen. Rubio from Florida and Sen. Feinstein from California, have a bipartisan bill to establish a Space National Guard right now. And you can’t get much more bipartisan than that.

Tom Temin: And the main expenses then would be sort of trimmings, like uniforms and signs and that kind of thing.

Michael Bruno: Absolutely. We estimated it’s going to cost about $250,000, which would be taken out of our current Air National Guard budget to convert our units over to space missions.

Tom Temin: Because they don’t need planes and helicopters and transports and tanks and stuff that the other forces the other National Guards need. They will just need basically computers, if I’m correct.

Michael Bruno: It is not absolutely.

Tom Temin: All right. Well, we’ll see what happens. Air National Guard Colonel Michael Bruno is chief of staff Joint Force Headquarters Colorado. Thanks so much for joining me.

Michael Bruno: Thank you, Tom, and have a great rest of your day. 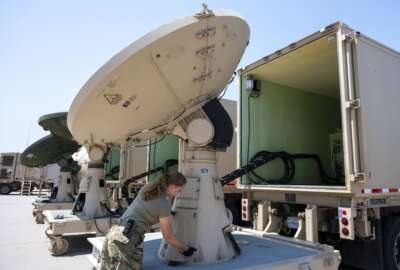 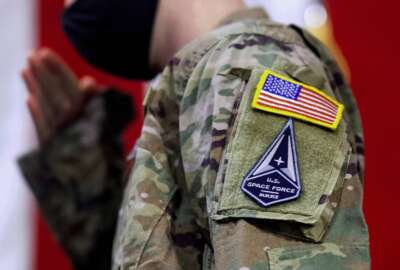 While the White House doesn’t like the idea of a Space National Guard, one particular interest group does 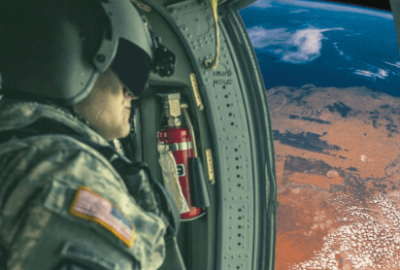