When it comes to battlefield logistics, the Army is envisioning a future of warfare that looks very different from its experience in Iraq and Afghanistan — one where combat units need to be able to sustain themselves for up to a week without any access to traditional supply lines. The prospect is creating demands for new technologies that let soldiers produce their own water, make many of their own parts, and deliver much of the...

When it comes to battlefield logistics, the Army is envisioning a future of warfare that looks very different from its experience in Iraq and Afghanistan — one where combat units need to be able to sustain themselves for up to a week without any access to traditional supply lines. The prospect is creating demands for new technologies that let soldiers produce their own water, make many of their own parts, and deliver much of the rest of what they need via drones.

The prospect is creating demands for new technologies that let soldiers produce their own water, make many of their own parts, and deliver much of the rest of what they need via drones.

The Army’s current leaders, including Gen. Mark Milley, the service’s chief of staff, believe the wars they’ve been fighting for the past 15 years have been something of a historical anomaly by virtue of the accouterments available to troops at large forward operating bases,  from reliable electric power and high-speed networking capabilities to ready access to spare parts and other supplies.

They’re operating on the assumption that future ground combat against other capable militaries is more likely to involve smaller units who have basic supplies of fuel, food and water, and not much else, said Lt. Gen. Aundre Piggee, the Army’s deputy chief of staff for logistics.

“Before we went to Afghanistan and Iraq, we were good at sustaining ourselves,” he told a day-long conference on sustainment and logistics hosted by the Association of the U.S. Army. “But we’ve had a generation grow up where maintenance and supplies were provided for them. We had Pizza Hut and high-definition TVs in-theater. We’re not going back to those days. We need to get back to basics, where soldiers can win in an austere environment.”

Some of those austerity requirements are self-imposed, because, Army officials say, the biggest threats to troops could come from sophisticated enemy forces pinpointing their locations via the electromagnetic signatures generated by their power generation or communications equipment. So those forces will need to be able to operate independently, constantly on the move, with little-or-no-communications, for up to seven days at a time.

Maj. Gen. Paul Hurley, the commander of the Army’s Combined Arms Support Command, said that means soldiers will need technologies that let them get by for longer periods of time without resupplies of fundamental commodities like water.

“We’re looking for technology that would be designed to produce or reuse water on-site,” he said. “We’re looking at air-to-water technology, man-portable water purification, and gray water reuse. Right now, our brigade combat teams don’t have the capacity or the capability to distribute 95 percent of their own water requirements or reuse 75 percent of their water requirements. So any emerging technology in this area would be huge to reduce our footprint.”

To cut back on the need for fuel supplies, the Army wants to equip units with advanced power technologies — including more efficient equipment that uses less fuel, hydrogen and hybrid technology and microgrids, and portable renewable energy generation capabilities that harness solar and wind power.

Soldiers will also need the ability to fix their equipment without the expectation that spare parts can be readily flown or trucked in — or having to carry their own — so the Army wants to be able to produce them on-site using additive manufacturing technologies.

Hurley said the Army’s combat casualty care also needs to become as self-sufficient as possible, including by making more use of advanced combat dressings that can stop hemorrhaging long enough for badly wounded troops to be medevacked.

“We’re also looking at synthetic blood to reduce the demand for distribution of blood products. One example is powdered blood, which I didn’t realize we could do, but it’s an emerging technology, and also spray-on skin for burn treatments,” he said. “And we need improved technology like microgrids to reduce the signatures of our care facilities from power generation.”

No matter how self-sustaining Army units become, they’ll need to be resupplied at some point, and the Army is expecting that its supply convoys will be even more vulnerable to attack in future conflicts than they have been in Iraq and Afghanistan. So it wants to take as many human beings off of logistics routes as possible and replace them with autonomous vehicles.

“One of the initiatives we have is to look at leader-follower technology, where you have a manned truck in the front and then several unmanned vehicles behind, therefore minimizing the amount of manpower you have to have out there,” Hurley said. “But we’re also looking at fully-autonomous ground and aerial resupply. If Amazon can use UAVs to deliver products, so can we.”

And at the scale of major weapons systems, the Army says it’s doing all it can to make systems maintainable in-theater, rather than having to return them to large depots for repairs or routine upkeep.

To achieve that, the service has begun installing health monitoring subsystems on its older weapons like the Stryker and the Abrams tank to collect data on how they’re performing so that units can conduct conditions-based maintenance: fixing individual problems before they cause a breakdown, rather than conducting maintenance only on predetermined schedules.

“This is capturing usage and diagnostic data as well as parametric engineering data like temperature, speed, G-forces through turns, whatever it might be, and then off-ramping that data to the battalion maintenance officer to begin developing corrective action,” said Christopher Lowman, the acting principal deputy assistant secretary of the Army for acquisition, technology and logistics. “It can tell us if we have maintenance problems, tech data documentation problems, obsolescence problems or reliability issues.”

And for newer systems, the Army is rethinking the ways in which it ensures its weapons will be as sustainable as possible once they reach the battlefield.

Historically, Lowman said, the Army has conducted extensive analyses of weapons’ maintainability, reliability and sustainment costs in the early stages of their development, but hasn’t tended to revisit those questions once a system is fielded. So the Army is working with the Office of the Secretary of Defense to redesign the way the military develops the product support strategies that are required of every major weapons system.

“One, all of the design statements we’re making — ‘I’m going to have organic depot repair’ or ‘I’m going to have contractor logistics support’ — all of those have to be tied to a contract deliverable in that document, so we assure ourselves that not only are we thinking about it, we’re buying it and we’ll deliver it,” he said. “Secondly, we’re taking a look at the requirements our capability developers outline for us in terms of performance characteristics: What are our supply availability measures? What is the mean time to repair, how maintainable, reliable, available should the system be? We’re linking those requirements to what we’re calling an operational sustainment review. Every five years, after a weapons system is fielded, we’re bringing it back into the building and reviewing all of those integrated product support elements. What did the Army demand in terms of design work and performance? How did the system perform in tests? And how’s it actually proving out in the operational environment? That’s proving to be a very powerful governance mechanism.” 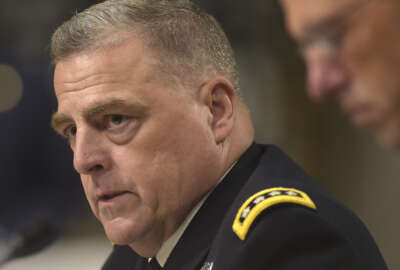 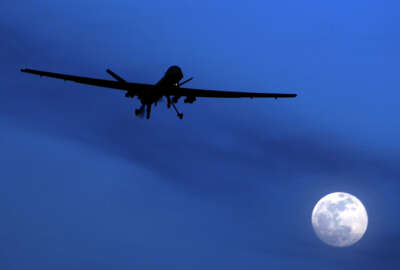