That’s now changing. In a Sept. 30 memo, Deputy Defense Secretary Kathleen Hicks granted new CIO authorities — covering all of OSD — to the department’s directorate of administration and management (DA&M). Danielle Metz, formerly the DoD CIO for information enterprise, will now serve within that office as the OSD CIO.

The changes follow a several-month study begun in April, also led by Metz. The study concluded that a series of efficiencies-driven savings drills over the past decade left the 17 major offices that report to the Secretary of Defense without a clear governance structure, a scattering of non-standard IT services, and shortages of funding for IT modernization.

“I think it was a recognition that we really need to change the conversation on technology, and realize that technology is the critical enabler for the department to execute its mission,” Metz said in an exclusive interview with Federal News Network. “When you look at it from that lens, we recognize that over the past 10 to 15 years, the department has viewed technology as a cost efficiency mechanism to be able to use those dollars elsewhere. Because of that, we have technical debt, we have a dissatisfied workforce, and user experience is depressed. And how are we going to be able to recruit the next generation of talent if we do not have a robust, modern experience of technology to do the things that we need to do?”

For the time being, the new OSD CIO shop is extremely small — just Metz and a handful of aides.

Although the office has now been formally established, Hicks’ memo calls for D&AM to prepare a detailed implementation plan by the end of November to flesh out its expected responsibilities and priorities.

The first task, Metz said, is creating a governance structure to unify, wherever possible, the IT operations of the 17 organizations that report directly to the Secretary of Defense, known in DoD parlance as principal staff assistants (PSAs).

“We need to have an OSD enterprise committee where we’re bringing all the PSAs together, so we can really review and prioritize requirements, drive the strategic planning, ensure that everyone sees themselves in this, and then advocate for resources,” she said. “Each PSA varies in terms of scale, size and scope. We have some that are fairly large; they have a robust budget, and they were able to grow some IT support. Then we have some on the other end of the spectrum: really small budgets, really small staff that weren’t able to do this.”

The preponderance of OSD’s employees work within the five sides of the Pentagon, and at the nearby Mark Center in Alexandria, Virginia.

It’s not the first time DoD has sought to bring more IT commonality to the huge number of organizations that share space within those physical facilities.

In 2015, the department created the Joint Service Provider (JSP) — now part of the Defense Information Systems Agency — to deliver shared services to DoD employees in Pentagon and other parts of the National Capital Region.

But the JSP’s responsibilities include tenants well beyond OSD itself, including the headquarters of the military services and several Defense agencies, all of which have their own CIOs to guide budgets and strategy. Metz said that’s an important distinction that left OSD offices in a comparatively less well-off place than some of their neighbors in the Pentagon.

“The JSP is providing a service; they are not [responsible for] setting policy, or a strategic vision, or advocating for resources to be able to drive that modern digital experience. That’s truly what a CIO is supposed to do,” she said. “For OSD, there wasn’t a connective tissue to collect the requirements, prioritize those requirements, and be a single voice to that service provider. And budgets have stayed very stagnant over this timeframe. The expectation from the workforce now is to work anywhere, on any device, and have a seamless, standardized experience, whether they’re at home or physically here in the Pentagon or the Mark Center. And so all of this highlights the necessity to ensure that OSD is treated as a unified component, where the CIO is able to lead and drive continuous modernization.”

In some ways, the new OSD CIO’s office echoes what DoD had in mind when it created the JSP: The main focus will be on enterprise-wide or common IT services, but also allowing a fair degree of space to let each organization manage and maintain the aspects of their IT needs that truly are specific to their missions.

Metz said the new CIO office also aspires to be a technical advisor to the OSD components who have mission-specific needs, and hopes to have a resident body of experts up and running soon.

“If you look within the PSAs today, there’s a big struggle in terms of migrating to the cloud. And part of that is because of a lack of information in terms of what options are available,” she said. “And from a cybersecurity perspective, [questions about] who would be their authorizing official, or who would do the accreditation packages, there was just a big gap here in OSD. It’s covered fairly well within the military services, but [OSD] didn’t have that. So this office is going to be able to not only fill that gap, but ensure that we have that cross-collaboration with all the PSAs.” 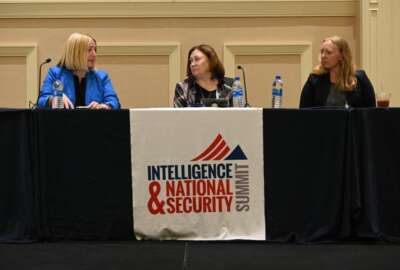