Defense Secretary Ash Carter said the Air Force will continue its investment in cyber, space and nuclear deterrence portfolios in the fiscal 2017 budget, signaling to Congress that the Defense Department is spurning budget uncertainty caused by sequestration.

The Air Force will continue to put its funds in investments outlined by the Defense Innovation Initiative (DII), an effort conceived by former Defense Secretary Chuck Hagel in fall 2014. DII’s goal is to pursue innovative ways to sustain and advance U.S. military superiority.

“From cyber, to electronic warfare, to threats in outer space and under the sea, we need to redouble our focus on these frontiers,” Carter said Sept. 16 at the Air Force Association’s Air and Space Conference. “Today we need to invest in new technology, new partnerships, and new innovation for this new environment.”

The Air Force also will invest in other DII portfolios such as counter anti-access/area denial platforms, guided munitions and intelligence, surveillance and reconnaissance (ISR) platforms.

Sequestration is set to knock on Congress’ door again in 2017, since it is the law-of-the-land until 2022. It seems that Carter already is posturing for next October.

Whether or not Congress can avoid the automatic spending cuts in 2016 remains to be seen. The legislature has until the end of the month to not only avoid sequestration, but also a government shutdown.

One option for Congress is to pass a continuing resolution that will continue spending at 2015 levels and freeze any new start programs planned for 2016.

Carter, however, said a continuing resolution is not a viable option.

“The alternative to a budget deal, a long-term continuing resolution, is merely sequestration-level funding under another name,” Carter said. “And the longer a continuing resolution is, the worse it becomes, eventually resulting in a $38 billion deficit in resources for our military if Congress chooses to pursue this path for a full year.

Leaders of operational commands have told Congress and the DoD numerous times that the DII areas of investment are essential to the military adapting to future threats. Cyber is especially pertinent considering the Chinese attacks on the Office of Personnel Management, which compromised 22 million federal workers’ data, this summer.

ISR is something combatant commanders are constantly asking Congress to fund more. ISR capabilities are used to find enemies in the field, spy on targets or assist in precision attacks.

Defense budget: a look inside the numbers 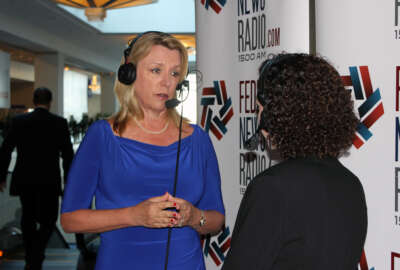