In what may go some way toward quelling financial institutions’ fears about running afoul of new lending protections for service members, the Defense Department now has systems up and running that allow lenders to instantly verify a potential borrower’s military status at the same time his or her credit record is checked.

DoD set up the procedures in response to recent amendments to the Military Lending Act in which Congress dramatically expanded protections for active duty military members and their families, including by setting a 36 percent interest rate cap for all consumer credit (even payday loans).

It also put the onus on lenders to figure out whether a borrower was in the military or not. Banking associations recently asked federal regulators to delay enforcement of the new rules, which went into effect on Oct. 3, saying DoD had dragged its feet on finalizing the rules and complying immediately would be too difficult.

The system, operated by the Defense Manpower Data Center, allows each of the three major credit bureaus to regularly download bulk data containing the active duty status of all 1.3 million military personnel and their family members. From there, for a fee, the bureaus let financial institutions automatically query the database at the same time they run credit reports for loan applicants.

One of the three bureaus, TransUnion, said queries by several hundred bank customers who are using the system had already found “tens of thousands” of matches to military members during the first month, triggering the extra MLA protections for those borrowers.

“It’s a collaborative effort between the three agencies and DoD to both figure out the technical ways to ensure the performance of this system as well as the contracting to make sure all the rules are followed to protect such sensitive data,” Jason Laky, TransUnion’s senior vice president for automotive and consumer lending, said in an interview. “We and our two competitors are highly regulated organizations too, and we’re already entrusted with managing consumer credit files and we have the infrastructure that’s secure and compliant. We think it’s a good solution.”

Banks — who, unlike payday lenders, title loan shops and “predatory” lenders, were not the main target of the MLA — also viewed the credit bureaus as the preferred way to verify lenders’ military status. But in an Aug. 31 letter, they said the Defense Department, which had issued its final interpretation of the rules only a week earlier, had not given them enough time to prepare their internal IT systems to handle the military status checks.

“Without clear guidance on how to interpret and comply with several requirements of the rule, depository institutions have been unable to finalize and test their MLA compliance policies and programs,” seven trade groups representing banks and credit unions wrote in a joint letter to their regulators. “Similarly, the agencies have been unable to publish examination procedures, which depository institutions review to confirm their understanding of a new regulation and ensure their implementation plans conform to supervisory expectations.”

The penalties are very severe if lenders are found to have violated any provision of the MLA rules: they forfeit the full amount of the loan in question on top of any fines or damages their regulators or private parties might seek to impose in court.

However, since the rules extend the MLA protections to lenders who don’t always run credit checks, particularly for small dollar loans, DMDC has also set up a free service that allows lenders to log into a DoD website and check an applicant’s name, date of birth and Social Security number directly against the Defense database to verify their military status.

Of course, the credit bureaus are happy to sell those lenders their new service too, saying it adds extra features such as the ability to run high-volume bulk queries.

“From an operational perspective, it makes sense, because the time you want to know whether a borrower is covered is the time you’re making the lending decision,” Laky said. “Typically, that’s the same time you’d want to run a credit report.” 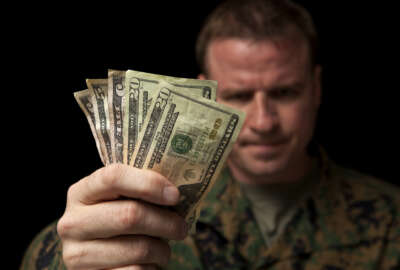