Subscribe to Federal Drive’s daily audio interviews on iTunes or PodcastOne
The Bell UH-1N Twin Huey has been in flight for nearly 40 years. The 15-seat helicopter was used in the Vietnam War and is still used for security of missile sites and evacuations.

But the Air Force officially decided this year it was time to draw the curtains on the UH-1N and find a replacement by spring of 2018.

Since then Boeing, Lockheed...

The Bell UH-1N Twin Huey has been in flight for nearly 40 years. The 15-seat helicopter was used in the Vietnam War and is still used for security of missile sites and evacuations.

But the Air Force officially decided this year it was time to draw the curtains on the UH-1N and find a replacement by spring of 2018.

Since then Boeing, Lockheed Martin and Sierra Nevada put in their ideas to replace the iconic aircraft.

Last week, Federal News Radio had the chance to fly on the MH-139 at Dulles Airport in Virginia. The MH-139 is Boeing’s replacement option for the Huey.

The MH-139 is a militarized version of the AW-139, a helicopter produced by Leonardo and used by civilians for transportation and by foreign militaries.

The AW-139s “are in use in a lot of different ways. We have the oil and gas tenders. People fly equipment and people out to the oil rigs in the Gulf [of Mexico] or up in the northern sea. We also have the aircraft being used by first responders like the Maryland State Police, New Jersey State Police and the Los Angeles Fire Department,” Rick Lemaster, director of global sales and marketing for vertical lift programs at Boeing told Federal News Radio.

Boeing teamed up with Leonardo to offer the UH-139, which is a Leonardo product.

Lemaster said Boeing does not have any products that fit the Air Force size requirements to replace the Huey.

Boeing talked with Leonardo and decided it would be a good product to try to militarize. Boeing has a history of militarizing civilian products.

The MH-139 at Dulles has an “EXPERIMENTAL” decal across the side and a sign inside the helicopter warns passengers the aircraft has not been tested by the Federal Aviation Administration.

The helicopter took off smoothly and soon the trees of suburban Virginia were laid out like a landscape painting.

The ride in total lasted about 45 minutes, but after some tactical maneuvers — including a power take-off and multiple Touch-and-Gos — some passengers were happy to see the ground again.

What makes the MH-139 especially helpful for pilots is its computing power.

“It has a full four axis digital flight control system, an autopilot if you will. That allows the pilots to put in their mission way points where you want to go fly. They can pull the aircraft up into a hover and hit a button to couple up that flight control director and the aircraft will literally fly itself at the airspeeds, altitudes and points that they have laid in as part of that mission,” Lemaster said.

The autopilot function gives the pilot the freedom to scan for threats or missing people instead of focusing on driving.

The MH-139 also consolidates warning signs so a pilot can see if there are issues with a single look.

“To monitor things like engine temperature or rotor speed they have combined all of that into one icon that says things are good and it’s green or one of those is looking a little yellow so you want to pay attention to that and it’s something a pilot can see with just a glance that everything is fine,” Lemaster said.

The MH-139’s cabin is about 30 percent bigger than the Huey’s. The seats can be reconfigured quickly. The helicopter can also be opened from cockpit back to the tail for flexibility carrying larger items.

As far as the militarization goes Boeing added sensor warning capabilities on the nose and tails that will detect an incoming missile and deploy counter flares to throw off the missile.

What the Air Force wants

The Air Force is planning on buying 84 replacement Huey helicopters. Request for proposals were due in the middle of September and the Air Force plans to make an announcement in the spring of 2018.

The Air Force uses the Huey for support to nuclear missile silos. The helicopters are also used to support the transport of dignitaries and other people the government deems important. 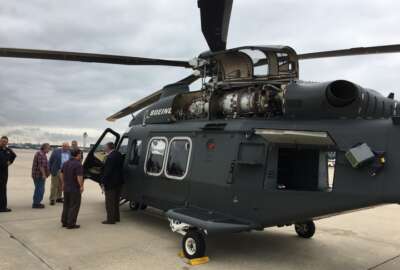 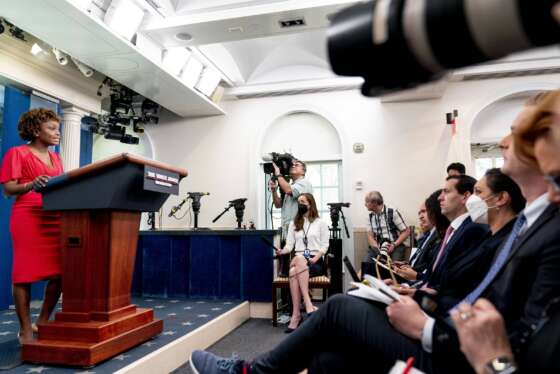