When President Trump signed his “Buy American” executive order two weeks ago, it wasn’t exactly a revolution in procurement policy: domestic sourcing preferences have been enshrined in federal law since the Great Depression, alongside numerous exemptions that have evolved over the years to let acquisition officials accomplish their jobs.

As agencies begin to implement the EO over the next eight months, the potential elimination of those various carve-outs is going to be the most interesting thing to watch — and the thing that most worries the folks who pay close attention to Defense technology procurement.

“The acquisition community always has a bias toward getting the best possible item for the best possible price,” Peter Levine, a former DoD deputy chief management officer and longtime senior staff member for the Senate Armed Services Committee, told Congress last week. “As long as Buy American provisions are in the neighborhood they are now, the acquisition community’s been able to work around them. But there’s concern that if you ramp it up too much, it might impede their ability to do what they need to do.”

As a general matter, Buy American laws tell federal agencies to give preferential treatment to U.S. suppliers for all supplies, manufactured goods and construction materials, and Congress routinely tries to update them in various ways. There was, for example, a (since-defeated) provision in last year’s Defense authorization bill that would have effectively restricted all military purchases of athletic shoes to New Balance — the only going concern that can credibly claim all of its sneakers are made from domestic components.

But there are longstanding exceptions to the government’s pro-domestic inclinations, many of which are subject to change under provisions of the EO that tell agencies to clamp down on the use of waivers and find any other way they possibly can to use domestic sources.

In the field of information technology, some of those waivers and exceptions have become a routine part of federal acquisition. Since 2004, Congress has added language to appropriations bills each year to bypass Buy American provisions when the government is buying commercial IT items. Another portion of the Federal Acquisition Regulation lets products be considered “domestic” as long as they’re put together in the U.S. — no matter where their parts come from.

Depending on how the order is interpreted by the Office of Management and Budget and the Commerce and State departments, it could do more harm than good, said Trey Hodgkins, the vice president of the IT Alliance for Public Sector, a lobbying group that represents technology contractors.

“It will only help America if it is applied in a manner that reflects today’s reality rather than cut off our nose to spite our face,” he said. “For example, it makes no sense to reject the nearly $400 billion that foreign companies invest employing American workers, or to keep our government from buying the best technology to improve U.S. national security and help our citizens.”

Other existing workarounds to the Buy American Act allow agencies to buy from foreign sources when there’s literally no domestic source of supply that can produce “satisfactory quality” or quantities. That waiver has also come into routine use.

Given that fact, Halvorsen said during his time as CIO, he was less concerned about whether technology components were made overseas than the precise countries they originated from.

“What we really ought to be looking at is where don’t we want to buy. I didn’t want to buy stuff from certain nation states,” he said. “There are some U.S. companies I didn’t want to buy from, because when you look at their components, they’re all from countries I don’t want because of supply chain security concerns.”

Halvorsen — who, in the spirit of full disclosure, reminded lawmakers that he now works for South Korean electronics giant Samsung — said he would prefer to rearticulate U.S. procurement preferences as “Buy American-and-allied,” partly because doing so would enhance interoperability between the U.S. military and the other nations with which it regularly works in coalition operations.

“We don’t go to war alone,” he said. “We’ve got to make sure we don’t put out agency-by-agency Buy American rules that preclude us from communicating, and I think there’s great benefit if you buy systems in a way that benefits all of our allies in  terms of cost, delivery times and production.”

Halvorsen said the other “five eyes” countries the U.S. works with most closely — the United Kingdom, Canada, Australia and New Zealand — have already begun to move in that direction by coordinating their purchasing decisions and giving broad authorities for supply chain security matters to the chief information officers within their ministries of defense.

“They’re allowed to say, ‘Hey, that’s a U.K. company, but all of their parts are sourced out of a place we don’t like, so we’re going to go buy from an allied company,” he said. “We ought to have that kind of flexibility to make those decisions when it’s in the best interest of defense. There’s only one nation in the five eye community that doesn’t have that kind of authority, which would be us.”

On a related note, Halvorsen said the U.S.’s traditional allies tend to have much more flexibility in deciding where to direct their IT spending, and said that giving DoD’s CIO more authority to direct funding toward emerging technologies was the first step he’d recommend to speed up the IT acquisition process.

“I had to write and approve a $37 billion budget — it’s the only place in DoD where a single entity approves a budget that big — yet I couldn’t directly authorize a million dollars if I saw a great technology and put the money right on the table,” he said. “In the U.K., their CIO is permitted up to £10 million to look at existing technology and say, ‘Hey, this would fit. Let’s buy a small amount, test it. Let’s put a performance objective around it and track the cost performance to peers.’ That makes [their government] a lot more attractive to a startup technology company. They’re on a six-month funding cycle, and if they don’t get the funding, they’re walking away, because they have to.” 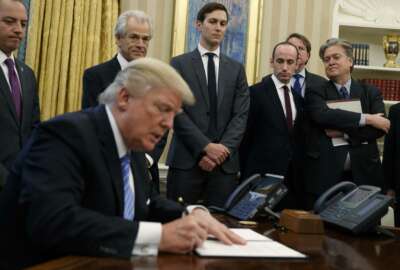 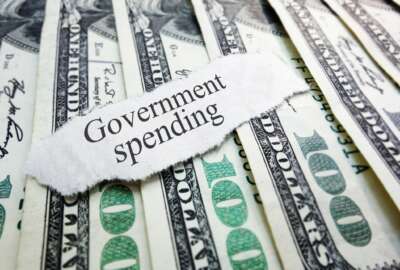 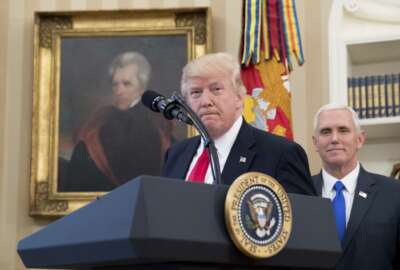