By just about any standard, the Air Force’s science and technology budget is massive. The Air Force Research Laboratory spends about $2 billion per year conducting research with the Air Force’s own funds and handles another $3 billion worth of projects for other agencies.

But the service’s current leadership has questions about precisely how those dollars are spent, and so the Air Force will spend the next year studying the degree to which they’re producing scientific...

By just about any standard, the Air Force’s science and technology budget is massive. The Air Force Research Laboratory spends about $2 billion per year conducting research with the Air Force’s own funds and handles another $3 billion worth of projects for other agencies.

But the service’s current leadership has questions about precisely how those dollars are spent, and so the Air Force will spend the next year studying the degree to which they’re producing scientific advances that will be relevant to their successors a decade or two from now.

“We will listen broadly and engage those who are on the cutting edge of science, so that we can focus our research efforts on the pathways that are vital to our future as a service,” she said, during opening remarks at the Air Force Association’s annual conference in National Harbor, Maryland. “This strategy will guide both what we prioritize for research and how we conduct our research. It will define our highest research priorities to be sure, but it will also help us strengthen new relationships between our Air Force and the science community, our universities and our industry partners.”

In broadening the traditional targets for Air Force research dollars, Wilson, who until earlier this year served as the president of the South Dakota School of Mines, said she wanted the study to place a particular emphasis on the potential for more university-based research.

Asked later in the day about the rationale behind the study, Gen. Ellen Pawlikowski, the commander of Air Force Materiel Command, told reporters that senior Air Force leaders haven’t necessarily identified anything wrong with the service’s current approach to S&T, but that an increase in funding for university-based research was particularly attractive because it offered the potential for a “double-bang for the buck.”

“Every dollar I invest in a university not only matures the technology, but it also brings to me the next generation of scientists and engineers for this country,” she said. “The things that are done at the universities are done by the students, so when we’re done with a project and students are graduating, this country has more talented STEM graduates.”

And Pawlikowski said any increased emphasis on universities that might result from the year-long study should not be interpreted as a diminution of the importance of federally-funded research and development corporations like RAND and MITRE, the organizations the Air Force has more habitually turned to in order to answer vexing scientific and research questions.

“Our FFRDCs are amazing, and I think a lot of our success in this country, in terms of being able to stay on the technical edge, is because of them,” she said. “But they live in the same ecosystem that I do. And when I go to a university to talk to a chemical engineering department, it’s a different set of thinking. They look at things differently, because they’re trying to solve problems we aren’t thinking about.”

Wilson said the ultimate objective of the study is to make the Air Force the “sponsor of choice” for researchers across the country, whatever their professional affiliation. The results are expected to start influencing the service’s budget decisions starting in the 2019 or 2020 timeframe, and officials said it could also alter the Air Force’s own management structure for research and engineering, and the types of technologies it decides to invest in.

The review was motivated by a concern that the Air Force risks losing further ground in technological superiority to potentially hostile nations, Wilson said, though she later added that the greatest risk on that front comes from the federal government’s seemingly perpetual budget uncertainty.

“Congress has enacted 31 continuing resolutions in nine of the last 10 years,” she said. “Operating under a CR means we can’t start any new programs, we can’t fund new innovation, we can’t fund new investments in modernization. It means we lose the flexibility to enhance readiness and lethality little by little. And a return to Budget Control Act funding levels would destroy the small gains we’ve made in readiness over the last three years, it would degrade infrastructure, and it would throw contract negotiations into turmoil. Our potential adversaries are not facing these kinds of obstacles from their own governments. They are continuing to execute their modernization plans. This is how we lose the warfighting advantage.” 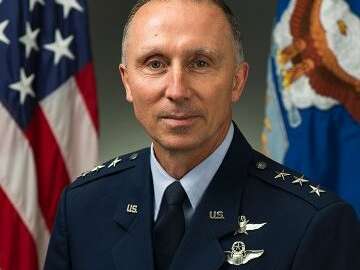 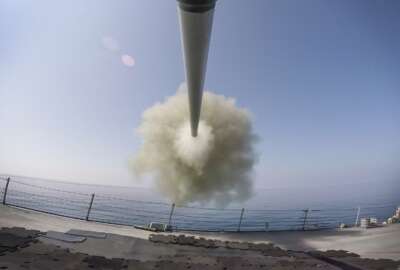