If there’s one message that rings through in the Defense Department’s decision to clamp down on service members’ ability to transfer their education benefits to their children or spouses, it’s this: Even if the GI Bill itself is an entitlement, the aspect of the program that lets service members pass the benefit along to their dependents is...

If there’s one message that rings through in the Defense Department’s decision to clamp down on service members’ ability to transfer their education benefits to their children or spouses, it’s this: Even if the GI Bill itself is an entitlement, the aspect of the program that lets service members pass the benefit along to their dependents is not.

In a policy change late last week that caught military and veterans’ advocates by surprise, the Pentagon announced that military members will lose their ability to transfer their Post-9/11 GI Bill benefits to their dependents if they’ve already served at least 16 years in uniform. The change takes effect a year from now.

Previously, the benefit, which covers the full costs of tuition plus room and board at an in-state public university, was transferable at any time, as long as the service member was willing to commit to at least four more years of military service.

And other sections of the policy make clear how serious DoD is that that commitment be carried out. For example, troops who are on limited duty, or whose fitness is being examined by a medical evaluation board aren’t even eligible to apply until those processes are completed.

In its revisions to the formal instruction outlining the rules for GI Bill eligibility, DoD added numerous clauses emphasizing that service members have no right to transfer their benefits. They can request it, but approval is entirely up to Defense officials.

“Transferability is neither an entitlement nor a transition or readjustment benefit,” according to some of the updated language.  “The military departments will not automatically approve a service member’s request to elect to transfer benefits.  Before approving an individual’s request to elect to transfer benefits, the secretary concerned must determine whether the service member is eligible for retention under the military department or service retention policies (e.g., high-year tenure) and is not precluded by either DoD, military department, service policy, or statute from being retained for four additional years from the date of election.”

In a statement, Defense officials said the new 16-year rule was directly connected to retention,  which they said was the “intended purpose” of the portion of the GI Bill that allows the transfer of benefits. They did not offer a detailed explanation for how the change would enhance recruiting or retention, or how they were harmed by the previous rules.

“After a thorough review of the policy, we saw a need to focus on retention in a time of increased growth of the Armed Forces,” said Stephanie Miller, DoD’s director of accessions policy. “This change continues to allow career service members that earned this benefit to share it with their family members while they continue to serve. This change is an important step to preserve the distinction of transferability as a retention incentive.”

One possible rationale is the theory that military members who have already served 16 years in uniform don’t need G.I. Bill transferability as an incentive to remain in military service. Those members already have a strong incentive to stay for four more years, since they generally become eligible for lifelong retirement pensions and health coverage after 20 years of service.

But military and veterans advocates groups said they were not certain of DoD’s reasoning for the change, which came as a surprise.

“We hadn’t been reached out to, and I don’t know anybody else that’s been reached out to,” said Thomas Porter, the legislative director for Iraq and Afghanistan Veterans of America, which lobbied aggressively for the Post-9/11 GI Bill’s initial passage. “We’re very strong defenders of this really transformative benefit, and we’re going to oppose any efforts to erode it.”

Porter added that the transferability feature of the GI Bill is widely seen in military circles as a central component of the program, and is, itself, an “earned benefit.”

“It’s certainly something that’s always been communicated that way, and that’s the way a good number of military members understand it to be,” he said in an interview.

Porter said his group was eager to hear justifications from DoD about exactly how the policy changes could help with retention, but that he had heard none so far.

“We don’t see it that way. We’re in a situation where the military is trying to increase end strength. I don’t know how you do that if you’re going to erode a benefit,” he said. “Why do that unnecessarily?”

Dana Atkins, the president of the Military Officers Association of America, said DoD’s changes represented the first attempt since the Post 9/11 GI Bill’s passage to  restrict eligibility for the benefit. MOAA has said it was also not consulted about the change.

“At its inception, lawmakers insisted upon the ability to transfer GI Bill benefits as a way to recruit and retain America’s best and brightest. Transferability, coupled with an additional service requirement, became one of the cornerstones of the Post-9/11 GI Bill. The option to transfer benefits is particularly valuable for military officers, many of whom already have collegiate and advanced degrees,” Atkins said in a written statement to Federal News Radio. “MOAA believes the unilateral change to cut off transferability will likely have a compounding, negative effect on recruiting and retention over time. As military families continue to serve during the longest period of sustained conflict in American history, we question the timing of this change and will seek to learn the VA’s role and the interest level of Congress.”

The change comes less than a year after Congress moved to make the Post-9/11 GI Bill more generous.

Among other changes, the Forever GI Bill, signed into law last August, lets former military members use their education benefits at any point in their life, eliminating the previous requirement that they do so within 15 years of leaving the military.

The Veterans Affairs Department administers and funds the education benefit, although the program’s eligibility rules are set by DoD. The House Veterans Affairs Committee is set to hold a hearing on the implementation of the new law on Wednesday. 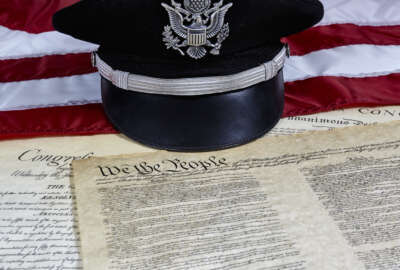 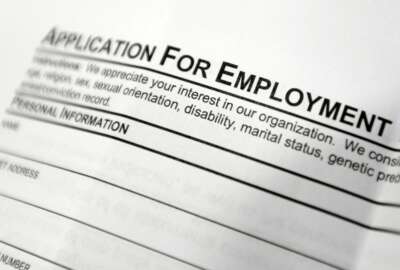