A draft executive order from the Trump administration would make classical architectural styles “the preferred and default style” for new federal construction projects.

However, current and former officials who have played a role in federal real property projects have raised concerns over how this preference would impact the function and cost of buildings in the government’s portfolio.

The draft EO, first obtained and reported by Architectural Record, states that the austere Brutalist and modern designs prevalent...

A draft executive order from the Trump administration would make classical architectural styles “the preferred and default style” for new federal construction projects.

However, current and former officials who have played a role in federal real property projects have raised concerns over how this preference would impact the function and cost of buildings in the government’s portfolio.

The draft EO, first obtained and reported by Architectural Record, states that the austere Brutalist and modern designs prevalent in Washington, D.C. “fail to satisfy these requirements and shall not be used” for new construction.

The EO would also stand up a President’s Committee for the Re-Beautification of Federal Architecture, staffed by the commissioner of GSA’s Public Buildings Service and at least one member of the Commission of Fine Arts.

The board, in a report to the president due 60 days after signing the EO, would issue recommendations to update the 1962 Guiding Principles for Federal Architecture.

The EO specifically calls out the headquarters buildings of the departments of Labor, Health and Human Services, and Housing and Urban Development, as being “undistinguished,” “uninspiring,” and “just plain ugly.”

While it remains unclear how far the draft EO had gone through the White House vetting process, its existence has caused a stir with officials central to federal building and construction efforts.

A GSA spokesperson confirmed to Federal News Network that David Insinga, the chief architect and director of its Design Excellence Program, is no longer with the agency and said an acting replacement has not yet been named.

In a letter to President Donald Trump, American Institute of Architects President Jane Frederick confirmed that James Sherk, special assistant to the president for domestic policy, met with her staff Jan. 15 to discuss “some of our concerns and issues impacting the design community.”

“At that time, it was our understanding that this draft executive order was not moving forward,” Frederick wrote. “We were shocked and disappointed to hear that it is still in circulation.”

A former Office of Management and Budget official told Federal News Network that while PBS used design competitions among architects to solicit innovative designs for federal building projects, he said “neither OMB nor the White House ever cared to set policies that impacted agencies’ building design preferences.”

Reports of the draft executive order also raised concerns within GSA. While some historic GSA properties, like the Wayne Aspinall Federal Building in Grand Junction, Colorado, have gone through renovations focused on energy-efficiency and sustainability, “their construction and thermal mass are totally different compared to the recreations we do today,” one official said.

“I have little idea how we would meet our sustainable performance requirements so that the function could be jammed into a preconceived form,” the official wrote.

Historical buildings make up a quarter of the properties GSA owns, and are either listed or eligible for listing on the National Register of Historic Places. These buildings span a gamut of architectural styles from Neoclassicism to Mid-Century Modernism.

But renovating GSA’s owned property portfolio to meet the architectural preferences outlined in the draft EO would strain GSA’s limited budget for construction and repairs.

“As appropriation allowances continue to fall below the amount of rent collected, GSA
is forced to defer critical repairs, suspend capital reinvestment, and forego new construction and
consolidation opportunities,” GSA Administrator Emily Murphy told members of the House Transportation and Infrastructure Committee last month in a hearing about the Trump Hotel.

“There has been a tension in federal building design from the outset. When our nation was founded, the predominant style was Federalist, like Constitution Hall in Philadelphia. But this was derivative of a British style, and people like Thomas Jefferson began pushing for a neoclassical style,” the former PBS employee said.

When the Truman administration stood up GSA in 1949, Congress directed the agency to abandon the neoclassical style popular with government buildings at the time. Instead, lawmakers directed GSA to develop new buildings in the Brutalism style, using synthetic materials like poured concrete to cut costs.

Under the Clinton administration, the PBS created its Design Excellence Program, which had a panel of well-respected architects judge contest entries for new federal buildings.

However, the former PBS official said the Obama administration “deemphasized a commitment to Design Excellence” as part of its push to shrink the federal real estate footprint and its costs. 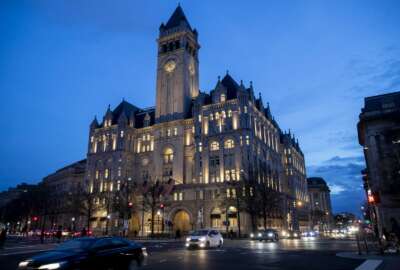