Under the Trump administration’s fiscal 2021 budget request, the Environmental Protection Agency and the Department of Homeland Security will both move forward with separate efforts to consolidate their workforces and move out of leased office space.

Funding in the budget document would support consolidation efforts already in motion and meet longstanding administration goals of maximizing agencies’ use of buildings the federal government already owns, and cutting down on leased space.

The EPA expects to move...

Under the Trump administration’s fiscal 2021 budget request, the Environmental Protection Agency and the Department of Homeland Security will both move forward with separate efforts to consolidate their workforces and move out of leased office space.

Funding in the budget document would support consolidation efforts already in motion and meet longstanding administration goals of maximizing agencies’ use of buildings the federal government already owns, and cutting down on leased space.

The EPA expects to move 1,200 employees from its Potomac Yard One building in Arlington, Virginia to the agency’s headquarters at the William Jefferson Clinton Complex in Washington, D.C. The consolidation would begin in March 2021.

An EPA spokesperson told Federal News Network that the lease on the Potomac Yard One building is set to expire March 2021, and by not renewing it, the agency expects to save $12.7 million in rent savings annually.

The FY 21 budget request would give the General Services Administration $48 million to upgrade and replace elevators and a handicap-accessible chairlift to accommodate the increased capacity at the EPA’s headquarters at the Clinton Complex.

The move would impact employees who work for the agency’s Office of Research and Development, Office of Land and Emergency Management and Office of Chemical Safety and Pollution Prevention.

The consolidation is part of a governmentwide effort under the Trump administration and previous administrations to reduce the federal government’s real estate footprint.

The spokesperson said the EPA must report on how it intends to “accelerate its effort to reduce all space needs, reduce rent paid to private landlords, and wherever feasible, relocate employees from leased space into available federally-owned space.”

“Facing budget constraints during the past few years, the agency has tried to reduce impacts on its programs by using rent savings to absorb appropriations cuts,” the spokesperson added.

The relocation of these 1,200 employees — albeit only across the Potomac River — is by far the largest consolidation recently undertaken by the agency.

Last July, the EPA announced it would close its Las Vegas Finance Center and move all grants-related functions to the agency’s Research Triangle Park Finance Center in North Carolina. The move will affect 16 employees, who are eligible for reassignment to other positions within the Office of the Chief Financial Officer.

Meanwhile, the EPA’s Office of Research and Development, including its National Exposure Research Laboratory, ceased operations in Las Vegas last year and gave the 50 employees impacted by the closure about six months to relocate to new offices, accept a buyout or step down from their positions.

The decade-long effort to build the Department of Homeland Security a consolidated campus at St. Elizabeths in Southeast Washington would also gain momentum under the administration’s budget request.

GSA, in its FY 2021 budget justification,  has requested $459 million for a new headquarters building for DHS’s Intelligence and Analysis division located on the St. E’s campus.

“By bringing DHS headquarters components into a single government-owned campus, DHS will avoid incurring additional costs for commercial leases and enable its employees to collaborate more readily in a secure working environment,” GSA wrote in its budget justification.

The DHS campus at St. E’s represents the largest federal construction project since the Pentagon, but underfunding and schedule delays have repeatedly pushed back the project’s timeline and undermined the scope of what the finished product will look like.

With nearly 70% of DHS’s leases in the national capital region set to expire between 2016 and 2020,  Congress and agency officials expected that consolidation at St. E’s would eliminate as many as 50 leases, and bring a critical mass of the agency’s leadership together in one location.

However, Congress has only funded 43% of what multiple administrations have requested for construction, and several agency components have walked away from plans to move to St. E’s.

The Transportation Security Agency and U.S. Citizenship and Immigration Services have both decided to build their own headquarters, and the Federal Emergency Management Agency is looking at long-term leasing options elsewhere in D.C. after Congress gave DHS $120 million for a new FEMA headquarters at St. E’s. 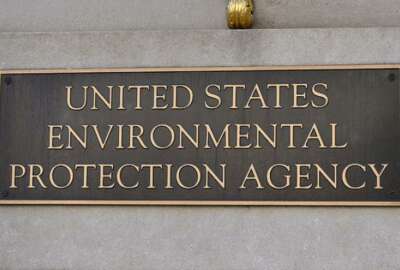