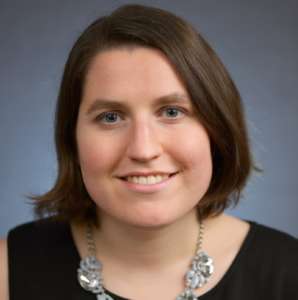 Federal Chief Sustainability Officer Andrew Mayock is a firm believer that “what gets measured gets done.”

His experience using metrics in his previous jobs — at the Office of Management and Budget and the Treasury Department — will be put to the test implementing the Biden administration’s Federal Sustainability Plan.

Announced in December in conjunction with Executive Order 14057, the Federal Sustainability Plan envisions a net-zero emissions economy by 2050 to help limit global average...

Federal Chief Sustainability Officer Andrew Mayock is a firm believer that “what gets measured gets done.”

His experience using metrics in his previous jobs — at the Office of Management and Budget and the Treasury Department — will be put to the test implementing the Biden administration’s Federal Sustainability Plan.

Announced in December in conjunction with Executive Order 14057, the Federal Sustainability Plan envisions a net-zero emissions economy by 2050 to help limit global average temperature rise to 1.5 degrees Celsius. The plan has several interim yearly benchmarks for agencies to harness procurement authority to reach 100% carbon pollution–free energy at federal facilities by 2030. It also calls for an entirely zero-emission vehicle fleet by 2035, a net-zero emissions building portfolio by 2045 and a 50% emission reduction goal by 2032.

The administration defines net zero as reducing greenhouse gas emissions (GHG) to as close to zero as possible and balancing remaining emissions with an equivalent amount of emission removal, through natural carbon sinks, carbon capture and storage, direct air capture or other methods.

“In the interim, we’ve committed as a federal government to get to 100% carbon-free electricity consumption no later than 2030, with at least 50% of that being on a 24-hour, seven-day-a-week basis,” Mayock said during a virtual talk in March.

The government’s green benchmark as of 2022

Currently, the government is at a baseline of approximately 40% carbon-free electricity. “It not surprisingly reflects the basic state of the grid as a whole,” Mayock said. “Since we’re a consumer throughout the United States, it’s not surprising that our consumption footprint looks like the aggregate of the United States. We need to move that 40% number to 100% in this decade.”

Doing so will require doubling and tripling down on onsite energy generation at federal facilities, he said. As an example, Mayock pointed to projects such as the installation of ground-mounted solar arrays at Edwards Air Force Base in California, which is scheduled for completion later this year.

The administration’s plan is divided into operating and enabling goals, the former including efforts such as net-zero emissions vehicle acquisitions. The enabling goals are vaguer and include steps such as identifying human capital requirements for effective implementation. These efforts incorporate sustainability and climate action into existing federal training initiatives, and they are driven less by yearly deadlines and more by systemic change.

Enabling goals include the Biden administration’s Justice40 initiative to deliver 40% of the overall benefits of federal climate, clean energy, affordable and sustainable housing, clean water and other investments to disadvantaged communities overburdened by pollution. In February, the Council on Environmental Quality (CEQ) launched a beta Climate and Economic Justice Screen Tool that provides socioeconomic, environmental and climate information to inform agency decisions affecting these communities. The tool has downloadable datasets updated with feedback and research.

Mayock described “serious momentum” in the transportation sector, with the White House aiming to ramp up expansion of a national charging infrastructure and the acquisition of electric vehicles this year. Energy Secretary Jennifer Granholm and Transportation Secretary Pete Buttigieg use Ford Mustang Mach-E electric cars in their security details. The Department of Homeland Security also has one and is pushing for more, he said.

Right now, only about 1% of light-duty vehicle purchases are for zero-emission vehicles, but the goal is 100% by 2027. To achieve that, agencies must reframe their budget and implementation plans, Mayock said. The government has a fleet of about 650,000 vehicles, and it turns over about 50,000 of them each year.

“Last year, 2021, the government purchased a whopping 650 zero-emission vehicles on that 50,000 turnover,” he said. “And so what we are doing this year — we started last July — is getting very tactical with agencies and saying, ‘How many can you do this year? Which vehicles are you replacing? Which make sense to become [zero-emission purchases]; which don’t?’ ”

The greening of federal construction

Meanwhile, CEQ is starting to deliver on the requirements for construction design.

On March 30 the General Services Administration announced new standards for concrete and asphalt used in its construction, modernization and paving projects. The standards reflect a 20% reduction in greenhouse gas emissions from current national limits. GSA issued the standards after a couple rounds of soliciting input from more than 130 industry stakeholders, nonprofits, local governments and trade associations on the widely available options to reduce concrete and asphalt’s environmental footprints.

CEQ realizes, however, that durability of the plan is key; these efforts will be moot if a new administration changes direction before any goals are met. As such, baking supplier requirements into the Federal Acquisition Regulation is crucial to the plan’s ultimate success, Mayock said.

“We’re going to use our tools where we can — to make lasting change that way.”