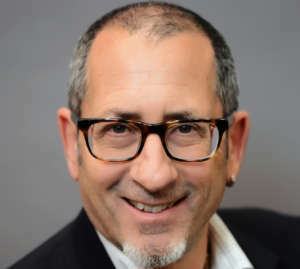 For certain military commands, program planning and budget execution are offset from their direct authority. A case in point is U.S. Northern Command (USNORTHCOM) and the co-located North American Aerospace Defense Command (NORAD).

I asked the commander of both, Air Force General Glen D. VanHerck, how he deals with the Program Objective Memorandum (POM) and subsequent budget processes, for a joint operation like USNORTHCOM.

“What I would say is, first, from a combatant commander perspective,...

For certain military commands, program planning and budget execution are offset from their direct authority. A case in point is U.S. Northern Command (USNORTHCOM) and the co-located North American Aerospace Defense Command (NORAD).

I asked the commander of both, Air Force General Glen D. VanHerck, how he deals with the Program Objective Memorandum (POM) and subsequent budget processes, for a joint operation like USNORTHCOM.

“What I would say is, first, from a combatant commander perspective, we don’t have any direct control over the budget, and the process. We have input into the process early on.”

That input, VanHerck said, takes the form of advocacy memos. “What we’re seeking from the services is the opportunity to influence the department’s guidance for budgeting.” That is, the DPG, or Defense Planning Guidance, the Defense Department’s allocations for what the armed services ultimately have the funds to acquire.

USNORTHCOM doesn’t itself have weapons or infrastructure acquisition authority. It must instead make the case for resources it needs from the armed services in order to carry out its assigned mission set. Each of USNORTHCOM’s advocacy memos details the risk levels associated with each option it submits, VanHerck said.

Like nearly every federal agency and component, VanHerck said, USNORTHCOM labors under the uncertainties of the congressional appropriations process.

“I would tell you, the real challenge has been the period between the submission and the appropriation,” VanHerck said. “Ideally, we’d like to have an approved budget for execution on the first of October every year.” The reality has been a default to continuing resolutions going back many years. “And that has been incredibly detrimental to our buying power, our erosion of readiness, those kinds of things.”

In a given year, wild card events, unforeseen earlier in the planning, programming, budgeting and executing (PPBE) cycle, can upset budget execution. As an example, VanHerck cited Operation Allies Welcome, a Homeland Security Department operation to resettle Afghan refugees in the United States, when the Afghan government collapsed following U.S. withdrawal. The initiative pulled USNORTHCOM to provide temporary housing to thousands of people.

He added, “Sometimes we can go back to Congress. But oftentimes, we don’t have to do that, we have to adjust within the year of execution, so that will obviously have impacts – primarily on our operations and maintenance funds.”

VanHerck noted that because of the legally–bound “colors of money” in the Defense Department, executives can’t simply take, say, acquisition dollars and use them for operations.

Until any legislative update to the way DoD must manage its funding, VanHerck said that a level of inflexibility will remain.

“I do believe that we ought to look at the world that we live in, and ensure that the policies and laws allow us to operate within that world,” he said. “We have to make sure that we can also adjust and adapt quickly, and that those policies and laws are not hindering us at operating at the speed of relevance in the future.”

For the USNORTHCOM and NORAD programs and operations, VanHerck said the key is a good sense of the priorities. He said the POM process, with its annual updates, does give the chance to ensure priorities get the updates that might be required from year to year.

“The beauty of the POM is, it’s designed to update the five-year FYDP [future years defense program] and then it adjusts every year,” VanHerck said.

The prioritization, he said, starts with the Joint Chiefs-level Joint Strategic Planning System. The JSPS results in the mission tasks issued to commands such as USNORTHCOM. In NORAD’s case, the Canadian system for military planning also contributes.

“And when you take [the missions], and you dissect them,” VanHerck said, “and you have to apply capabilities … you will find that you either have the resources to do it, or in some places, you don’t have the capabilities you need.”

The resulting resource gaps form a priority list that, backed by justifications and metrics, goes to the DoD’s Joint Requirements Oversight Council.

“My job is to produce options, and convey the risk of those options,” VanHerck said. “As I create options, I’m given a task to achieve a policy and state, given by our civilian leaders, whether that be Canada or the U.S.” Each option is accompanied by a level of risk.

“So if you want the lowest risk possible, then this is the plan. This is how many people it would take to execute. On the other side, I may give them a high-risk option that says we can get by with less capability and less people to do that,” he said. “Ultimately, I’m not going to factor in the budget. I’ll let the policymakers figure that decision out.”

Regardless of the activity for which he’s developing options, VanHerck said he and his team have an ongoing need for good data and analytics. In many cases, he noted, planners have a handle on the analytic inputs, such as the cost per hour to operate an F-22 Raptor, for instance.

“I think we need better data analytics, in many cases, to analyze some of the options, the capabilities,” he said.

The spreadsheets and other manual tools so common across DoD aren’t up to the task, VanHerck added. “When you do this with pencils and erasers and those kinds of things, it becomes challenging to really present options and present risk and make arguments for one option over the other.”