The Navy relieved the commander of its 7th Fleet after a string of at-sea accidents in the eastern Pacific. This weekend’s collision involving the U.S.S. John McCain was only the latest incident in the Japan-based 7th Fleet’s area of operations. All told, there have been four collisions since January, including two fatal ones that claimed the lives of 17 U.S. sailors. The commander of the Navy’s Pacific Fleet is on his way to Japan to formally relieve Vice Adm. Joseph Aucoin of his duties as 7th fleet commander, signaling a loss of confidence in his ability to lead. (Associated Press)

Members of the House Homeland Security Committee want to know why the Homeland Security Department’s migration to a single performance and learning management system has hit so many hurdles. The DHS inspector general in June said the system was the “textbook definition of waste” for spending $24 million on a program which doesn’t yet meet operational standards. Reps. Scott Perry (R-Pa.) and Lou Correa (D-Calif.) sent a letter to DHS earlier this month asking if the department expects any further delays or cost overruns in getting the performance management system operational. Lawmakers wanted DHS to answer by yesterday.

A Homeland Security Department- run panel sounded the alarm for the nation’s cybersecurity vulnerability. In a new report, the National Infrastructure Advisory Council said there was a narrow and fleeting window of opportunity to prevent a 9/11-level cyber attack. It listed several recommendations to government and industry, including creating a public-private expert exchange program. (Department of Homeland Security)

The Army is mobilizing its biggest ever reserve cyber task force. As of Aug. 14, 138 National Guardsmen are supporting U.S. Cyber Command. The task force will carry out cyber missions. It’s part of the 41 teams the Army is providing to build CYBERCOM’s cyber mission forces.

Fifteen different FOIA regulations, 21 different privacy rules, it’s no wonder the Defense Department’s task force to reduce unnecessary regulations is expecting a busy two years. DoD is reviewing 716 regulations as part of the White House’s mandate to reduce the regulatory burden on citizens and businesses. Of those 716, 350 are acquisition related. DoD expects to submit recommendations to OMB on an ongoing and regular basis in an effort to shrink their regulatory footprint

The Social Security Administration plans to spend almost $8 billion on IT services over the next 10 years. The Social Security Administration chose three vendors to modernize its back-office and mission critical systems. Northrop Grumman, CGI Federal and Leidos won distinct, but related contracts each worth between $2 billion and $3 billion over 10 years. SSA wants the vendors to help them move to the cloud, use agile or dev/ops and take advantage of data analytics across multiple systems and platforms. The agency said through this contract it will build the future information systems architecture to better meet the requirements of the agency and the citizens it serves. (FedBizOpps).

Federal grant-making programs and procurement offices got some help adopting the DATA Act. The White House recommended three steps to help. An Office of Management and Budget report called for continued standardization of data, using auto-populating technology, and employing IT open standards so it’s easier to develop new digital tools. The report built on the May 2017 DATA Act rollout within agencies. (Federal News Radio)

Customs and Border Protection tested a system to speed up the return of Americans who visit Canada. Tourists who cross Lake of the Woods from Minnesota into Ontario no longer have to traipse to a CBP outlying reporting station before they return to any of six fishing resorts on the U.S. side. The agency launched a pilot program that lets anglers use a tablet app to report their arrival. Travelers speak with federal agents using video conferencing. Next up will be a smartphone version. (Customs and Border Protection) 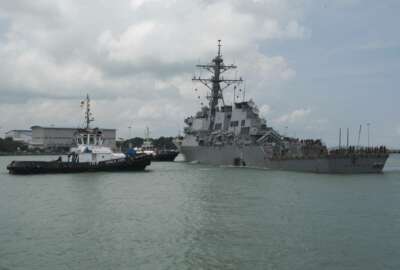 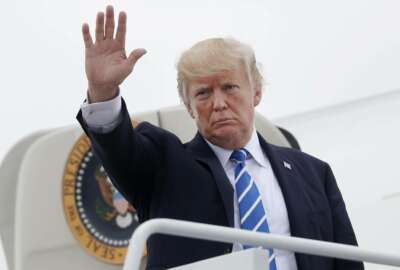 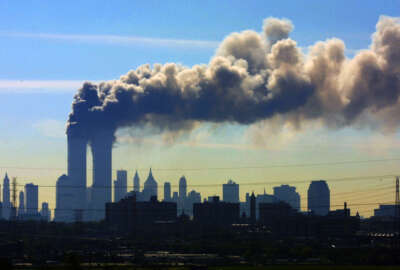 Conflict of interest, slow payouts among issues with DoJ’s administering of 9/11 victims fund