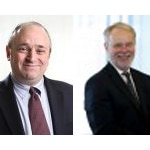 The U.S. Postal Service, struggling to stem billions of dollars in losses, is drawing close to a decision on a massive new contract to replace its aging mail trucks.

The agency is road-testing five prototype “Next Generation Delivery Vehicle” models for a contract worth as much as $6.3 billion -– a mix of American and overseas-based companies including defense contractor Oshkosh Corp., India-based auto maker Mahindra, and a team of Ohio-based electric vehicle manufacturer Workhorse Group Inc. and VT Hackney, part of a Singapore-based engineering company.

The stakes are high for the contractors and the Postal Service as it seeks to propel itself into the future.

“Postal trucks are so iconic to American suburban life,” Christoph Mlinarchik, a government contracts expert and owner of the consulting firm www.ChristophLLC.com, told Bloomberg Government in a written statement. “This is a high-visibility contract that you simply have to get right.”

The so-called “Next Generation Delivery Vehicles” would phase out the 163,000 trucks designed more than a quarter-century ago by Grumman and Chevrolet. The agency is planning to issue a single award for 180,000 new vehicles that each will cost between $25,000 and $35,000, for an estimated total revenue take of between $4.5 billion and $6.3 billion.

The five prototype finalists also include a bid from American-based defense contractor AM General LLC, and a team effort from a Turkey-headquartered Karsan Automotive and Morgan Olson out of Michigan.

The Postal Service could decide to open the process to other companies at the last minute – though it more likely will remain limited to the five prototype teams, according to a lawyer monitoring the process.

Rich Ansell, a marketing executive with Mahindra Automotive North America, declined comment. Calls and emails to representatives of each of the six other companies went unanswered.

Workhorse CEO Steve Burns said recently he expects the Postal Service to make its decision by the end of 2018, according to news accounts. Award timing could be key for Workhorse, which, as it attempts to move toward profitability, this month announced a new common stock public offering to raise funds.

From fiscal 2018 through 2028, the Postal Service predicts it will spend an average of $821 million per year for vehicles, “primarily driven by a multi-year acquisition of new delivery vehicles starting in fiscal year 2019,” according to a June 2018 report from the Government Accountability Office.

The Postal Service will pay for the new trucks out of its revenues from package deliveries and postage stamp sales.

By today’s standards, the Postal Service submits, the current trucks are unsafe, too small, and burn too much fuel.

On the surface, the new trucks look somewhat similar to the current boxy white models, with their eagle logos and blue-and-red stripes remaining.

Inside, they’ll be significantly different. The Next Generation vehicle – expected to have an 18-to-20-year life cycle – will include airbags, anti-lock brakes and air conditioning, features car buyers have long taken for granted. They’ll also be longer and taller than the current model, with a minimum 1,500-pound payload capacity, 100 pounds more than the current trucks.

The Postal Service also is open to a new truck that uses alternative fuels and energy sources, to save money and be better environmental stewards.

If the agency picks its lone all-electric choice – the VT Hackney/Workhorse bid – the agency is potentially looking at saving hundreds of millions of dollars in gas alone. In 2014, the agency reportedly spent almost $540 million on fuel.

At the same time, the agency is pursuing autonomous technology, which also promises to reduce fuel costs.

“The U.S. Postal Service’s goal is to obtain and operate vehicles that will help us provide reliable and efficient delivery services for customers and honor our commitment to reduce the environmental impact of our fleet, while meeting needs of our employees to best do their jobs safely,” Postal Service spokesman David Partenheimer told Bloomberg Government in a written statement.

Part of the calculus for the Postal Service as it decides which bid to choose will be whether to “Buy American,” as President Donald Trump has urged federal agencies to do.

Agency officials will weigh Trump’s trade policies, and may feel his sting if they make a choice the White House doesn’t like, says Tim Cooke, chief executive officer of ASI Government, a federal acquisition consultancy.

“They’re liable to face a backlash if the award goes to one of the foreign-based companies – a big political backlash,” he told Bloomberg Government.

The key will be how the agency “balances the need for new technology and efficiency with a challenging political environment,” Mike Vernick, a partner with Hogan Lovells in Washington and head of the firm’s government contracts practice group, said.

Complicating factors further is the fact that some bidding companies and teams don’t fall cleanly into the “American” or “foreign” baskets. Though Mahindra is based in India, for example, the company soon will begin making off-road vehicles in a plant outside Detroit.

“In federal contracting, what ‘made in America’ means is often a complex question,” Vernick told Bloomberg Government.

The Postal Service has been awash in red ink as online correspondence has eaten away at first-class mail and the agency has been forced to reassess complicated relationships with package carriers FedEx, United Parcel Service Inc. and especially Amazon.

The Postal Service has hemorrhaged $63 billion-plus since 2007, including $1.5 billionin the fiscal quarter ending in June.

Postmaster General and CEO Megan Brennan has blamed the agency’s revenue losses on being forced to adhere to a flawed way of doing business mandated by Congress.

Critics cite different factors. The Post Office made a poor deal by charging too little to deliver Amazon packages, Trump alleged last year. He slammed the agency on Twitter for allowing Amazon to dupe it into becoming “dumber and poorer.”