The Office of Special Counsel said it’s been a “victim of its own success” in fiscal 2015, thanks to more whistleblowers coming forward from the Department of Veterans Affairs.

In her annual performance and accountability report, OSC chief Carolyn Lerner cited the agency’s growing case workload as grounds for increased funding from Congress in fiscal 2017.

“OSC is fulfilling its mission. However, successfully managing the dramatic increase in demand for OSC’s services poses a significant challenge,” Lerner said. “As the agency’s reputation for delivering results grows, so too does its caseload. While Congress moderately increased OSC’s appropriation this past fiscal year, the demand for our services continues to outpace the growth in our resources.”

Lerner said fiscal 2015 marked the second consecutive year in which OSC saw a double-digit growth in its services. OSC said whistleblowers coming forward with retaliation claimed and complaints about the quality of VA hospital care contributed most to the uptick in cases.

“This uptick in VA whistleblower cases proves that instances of misconduct and retaliation are still all too common within the department,” Jeff Miller (R-Fla.), chairman of the House Veterans’ Affairs Committee, said in a statement. “Thankfully, under the leadership of Special Counsel Carolyn Lerner, the Office of Special Counsel has had a successful track record of intervening to stop retaliation against VA whistleblowers in a number of high-profile and important cases. I have confidence this success will continue as long as Lerner is at the helm.”

Whistleblower complaints of alleged government wrongdoing rose to nearly 2,000 cases, marking a 26 percent in fiscal 2015, while prohibited personnel practices rose 20 percent to more than 4,000 cases. Overall, OSC received 17 percent more cases in fiscal 2015 than in the year before, and topped 6,000 complaints for the first time.

OSC is an independent watchdog agency that protects federal employees and applicants from unauthorized personnel practices in government.

The report also included a clean audit opinion for the fiscal year. “I am confident that the financial and performance data presented in this report are complete, reliable, and accurate,” Lerner said. “Achieving a strong financial footing is critical to the agency being able to perform its mission.”

While Miller commended whistleblowers for coming forward, he said more needs to be done to punish those found responsible for wrongdoing.

“Unfortunately, however, there appears to be a giant disconnect between the number of VA whistleblowers for which OSC has achieved corrective action and the number of employees the department has disciplined for retaliation,” Miller said.

Miller sponsored the VA Accountability Act, which passed the House in July 2015. The bill has yet to receive a vote in the Senate.

“When VA leaders refuse to discipline those who retaliate against whistleblowers … it sends a dangerous signal that retaliation has no consequences,” Miler said. “If efforts to reform the department are to ever be successful, VA leaders must fix this injustice.” 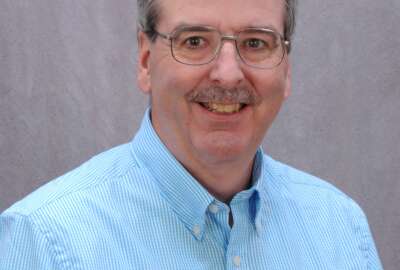