Over the last decade, the Postal Service’s business model has skewed much more heavily toward its package business, thanks to the boom in e-commerce.

But as a White House Postal task force conducts a review of the USPS  business model, Sen. Bernie Sanders (I-Vt.) has a few suggestions: Give neighborhood post offices the power to cash checks, and provide copying and printing services to the public.

In a letter to Treasury Secretary Steve Mnuchin, who...

Over the last decade, the Postal Service’s business model has skewed much more heavily toward its package business, thanks to the boom in e-commerce.

But as a White House Postal task force conducts a review of the USPS  business model, Sen. Bernie Sanders (I-Vt.) has a few suggestions: Give neighborhood post offices the power to cash checks, and provide copying and printing services to the public.

In a letter to Treasury Secretary Steve Mnuchin, who also serves as the head of the White House’s postal task force, Sanders says USPS should be given the flexibility to reach out into new businesses, like banking.

“The Trump Administration is right to take a serious look at the U.S. Postal Service. But it would be a disaster if the president or members of his administration believe that the ultimate solution is to privatize the Postal Service, the most popular government agency in America,” Sanders wrote in his June 6 letter.

The Postal Service has posted net losses over the last 11 years, and reported a $1.3 billion loss at the end of this fiscal year’s second quarter.

Postmaster General Megan Brennan, over the course of previous quarterly reports, has stressed that the Postal Service faces a “serious business model challenge.”

Last quarter, first-class mail, one of the Postal Service’s most profitable products, and marketing mail revenue declined by $181 million.

Under current law, local post offices have a limited ability to cash checks.

In the letter, Sanders also suggests allowing USPS to ship beer and wine or consider its own “non-commercial version of Gmail,” the popular web email service run by Google.

But the proposal from Sanders reopens the question of services the Postal Service wants to offer.

Kevin Kosar, a senior fellow and the governance project director at the R Street Institute, said the Postal Service and the postal task force should look at cutting costs rather than expanding into new businesses.

“The Postal Service, by law, is supposed to carry mail and parcels — that’s it,” Kosar said in an interview Friday.

In 2006, Congress passed the Postal Accountability and Enhancement Act, which reduces the Postal Service’s ability to venture into non-postal business.

The same law has also required USPS to pre-fund the health care benefits for future postal retirees, a major financial burden for the agency. By the end of fiscal 2017, USPS owed the fund more than $38 billion.

“Sen. Sanders starts with the proposition that if the Postal service is losing more, we need to figure out some way to bring more money to it, rather than to consider that perhaps the demand for its services is simply declining, and that maybe the Postal Service should, therefore, reduce its costs, so that it is in line with current market demands,” Kosar said.

However, Rick Geddes, a professor of policy analysis and management and the director of Cornell University’s infrastructure policy program, said Congress and the postal task force should seriously consider Sanders’ recommendations to commercialize, but not privatize, the Postal Service.

“By commercializing, I mean giving the Postal Service more commercial flexibility to operate its business like a true business. That includes giving management the freedom to price its products more flexibly,” Geddes said in an interview.

However, the flexibility would come at a cost. The postal task force is also looking at the root causes of the decline in mail volume, and whether the Postal Service should keep its monopolies on letter delivery and the use of residential mailboxes.

While Brennan has stated that USPS isn’t prepared to let go of its letter business anytime soon, Geddes says that’s the sacrifice USPS must make if it wants to branch out into more commercial services.

“You can’t just give this government-owned monopoly a lot more commercial freedom, because it will unfairly compete in other markets with the private sector,” he said.

On April 12, President Donald Trump signed the executive order creating the postal task force, stating that USPS is “on an unsustainable path” and must be restructured to avoid a taxpayer buyout.

The task force will investigate how USPS prices its package delivery services, and will submit a report to the president later this summer.

Ten years ago, USPS took in about $1.5 billion in parcel revenue. In recent years, it’s earning $20 billion in packages.

Kosar said the Postal Service has certainly grown its package business, but it remains to be seen whether that revenue can recoup the losses in first-class mail.

“They’ve come in and they’ve brought in a lot of new dollars, but of course they come with a lot of costs. The Postal Service’s market share in them – the future’s just not certain,” he said.

When reached for comment, the Postal Service referred to a statement it issued back in April about the launch of the postal task force.

“As we have repeatedly stressed, these business model problems are serious, but solvable, and the president’s executive order establishing the Task Force on the United States Postal System provides an opportunity to further consider these important public policy issues,” USPS said in its statement. “An open and transparent review process in which the perspectives of all stakeholders are fully represented to develop reform proposals could benefit American businesses and consumers.” 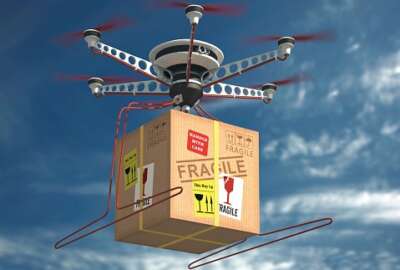 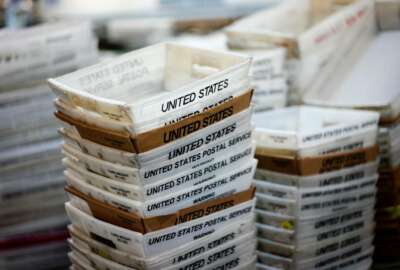