For the Cat in the Hat, little Cat Z was too small to see. But the real life Generation Z certainly is big enough to see, and to have influence on industry and society. Generation Z refers to people from 8 to 23 years old. The Postal Service took a deep look at how this generation regards...

For the Cat in the Hat, little Cat Z was too small to see. But the real life Generation Z certainly is big enough to see, and to have influence on industry and society. Generation Z refers to people from 8 to 23 years old. The Postal Service took a deep look at how this generation regards mail and whether it is even aware of USPS and the services it offers. For what they found, a research analyst for the USPS Office of Inspector General, Joanna Gerhardt, joined Federal Drive with Tom Temin.

Tom Temin: Dr. Gerhardt, good to have you on.

Joanna Gerhardt: Thank you for having me, Tom.

Tom Temin: So the USPS IG did this study rather than the Postal Service itself? You did this because you feel like they needed to be goaded into taking a look at this upcoming generation.

Joanna Gerhardt: Yes, absolutely. I am part of the research arm for the USPS Office of Inspector General. So we conduct in-depth research and analysis on postal issues to identify opportunities for revenue growth, exploring strategic ideas for ways to enhance the viability of the Postal Service. So this Generation Z study is actually a follow up to a report that we did about millennials in the mail in about 2008. So as you said, Generation Z is between 8 and 23. So they’re now transitioning into adulthood. And so the Office of Inspector General, we determined that it is an important time now to capture the foundational data about their behaviors and developing preferences.

Tom Temin: And what did you find? They don’t completely ignore the idea of mail at all, do they?

Joanna Gerhardt: No I would definitely say they do not ignore the mail. So there are many survey findings in our report, I’ll just highlight a few. So the Office of Inspector General, we surveyed the mail and packages that Gen Z’ers both send and receive. So two thirds of Gen Z’ers sent a greeting card or postcard at least several times a year. So this is seasonal on a special occasional basis. They also report receiving different types of mail and also packages from items they ordered online. So advertising mail came out on top as most frequently received. A majority received advertising mail at least monthly. But they really do focus on packages, with half of them preferring to open packages before any type of mail. But one interesting finding about Generation Z is that they have this emotional connection and enjoyment with mail. So the Office of Inspector General found that 64% of Gen Z’ers reported they liked writing and mailing cards to their friends and family. We also compared how they felt about using mail against video chat, email, or texting. And about 80% of Gen Z’ers feel happy when they receive mail. And this is compared to the 60% who are happy with video chatting, email or text. And there was also more excitement with mail with them.

Tom Temin: It makes you wonder if somehow the Postal Service could ignite a renaissance say just the way I don’t know, bartenders have created old fashioned drinks, and they’re back en vogue now, and all of these tactile types of things. Maybe they could somehow be part of or even encourage a renaissance in writing things down and mailing them with a stamp? You don’t have to lick it anymore – they stick on, but still.

Joanna Gerhardt: Absolutely. We discussed different strategies for engagement in the report. And one of them is really about building this awareness and emotional connection that Generation Z has with mail.

Tom Temin: And what about the prior generations? I mean, there’s a chart here of where they fall on the population scale. And I guess 42% of the population is Generation X, which is 40-55, and millennials, 24-39. So 24-55 is the bulk of the population. Do we know how they feel about mail relative to say, Gen Z?

Joanna Gerhardt: We did the report about millennials and the mail in 2018. So that’s on our website as well. And we find that they were also engaging with mail. But really, our report now is focused and highlighted this emotional connection that Gen Z has, which we did not report as much with the millennials.

Tom Temin: Got it. We’re speaking with Dr. Joanna Gerhardt, she is a research analyst for the U.S. Postal Service Office of the Inspector General. Because none of this has caused a increase in first class mail. I mean, that keeps going down and down every year. So do you think that there is a possibility for that curve to start turning up at all?

Joanna Gerhardt: Well, we didn’t quite look at that in the report. We did find that what they are sending are greeting cards and letters on a seasonal basis. So I’m not sure the impact there on first class mail. Since the Gen Z’ers that we surveyed were under 18, we didn’t quite get into like bills yet because they’re not quite there yet. But soon.

Tom Temin: Sure, and any other interesting findings because this emotional attachment could have a lot of ramifications in what they choose to do as they age and take on more responsibility.

Joanna Gerhardt: Absolutely. So to build on this concept of emotional connection, we also compared their preferences for using mail to connect with their family and friends in comparison to technology such as online video chatting, or text. So we looked at that across different scenarios for why you want to talk with your family or friends. And mail really emerged as a preference for when they want to send wishes, or make someone feel special, or I’m thinking of you. So we really speculate that they themselves feel special or happy when they receive a card or letter. And they recognize and want to share this sentiment with their family and friends. And one interesting part that came out of our qualitative data is that Gen Z’ers report that the time it takes to pick out a card, you know, write a message, send it in the mail, that process, you know, really conveys a deeper sense of care. That’s not found in the more instantaneous technology.

Tom Temin: Sure. And I think also interesting is that there’s an inkling here, I guess, that they appreciate the infrastructure of the mail service itself in the sense that people are handling the mail and delivering it to you in their own two hands. So there’s a organic connection between you and the recipient, even if they’re across the country. Seventy-nine percent of the Gen Z’ers with a door slot mailbox know their carrier well. Half the people with a mailbox on their porch know their carrier well. And if you’ve got the outside curbside mailbox, you know, the carrier well. So quite a number of people know who their carrier is. And that probably has some effect on that attachment to the mail system, you think?

Tom Temin: It seems to me there are clues to maybe better design for postal offices and postal installations. In the future, knowing that you have this maybe tenuous, but very real connection with an up-and-coming generation. Maybe it’s time to rethink the post office experience?

Joanna Gerhardt: Absolutely. We have, as I mentioned a few strategies for engagement in the report itself. So the Office of Inspector General, we looked at what other foreign posts were doing in their post office to engage with the younger generation. Some of them have engagement strategies for students like printing. And then we also suggested for our post office to include just small engagement, things like a pop up writing, letter writing or card writing station, different stamp passports if they visit the post office, and they’re able to speak with the people at the post office and learn the process for mailing and packages.

Tom Temin: Alright, so any response yet from the postal executives to the study.

Joanna Gerhardt: So we had strategies for engaging with Gen Z so they’re not necessarily formal recommendations, they’re suggestions for the post office to consider as Generation Z is now getting into adulthood. So you can see in the report, we have a letter from management where they agree on some of our strategies, including ones about building upon their programmatic efforts. So we had different programs, we suggested in the report that could engaged Gen Z’ers, whether from smaller educational programs, so they have a literacy program within schools to introduce children to the real life experience of writing a letter, addressing an envelope. We also highlighted their collaboration with mailers and advertisers as an effective way to engage with older Gen Z’ers. So those are some strategies that the Postal Service officials highlighted in their letter to us.

Tom Temin: And I learned peripherally from the study that the next generation that – yes, there’s someone that might be able to carry something out from the letter carrier – in that in don’t bite, but is Generation Alpha, and that’s the 0-7 year old. So we already have a name for the next group coming along.

Joanna Gerhardt: Absolutely. So that name could change as they develop their own characteristics.

Tom Temin: So a good baby gift might be a fountain pen that somebody could pick up and say, “Well, what do I do with this?’

Tom Temin: Joanna Gerhardt is a research analyst for the U.S. Postal Service Office of the Inspector General. Thanks so much for joining me.

Joanna Gerhardt:  Thanks for having me, Tom.

Tom Temin: We’ll post this interview along with a link to her research at FederalNewsNetwork.com/FederalDrive. Hear the Federal Drive on your schedule. Subscribe at Apple Podcasts or Podcastone. 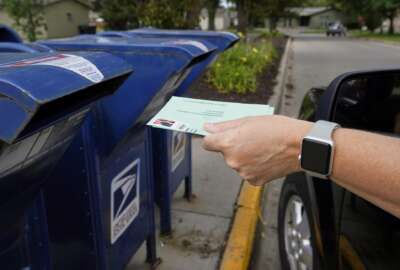 US judge orders stop to Postal Service cuts, echoing others 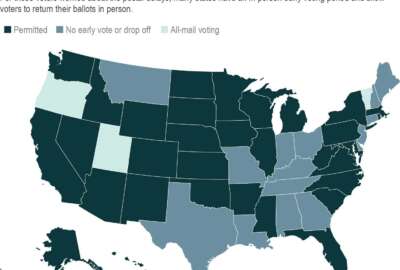 Vision 2020: Will mailed-in ballots be delivered on time?