Postmaster General Louis DeJoy said the Postal Service is still in the early stages of figuring out the percentage of electric vehicles it will buy in the first round of its next-generation delivery vehicle contract with Oshkosh Defense.

DeJoy told members of the House Appropriations Committee’s financial services and general government subcommittee that electric vehicles could make up half of the agency’s first-round vehicle order next year, if lawmakers make good on their offer to...

Postmaster General Louis DeJoy said the Postal Service is still in the early stages of figuring out the percentage of electric vehicles it will buy in the first round of its next-generation delivery vehicle contract with Oshkosh Defense.

DeJoy told members of the House Appropriations Committee’s financial services and general government subcommittee that electric vehicles could make up half of the agency’s first-round vehicle order next year, if lawmakers make good on their offer to give USPS billions of dollars to purchase more.

In a letter to the leadership of the House Oversight and Reform and Senate Homeland Security and Governmental Affairs Committees, DeJoy said USPS won’t place its initial vehicle order until February 2022.

DeJoy drew scrutiny from the House oversight committee last month when he said USPS expected electric vehicles would only make up 10% of its next-generation fleet.

Democratic lawmakers this week introduced a bill that would give USPS $6 billion, but require the agency to make 75% of its new vehicles electric. Another bill would freeze the agency’s 10-year contract award to Oshkosh Defense, in part because of the lack of electric vehicles in the plan.

“As we have expressed it, the initial ten percent electric vehicle quantity is a floor – not a ceiling – based upon our current financial condition and the resources that we believe we will have available to invest in our NGDV fleet,” DeJoy wrote in the letter.

While USPS supports integrating sustainable technology into its fleet, DeJoy said there are “operational limitations” to rolling out electric-only vehicles in certain areas.

DeJoy said there are as many as 12,500 postal routes in the country where the distance driven, environmental conditions or facility limitations would make electric vehicles “unfeasible or impractical.”

The flexibility of the 10-year contract, however, would allow USPS to purchase or retrofit electric vehicles with the latest technology, and would prevent the agency from being locked into outdated EV standards.

“This historic investment is part of our broader Postal Service strategy to transform our financial performance and customer service over the next 10 years through significant investments in people, technology and infrastructure,” DeJoy said.

The Grumman Long-Life Vehicles currently in service are “inefficient, increasingly unreliable, costly to maintain and do not include current safety and operational features for our employees,” DeJoy wrote.

“We owe it to our employees to modernize our vehicle fleet, and that is part of the reason why I moved to finalize the current contract and end years of prior delays to get this processing moving forward,” he added.

Subcommittee members, however, expressed concerns with the USPS rollout of a 10-year plan that would cut use of air carriers to deliver mail and redefine first-class mail delivery standards in certain instances.

Committee Chairwoman Rosa DeLauro (D-Conn.) expressed frustration with the plan, especially after Congress granted USPS $10 billion — first as a Treasury loan in the CARES Act, then as a one-time appropriation in the Dec. 27 pandemic spending package.

“It is simply inexcusable, that even after all this hardship, you are working on a new strategic plan that would permanently slow first-class mail and abandon current service standards,” DeLauro said.

Rep. Matt Cartwright (D-Pa.) said service cuts in the 10-year plan would likely play out the same way as operation changes USPS implemented last summer, only for federal judges to put those changes on hold.

“You want to try this again,” Cartwright said. “Why are you doubling down on the policies that have led to massive delays?”

However, DeJoy said USPS still faces major financial problems and needs to cut costs where it can to keep running its own revenue.

DeJoy said he supports the latest round of postal reform legislation that would save USPS $40 billion to $50 billion over the next 10 years, but would only address a portion of the $160 billion in liabilities the agency expects to incur over the next decade.

“If I paid all my bills, I’d be out of money tomorrow,” DeJoy said. “We’re trying to seriously address the issues that face us. We’re in a broken business model and changes need to happen.” 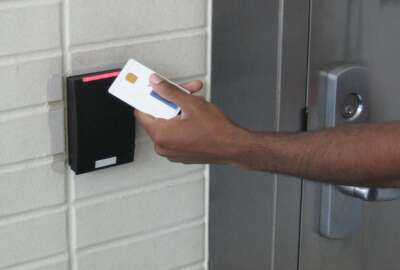