How will Homeland Security pivot to violent domestic extremism?

The Department of Homeland Security, by order of the Biden administration, is reportedly shifting resources to the challenge of what the administration calls violent domestic extremism. For a little perspective on this, Federal Drive with Tom Temin turned to an expert on cyber warfare, surveillance, terrorism and whistleblowers, R-Street Institute senior fellow Paul Rosenzweig.

Paul Rosenzweig: Thanks for having me, Tom.

Tom Temin: Domestic terrorism and domestic extremism, this is in some sense, not a new phenomenon at all, is it? Doesn’t it kind of in some sense, go back to the founding of the republic?

Paul Rosenzweig: Well, it certainly is the case that American history is filled with the story of Americans acting violently in opposition to what they see as oppression. I mean, the first of those would obviously be, the Boston Tea Party, the Whiskey Rebellion under George Washington. I guess the question that’s kind of hard to discern, or answer is in service of what violence in service of liberty as in the Tea Party, or, the greatest act of domestic terrorism or violence was probably the Civil War, and that was violence in service of slavery, and thus is remembered rather poorly in comparison to say, the Boston Tea Party.

Tom Temin: Sure. So I’m imagining the administration is referring to things more like the Timothy McVeigh phenomenon, or more recently, the violence that happened at the Capitol. So the question is, what does DHS need to do that it’s not doing because we’ve got the FBI, we’ve got DHS that have been in theory on top of these things as part of their mission.

Paul Rosenzweig: Well, in theory, I think that’s true. I think there’s two parts to what the Biden administration is suggesting that are kind of new or different, or perhaps, going back to old. The first is that quite clearly, during the last administration, resources and focus were shifted away from the domestic terrorism mission. Elizabeth Newman, who was the assistant secretary for counterterrorism has testified about that in front of Congress, about how the DHS intelligence and prevention mission against domestic terrorist activity was diminished in importance, as resources were transitioned to other priorities. And that’s not making a necessarily a political statement, though, obviously, there’s some sense in which that was a politically motivated change. But rather, it’s simply a declaration of fact that the resources move. And so one of the things that the Biden administration is clearly doing is reorienting the focus of DHS intelligence gathering to more aggressively include an examination of domestic terror activity. And so that’s one thing. The other is that I think it’s fair to say that even before the last administration, in the Obama administration, and in the Bush administration before that, there were certain flavors of domestic terrorism that DHS stayed away from assessing, mostly because they were near adjacent to political activity. There’s a real sense in which existing domestic terror activity has a near adjacency with a political party and opposition to government and things like that. Think of Ammon Bundy, the rancher out west, who basically could be considered a domestic terrorist, but is also considered a political hero. And you get a sense of why focusing on domestic terrorism is harder for DHS then, say, focusing on foreign terrorism where the equities of First Amendment considerations and political activity are not nearly as salient. And one of the things that I take from the information coming out of the Biden administration is that they’re going to attempt to get past that reluctance and reorient both DHS, and frankly, probably FBI and DOJ resources as well towards more aggressively looking at these near adjacent groups like the Proud boys and the Oath Keepers, who are both quasi political and quayside violent.

Tom Temin: And we could throw Antifa in there also, I suppose.

Paul Rosenzweig: I suppose that’s true. Yes, certainly, the Portland events suggests some need for that, though, there was less reluctance, I think, to add resources to that part of the domestic mission in the last administration. But yes, I think that’s fair.

Tom Temin: So then the challenge is to go after groups that do pose a actual danger, but not yet devolve into a mirror image of the FBI under J. Edgar Hoover, where it wasn’t aligned with Republican types of groups, are closely adjacent I should say,. In those days it was aligned with or closely adjacent to the Democratic Party. You really don’t want it going either way, then that seems to be their main challenge.

Paul Rosenzweig: I think that that’s going to be an immense challenge. We’ve learned a lot in the last 20 years about how to combat terrorism. We look at communications amongst terrorist group members, we look at their finances, we look at their travel, all of these are lessons that we are applying globally against Al-Qaeda and ISIS and all of the various offshoots. If you translate that sort of investigative activity to the domestic space, it’s pretty easy to see how some of the tools and some of the activities would run the risk of trenching upon protected speech and the rights of American citizens. And we have had an inconsistent experience, I think that’s fair to say, with the success of our ability to conduct audit and oversight of our intelligence and law enforcement communities in ways that allow them to address the real threats of violence from terrorist groups or domestic violent groups, while at the same time not wandering into the political sphere. You mentioned Hoover and the FBI. Obviously, there’s the famous Church Commission reports on CIA activities. And we built an entire oversight system in the aftermath of those in the 1970s. And I think one of the lessons that we’ve learned in the last five or seven years is that that oversight system of congressional review, in particular, has sort of atrophied that where we thought that legislative branches would act as a check on executive branches, we have come to see that the legislative branch of the same party as a president is perhaps a little more reluctant than it might be to examine the conduct of its own parties president. And likewise, we’ve seen the diminution of the authority of inspectors general who were fired left and right in the last few years. So it’s a real challenge to find the right balance and both empower law enforcement and DHS to examine domestic activity that we want them to examine because it’s dangerous, like the January 6 riots and insurrection at the Capitol, while refraining from using those same powers to tamp down on simple political dissent or opposition. It’s not readily answerable, there’s no bright line rule, you got to do the best you can with it.

Tom Temin: Right. And as we learned in that Church era, I remember those hearings, actually, is that with good oversight that is refreshed and exercised regularly, law enforcement actually functions better when it’s in a complex of oversight and rules based activity than when kind of ignored and left alone.

Paul Rosenzweig: I think that’s absolutely right. Most good law enforcement officers most good intelligence analyst would tell you that they actually value clarity about rules, what they hate most is ambiguity, right. Not knowing whether or not what they’re doing is okay. Because when that happens, they stay far back from the edge because their incentives are, frankly, mostly bureaucratic, mostly derived from administrative restrictions and things like that. So they want clear rules that empower them to act when they should, and that tell them what not to do when they shouldn’t. And we’ve kind of gotten away from that a lot. And especially in the congressional oversight sphere, we have conducted much less oversight than we would like, or I think we would like as a society. And I say that with respect to both parties and both flavors of president.

Tom Temin: So basically then the challenge for this administration or any administration is, well it’s easy to enact these types of strategies, because the technologies are so much more able, even then J. Edgar Hoover, or people during the Church Commission and the CIA could have envisioned that we have now, that if anything, the oversight and regulatory structure surrounding it is more important than ever.

Paul Rosenzweig: I think that’s absolutely the case. I mean, technology is fundamentally neutral, right. You can use it for good purposes or for bad purposes. It is also fundamentally impossible to stop the technology of surveillance of facial recognition, biometrics, all of that is going to run forward, whether we want it to or not, even if we could miraculously stop it completely in the United States, which we can’t, but if we could, it would nonetheless move forward in China, in Europe, in Russia, in Brazil. And so we have to come to grips with how to manage technological change that empowers intrusiveness without kind of losing our democratic soul, small deep democratic soul, if you will. And that is really not easy, right. It’s especially not easy in a partisan environment where rather than being interested in resolving that almost existential conundrum about democratic governance, the party members are more interested in fighting with each other and winning reelection. I contrast this all, for example, with the years of hearings that went on in Congress that eventually resulted in Title Three of the Omnibus Crime Control Act, which is essentially the law that governs wiretap authority. Congress back then recognize that the technology of wiretapping was running far faster than policy was, and was essentially limitless in its ability at that time to empower the surveillance of telecommunications between American citizens. And they had hearing upon hearing upon hearing, they had disagreements about what was the best and right result. But in the end, they did the people’s business and developed a relatively comprehensive set of laws that have since been updated many times. But nonetheless, the original development was extraordinary in its bipartisan agreement that it was necessary. And we’ve seen nothing like that in the last few years with respect to new technologies of facial recognition, artificial intelligence analysis, big data aggregation, nothing like that has happened in the last few years in Congress, which is a shame.

Tom Temin: Alright. So Congress, you have heard Paul Rosenzweig is senior fellow at the R-Street Institute. Thanks so much for joining me.

Paul Rosenzweig: Thank you very much for having me, Tom. That was delightful. 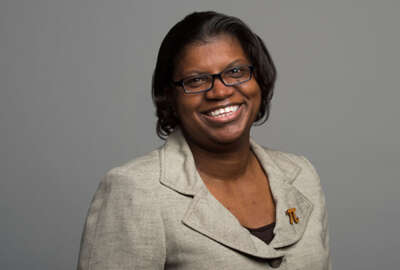