Feds inside-the-Beltway bubble yesterday chalked up one of their earliest winter wimps wins. With a dusting of snow on the ground, the Office of Personnel Management issued a 2-hour delay for metro Washington, which has about 14 percent of the total civilian federal workforce. The OPM decision meant that feds could come in later than usual, take annual leave in many cases or work from home.

Some folks just outside the Beltway claim the jeering...

Feds inside-the-Beltway bubble yesterday chalked up one of their earliest winter wimps wins. With a dusting of snow on the ground, the Office of Personnel Management issued a 2-hour delay for metro Washington, which has about 14 percent of the total civilian federal workforce. The OPM decision meant that feds could come in later than usual, take annual leave in many cases or work from home.

Some folks just outside the Beltway claim the jeering (not cheering) could be heard from as far away as Chicago, Buffalo and Boston where folks — as they repeatedly remind us — know how to dress, drive and ignore old man winter. Except when you watch the nightly TV news and see multi-car and truck pile-ups much farther north and west of the 38th parallel. Sometimes even the people who know how to drive on icy roads have trouble too.

Anticipating the reaction to the overnight mini-snow storm, National Public Radio scooped itself. On Wednesday afternoon, a parade of personalities, all from outside the evil Beltway, made fun of D.C. Several expressed their contempt for our tenderfoot ways. Several who normally come across as very progressive and, in their own way funny, sounded more like President Donald Trump’s cheerleaders attacking the inhabitants of the inside the Beltway swamp. Maybe it was funnier in the Central Time Zone.

When it comes to bad weather — especially ice and snow — D.C. doesn’t react well. Never has. Never will. Part of that is demographics. This is a river town and elevations range from sea level to 410 feet. Not much, but that would be the equivalent of the Rocky Mountains in some Midwestern cities. People who walk, run or bike in D.C. will tell you that you are almost always either going up or down a hill depending on whether you are going to or leaving the Potomac. From my office (if they would move one building) we can look down on the Washington Monument (555 feet tall) and parts of Northern Virginia.

Hills? The Marine Corps Marathon which goes through D.C. and parts of Virginia ranges in elevation from 21 feet to 242 feet. The Chicago Marathon’s low point is 575 feet, while its peak is 601 feet. Do the math. There are hills and there are hills!

We also have traffic circles all over the place. Many locals — and most visitors and members of the diplomatic corps — never fully master. We can tell by your license plates where you come from. Some folks, even though they’ve been here for decades, still drive like clueless tourists. Just a little ice or snow and things go bad fast, even if you once knew how to drive in snow back where you came from.

The D.C. area is also full of folks who came here — often to work for Uncle Sam — in their 20s, 30s or later. But even though they are here, some never really leave “home.” They have no school, family or neighborhood ties except “back home.” Which is fine. (Confession: I was born in Indianapolis but mostly grew up here. Downtown, not in the burbs). Many residents/permanent outsiders say they never missed school for a weather event . But they are often grateful for snow days, or late arrivals, when they own kids safety is at stake.

So are we winter wimps? Sure. But we know it. We get enough flack just living in (or around) the D.C. area.

Pity rather than ridicule us. Leave the bile to politicians (from your part of the country) who spend millions of dollars to get, and keep a six-figure job in a swamp full of wimps they profess to hate.

Norilsk, an industrial city in Krasnoyarsk Krai, Russia, is the northernmost city in the world. 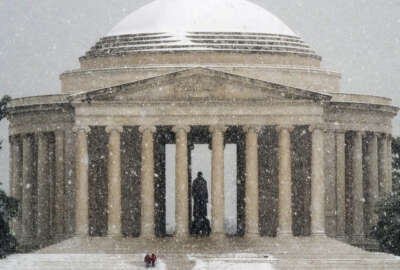 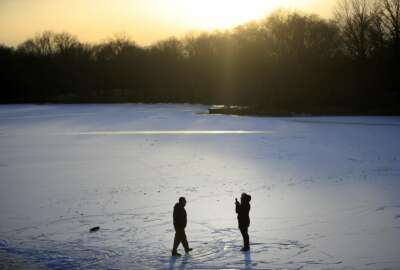 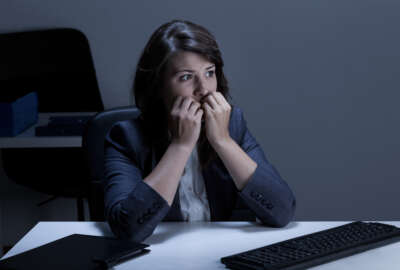