Get the latest operating status updates. Sign up for our breaking news alerts.

The frigid overnight temperatures and expected snow during the late rush hour prompted the Office of Personnel Management to delay the opening of the federal government in the Washington, D.C. area by two hours.

Weather forecasters expect snow to move out between 8 or 9 a.m. Thursday in the D.C area. Light snow started falling in parts of central Virginia and southern Maryland Wednesday night, the National Weather Service tweeted, and conditions along and east of Interstate 95 are expected to heavily affect Thursday morning’s commute.

OPM also is letting federal employees telework or take unscheduled leave should the weather further east of downtown Washington make it difficult to get to the office.

Several  school systems in the D.C. area also are delaying their opening  for two hours until after the late rush hour snow.

Other federal offices along the East Coast are making similar decisions.

The Federal Executive Board is recommending that federal offices in Baltimore, Maryland open and  offer employees unscheduled telework or leave.

In Philadelphia, the FEB is recommending federal  offices open and offer employees unschedule leave or telework as well.

In Boston, the FEB is recommending federal office close altogether as several inches of snow is expected to fall in New England. 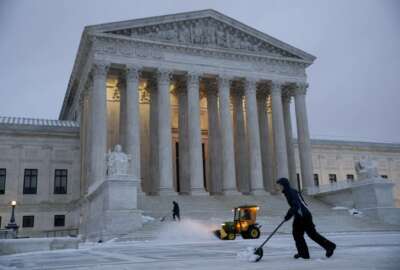 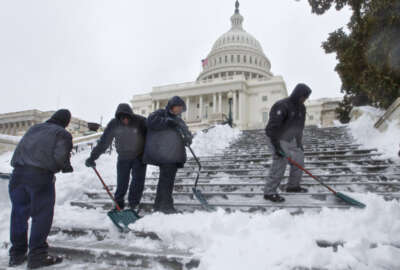