Cash flexibility in retirement: Pros and cons of the TSP

Many financial experts who are outside government think the federal 401(k) plan — the Thrift Savings Plan — is about as good as it gets. Both in terms of matching contribution and management. So far, so good.

Yet when they retire, many federal and postal workers pull their retirement nest egg money out of the Thrift Savings Plan. So is that wise? Short answer: It depends.

Although the TSP has some of the smallest fees...

Many financial experts who are outside government think the federal 401(k) plan — the Thrift Savings Plan — is about as good as it gets. Both in terms of matching contribution and management. So far, so good.

Yet when they retire, many federal and postal workers pull their retirement nest egg money out of the Thrift Savings Plan. So is that wise? Short answer: It depends.

Although the TSP has some of the smallest fees in the business, and super oversight, a lot of people want more flexibility with their nest egg. Some go elsewhere to get more investment options. Some leave because it gives them much more flexibility to get at their money.

Case in point, a new retiree, named Bill. He decided to leave the TSP because:

“I started my TSP periodic withdraws. They set me up for withdraws to be processed on the 20th of each month, which was based on when I initially applied and they processed my application three to five business days after they received it in the mail. The payment is withdrawn from my TSP account exactly on the 20th of each month. However, it takes two to three business days for it to be transmitted to my bank by EFT. If the 20th of the month is on a Monday through Wednesday, I see it in my bank as a pending transaction on a Wednesday, Thursday, or Friday, respectfully, and clearing the following day. If the 20th of the month is on a Friday, it does not show up as a pending transaction until Tuesday and clearing on Wednesday. So this is why we cannot count on our payment showing up on a specific processed date like it is with Social Security on a specific Wednesday and OPM on the 1st of the month is beyond my understanding. It is worse if you want a check where it comes via USPS and you are waiting for at least two weeks from the processed date when it is withdrawn from your account. Maybe [National Active and Retired Federal Employees] could put pressure on the TSP Board to make some changes for more efficient processing.”

He asked several people including benefits expert Tammy Flanagan. She now works full time advising feds about the best times to retire and helps both active and retired workers develop a financial plan. She quickly came up with this simple answer to a very complex issue. She said it was okay to share it with you. So here goes:

”Thanks for the update, Bill. This is another reason why many retirees choose to move their TSP to an IRA … the money can be moved from an IRA to a bank account in less than 24 hours from the time of the request. The TSP still has work to do on the distribution side of the process. Despite it not being perfect, the TSP Modernization Act of 2019 (allowing more frequent changes, along with monthly/quarterly/annual distribution schedules, multiple partial withdrawals, etc.) did seem to slow down the amount of post-separation withdrawals from the TSP. However, 2020 was a different year, to say the least!

Participants may elect to transfer all or part of their single payments. If only a portion is transferred, each portion (cash and transfer) is counted separately.”

If you have questions, Tammy can be reached at Tammy@retirefederal.com.

In 1954, the kidney was the first human organ to be transplanted successfully. Liver, heart and pancreas transplants were successfully performed by the late 1960s, while lung and intestinal organ transplant procedures were begun in the 1980s.

Are TSP investors — especially retirees — playing it too safe with G fund investments?

Keeping your TSP healthy during a pandemic 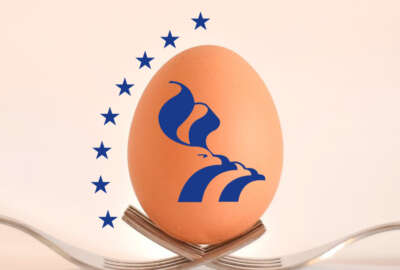