Federal inspectors general are vital conduits to let Congress and the rest of us know when agencies or public officials have taken a wrong turn. But their work is quite a bit less useful when no one can read it. The House has included several measures intended to increase IG transparency in its versions of the 2023...

Federal inspectors general are vital conduits to let Congress and the rest of us know when agencies or public officials have taken a wrong turn. But their work is quite a bit less useful when no one can read it. The House has included several measures intended to increase IG transparency in its versions of the 2023 appropriations bills, many of them at the urging of the Project on Government Oversight (POGO). Joanna Derman is a policy analyst at POGO. She talked with Federal News Network’s Jared Serbo on the Federal Drive with Tom Temin  about some of those recommendations.

Joanna Derman: You know, I think there are really three reforms that are laid out in these appropriations bills as far as IG transparency goes. And the first I’ll walk you through has to do with inspectors’ general report on transparency. And to start here, it’s important to understand that while most IGs are statutorily required to publish their work, there’s a carve out in the current law that states that IG reports should not be posted if their publication would raise concerns regarding things like classification, national security concerns or privacy. Unfortunately, this means that even the existence of some IG reports is hidden from the public. And so what this reform would do would direct the inspectors’ general oversight body to publish a public facing list of IG reports. Which would, of course contribute to a more effective and accountable federal government that’s ultimately responsible to the American taxpayer. And this leads into the second point, the second reform that I wanted to touch on, which is that of these offices of inspectors general that are not required to issue their reports is the Capitol Police. And this is honestly quite baffling from an oversight perspective. Now more than ever, especially in the wake of the January 6 insurrection. At the very least, I think that the Capitol Police IG should tell the public that their reports exists. And if the IG at the Department of Defense can provide that kind of basic level of transparency into their IG operations, there’s really no reason why the Capitol Police IG shouldn’t be held to the same standard. And then the last thing that we outlined here in this analysis piece has to do with addressing gaps in legislative inspectors general coverage. And so what’s important to understand here is that many legislative branch agencies don’t actually have their own inspectors general. This, of course, means that these offices are ultimately ill-equipped to examine waste, fraud and abuse. So what this reform would do would require the GAO, the Government Accountability Office, to issue a report examining the gaps in independent oversight within the legislative branch IG system.

Jared Serbu: The Capitol Police one seems like a really strange anomaly. I’m just curious if you have any insight into the reasoning behind that. Was it just an oversight in the statute or was there there’s some specific carve out where there’s some rationale for them not having to publish?

Joanna Derman: So, POGO got a response to this. Actually, they claim that they are unable to issue their reports, or at least a list of their existing reports, because of the directive that they received from the body that they report to within the Capitol Police reporting structure. There’s no reason why  that directive should have been passed down. It’s all still a little bit mercurial and a bit of mystery as to what the rationale behind that decision. But at the end of the day, it’s just really important to point out that we’ve seen the consequences of not having these types of reports and not having the kind of transparency that accompany them, with January 6.  And so in order to not repeat that kind of horrific event, it’s incredibly important that we have this kind of information at hand and that Congress is able to conduct appropriate oversight.

Jared Serbu: Yeah. And I think that at minimum, a list of the reports that exist, the point that you made earlier, is super important, because the point that you guys make in your piece is if the public at least has access to that information, they can FOIA these reports and get at least part of them. Because almost every report that’s ever been written is releasable, at least partially or in some form.

Joanna Derman: Yeah, you make a really good point. I mean, if members of Congress are requesting these reports, there is a high likelihood that they’re going to be getting that. They’re going to receive them in an expeditious manner. And there’s also the opportunity for groups like POGO, like other organizations that are interested in government oversight to, like you said, FOIA for these reports so that we have at least a channel for receiving this information.

Jared Serbu: And I guess the only other thing I’ll foot stomp there is like some agencies or some IGs have shown that this can be done some will actually treat every report as though it’s been FOIA’d and do proactive disclosure and do the redactions without anybody even having to ask. Of course, I guess we don’t know for sure that they’re doing that with every single report without the list that you’re asking for, which is why the list would be important.

Joanna Derman: Yeah, but absolutely. I mean, you make a good point and so far as we’ve seen, What federal agencies are capable of doing. They’re capable of being candid, they’re capable of reporting this kind of information. We just are worried and concerned about the agencies that are not doing that.

Jared Serbu: Let me let me go back to one of the other recommendations that you have that’s not directly related to transparency, but is related to strengthening the sort of oversight body that you mentioned, the Council of Inspectors General on Integrity and Efficiency or CIGIE. I guess I didn’t realize that they operated on essentially a pass the hat funding approach, talk with us about some of the problems that creates and what you think needs to be done there?

UJoanna Derman: You know, I think a lot of people find this to be a surprising funding mechanism when they first encounter it. So right now, the Council of Inspectors General, for Integrity and Efficiency, like you mentioned, known as CIGIE, relies on the voluntary contributions from their 70-plus component inspector general member offices, this means that CIGIE is often unsure of its top line budget, into, you know, pretty far, a few months into the fiscal year. And what that means is that it’s really limited in so far as long-term strategic planning. So, you know, the existing funding model was very flawed. We think that a direct congressional appropriation to CIGIE would really translate to bolstering CIGIE’s ability to conduct the kind of robust and comprehensive oversight that we’re looking for.

Jared Serbu: And for our listeners, would you just remind us what that oversight function that CIGIE plays is because they’ve got a few different hats, really only one of which is oversight? What ideally, should they be doing in that oversight area?

Joanna Derman: Well, I think it’s important to step back and realize that CIGIE is really best understood as the entity that is the watchdog for the watchdogs. So it is supposed to monitor and oversee the health of the inspectors general system. And so one big component of this is taking charge of investigations into allegations of misconduct by IGs and their senior staff. And we’ve seen on the whole, while inspectors general are the cream of the crop when it comes to doing their job of ensuring that there is very little or no fraud, waste or abuse in the federal system. There are some instances where that is simply not the case. And so CIGIE is the last line of defense, to protect against that kind of misconduct.

Jared Serbu: And Joanna, just bring us home by bringing us up to speed on where all these recommendations stand. I guess the good news is I think everything that we’ve talked about is made it into legislation. On the House side at least, is that right?

Joanna Derman: So I mean, we’re talking about a number of recommendations here. The ones that we’ve talked about in this conversation, or at least in one of the two appropriations bills that we saw, come down to the Senate and or the House, it’s really going to come down to how these bills are reconciled, though. And really jury’s out insofar as when that is going to happen. We have a looming CR on the horizon. I really would not be surprised if that CR takes us to the end of the year. And so we’re kind of in limbo as far as appropriations go. But I am hopeful that at least some of this language will make it in and I really think that lawmakers need to start to prioritize oversight of inspectors general and give this issue the attention that it deserves. 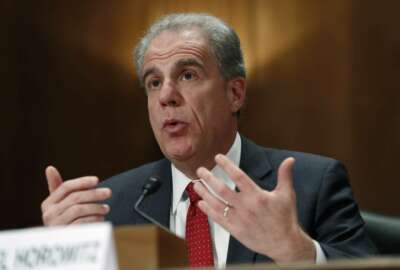 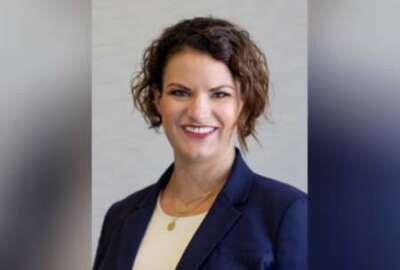 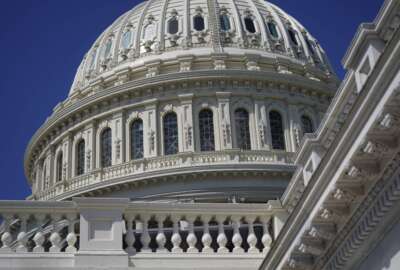