The Navy isn’t giving up on its ambitions of a 355-ship fleet. But getting there might take a little longer than advocates of more shipbuilding may have hoped.

The new chief of Naval operations, Adm. Michael Gilday, said this week that while he’s not looking for any changes in the broad grow-the-fleet objective the Navy first laid...

The Navy isn’t giving up on its ambitions of a 355-ship fleet. But getting there might take a little longer than advocates of more shipbuilding may have hoped.

The new chief of Naval operations, Adm. Michael Gilday, said this week that while he’s not looking for any changes in the broad grow-the-fleet objective the Navy first laid out in its 2016 force structure assessment, the service, at least for the moment, has more pressing budget priorities in the areas of maintenance and readiness.

The Navy, together with the Marine Corps, is now working on an updated assessment of the size and makeup of the fleet it needs to perform its missions. But for now, fixing systemic problems that are keeping existing ships out of commission is a bigger priority than building new ones, Gilday said.

“I’m focused on closing capability gaps, on closing readiness gaps and increasing lethality. And so for me, the focus on sustaining the Navy that we have comes at a high price,” he said. “Part of that price is perhaps a reduction in growth. Not to say that growth stops, but growth perhaps slows a bit. When I talk to Congress, I think I have to make a case that we have to sustain the Navy that we have today. It’s been an age-old problem for us.”

The Navy hasn’t yet finalized its 2021 budget proposal, but officials have reportedly been looking at a number of options to fund other priorities besides shipbuilding — including one that would actually shrink the fleet, at least temporarily, from the current battle force of 293 ships  to 287.

Speaking at the Surface Navy Association’s annual symposium in Arlington, Va., Gilday did not give specifics on the upcoming budget submission, other than to say operations and maintenance dollars are a top priority for him.

“Getting ships out of shipyards that are rated 20%, 25%, 30% completion on-time is completely unsatisfactory. In a country like this, it’s embarrassing. So we need to fix that stuff — that’s where we need to put our effort,” he said. “Steaming hours, flying hours, maintenance, we’re funding maintenance at the highest executable levels that we can.”

According to an assessment the Government Accountability Office released last month, those “embarrassing” shipyard problems steadily worsened between 2014 and 2018, especially within the Navy’s surface fleet. They reached their nadir in 2018, when only 15 percent of ships’ scheduled maintenance was finished on time. 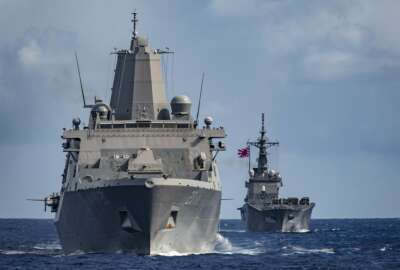 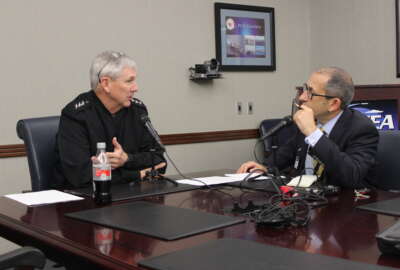 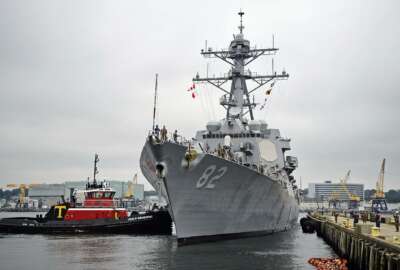 GAO estimates the fleet had 19 surface ships fewer than it should have had available for operations last year because they were stuck in maintenance periods that dragged on for longer than they were supposed to. And GAO says the problem of maintenance periods running extremely late continued to get worse in 2019. Last year, 57% of the delays were for 90 days or more; in 2014, only 20% were delayed for that long.

But Navy officials insist they’re making progress. The service has hired more than 2,000 new employees to staff its public shipyards over the past three years, and last year, it created the new position of deputy assistant secretary of the Navy for sustainment, in part, to oversee and advocate for funding for ship maintenance.

James Geurts, the assistant secretary of the Navy for research, development and acquisition said the improvements are focused on better planning, including with the private contractors who perform repair work.

“When I first got here, we were not looking at that enterprise as an integrated set of programs, we were looking at them as individual availabilities and we were kind of treating each as its own just-in-time project,” he said. “It’s a little bit akin to having 50 apartments I need to get painted, but I’m not going to call the painter until the Friday before I need them on Monday. And I’m not going to tell them how much paint to bring until they get there. And then I’m going to be shocked that we’re not going to get the right painters at the right time. So what we’re really trying to do is look at that entire system. It’s a  $10 billion-plus a year enterprise, and we had not necessarily put all the acquisition tools into play in looking at it as a system approach. We hadn’t put data into play. There was a lot of opinions, there wasn’t a lot of data.”

And Geurts said things are indeed improving. The Navy currently projects 68 percent its maintenance availabilities will be on-time this year.

“That’s good, but now we’ve got to do it in full and continue to figure out how we take costs out of the system,” he said. “What we’ve done on the aviation side is to understand the data, take action, but not stop at just a tactical action: look at all the strategic pieces in there. We have another fairly-important initiative in the secretariat looking at supply chain. In aviation, we looked at the number of different funding lines to keep an E-2 flying, and it’s like 30 funding lines from 19 different people … that’s where we’re going to focus some more this year.”

But GAO says the maintenance backlog isn’t just about capacity and efficiency within the Navy’s maintenance enterprise. One major root cause has been the service’s operational tempo over the last several years. Ships have been sent on extended deployments, causing more wear and tear on their systems, and in some cases, delaying the start of their planned maintenance cycles.

Those increased operational demands are driven by DoD’s geographic combatant commanders. But Gilday said the latest National Defense Strategy is starting to give the Navy and other services a greater voice in the Pentagon’s decisionmaking process that gives more weight to building readiness – not just responding to those COCOMs’ requests for forces.

“When then-secretary [James] Mattis signed that out, it essentially flipped the paradigm. First, it made readiness a priority, but it also has flipped the model in terms of force employment from a demand-based model from the COCOMs to a supply-based one driven by the secretary of Defense,” he said. “[The Joint Staff] develops a set of directed readiness tables every year, and they take into account things like the forward presence that we need, the readiness that we’re rebuilding, what the combatant commanders need to respond to threats. The secretary then directs that readiness and has to make decisions on what missions he’s going to support. So when the combatant commander asks for more stuff, they don’t always get it, because I have an argument to make as a service chief on why that may or may not be satisfactory to me. So I do think, from the top down, readiness is now tracked closely and guarded.”