The Open Government Data Act calls on federal agencies to make their data available to the public, and for the Office of Management and Budget to keep track of these activities and report on them. Some of it is happening, some isn’t. For an update, Federal Drive with Tom Temin spoke to Michelle Sager, the director of...

The Open Government Data Act calls on federal agencies to make their data available to the public, and for the Office of Management and Budget to keep track of these activities and report on them. Some of it is happening, some isn’t. For an update, Federal Drive with Tom Temin spoke to Michelle Sager, the director of Strategic Issues at the Government Accountability Office.

Tom Temin: Mrs. Sager, good to have you back.

Michelle Sager: Thank you. It’s great to be here.

Tom Temin: So you looked at federal compliance with the Data Act requirements, and give us the top line of what you found.

Michelle Sager: Sure. And so to get started, it’s probably important to do some grounding to explain what it is that we’re talking about. This report focused on something called Open Data. And the basic idea there is that the public has access to federal data that are free, free to use, free to modify and then free to share. And you might wonder, Well, why does this matter to me? I think in this current environment, we all have some familiarity with the idea of open data as public consumers of data. Open access to government data is especially important in the current pandemic environment. We have government agencies, scientist, and then of course us as the general public trying to understand and respond to the pandemic using data focused approaches. And so if we carry that out even broader across the entire federal government, the concept of open data holds tremendous promise for government transparency, public trust, and government as well as stimulating innovation and economic activity.

Tom Temin: Now, the original data.gov, which was launched during the Obama administration was the first attempt at this kind of open data publishing, if you will, and it went fairly far as far as it went, but then it kind of stalled. And then the Data Act reverted the activity to posting all of the possible data sets to the agencies on their own. And when you look at that, you found that most of the agencies are in fact publishing their data sets in an open fashion that are accessible.

Michelle Sager: That’s right. And you aptly point out that this is not something brand new, this is something that has been evolving over many years. So the requirements that we looked at in this review are the latest in an evolving set of actions, guidance, as well as statutes, all with an aim to improving the availability of and the transparency of the federal government’s vast store of information. So what we are talking about today is part of something even broader called Foundations for Evidence Based Policymaking Act, enacted in 2019. And then within that broader act, something called the Open Act. That’s an acronym that stands for open public, electronic and necessary — that requires federal agencies to publish their information as open by default, unless of course, there are other exemptions such as privacy or national security concerns. But what it really did is it took another step forward on much of the existing federal Open Data policy, and then codified it and added some additional requirements.

Tom Temin: Alright, and there are specific things, you have a small chart here, for example, the GSA has to maintain this, what you call a point of entry dedicated to sharing agency data assets, the federal data catalog, and that is there and in place.

Michelle Sager: Right. So a couple of takeaways from this report are that by and large there is just an immense amount of data that is now available to the public due to these open data initiatives. And there has been tremendous progress in this evolution. So one of the things we looked at is the extent to which the Chief Financial Officer Act agencies, those 24 agencies developed what are called data inventories in accordance with guidance from OMB. And we did find that all 24 CFO Act agencies did meet that requirement to publicly post their Open Data assets. So if you go to data.gov, you can see today, right now, there are more than 209,000 federal data sets that are available in this federal data catalog.

Tom Temin: But there was one requirement here under open, that is not done. And that is by last July, the Office of Management and Budget must have issued guidance for agencies to implement comprehensive inventories. You have found they didn’t do that. My question is it necessary since the inventories are already out there?

Michelle Sager: The inventories are out there but we also found some issues with the data that are posted. So for example, it’s not always clear when the data are posted, or if there’s an error in the data and it’s reposted. If you as a consumer of those data are looking at them it’s really important for you to understand what you’re looking at. So for example, you can think of something such as unemployment data, you would have a very different view of the world if you looked at that in January then if you looked at that in June, of this year, just as an illustration of why it’s really important to be clear about what is posted and what data, what date those data are posted. So we’re still waiting for OMB to issue implementation guidance to the agencies to explain to them how they are supposed to go about publishing their inventories. And then in addition, there’s another requirement for OMB to publicly report on agency performance and compliance with the act. That was supposed to happen in January of this year, and that report has not yet been issued.

Tom Temin: And now that they have been prodded, what does OMB say about your recommendations, which I presume are to get on with the guidance in the biennial report?

Michelle Sager: That’s right. So we had three recommendations in this report, one to comply with the statutory requirement to issue the implementation guidance, second, to comply with the statutory requirement to publish this report, and then third, to have a policy to ensure that errors are corrected and that agencies know what to do. So we know that this guidance is currently going through the review process. OMB did not comment on the recommendations in the report. But we do know that the guidance is going through review. So we’re hopeful that that will be issued as soon as possible to provide additional clarity to agencies on how to go about doing this. And that, of course, would be much more efficient than agencies taking different approaches, and then potentially having to go back later and change what they have already done. And of course, it’s also important to all of us as consumers of government data to know what it is that we’re looking at, and to know that there is integrity in the data that are presented.

Tom Temin: Looking at the inventories, you found that those are in place, do you get the sense that within the inventories the data sets that are available for people to I guess download or somehow obtain are themselves in usable, machine readable, modern contemporary formats, such that they could be fed into applications or apps or whatever it is the member of the public wants to do with it?

Michelle Sager: By and large, there has been great progress. And if you go to the data catalog, you can, as I mentioned, see this tremendous, literally a treasure trove of public information. However, we also did find some examples where for example there is a broken link to a data set. So you can see that it’s there and it existed at one point, but perhaps on whatever day you happen to go to that website, you’re not able to access the data. So there definitely are still opportunities for improvement.

Tom Temin: And if someone wanted to question an agency, I mean who’s the belly button to push, who’s responsible for the inventories and the accuracy and the updatedness of all these links and data sets within an agency?

Michelle Sager: So it’s really a multi layered system of responsibility, agencies now have something called chief data officers. There’s also a Chief Data Officers Council that exists across the government. And so these are great strides to bring agencies together and provide opportunities for them to learn from each other and not to be kind of out on their own, but really to leverage what is known across the government in terms of how to do these processes efficiently and effectively.

Michelle Sager: Well, it takes as you said, it really does take a village, you can’t have the chief data officer acting on their own. It does require certainly whatever the CIO or the IT department within that agency is, and of course the owners of the data are also critical to the process, and that whatever entity within a federal agency is producing that data set, it’s really important for them to also be part of that process and be providing input on what you’re seeing when you look at that data, as well as what the limitations are to the data as it is publicly displayed.

Tom Temin: But in general, agencies seem to be making the right kind of progress on this whole front.

Michelle Sager: agencies have made tremendous progress and with those 209,000 public datasets that are available for public use that already exist. And so what we are recommending is just further enhancements to continue on this evolution of data transparency, bringing all the pieces together, and making sure that the data provided are in the best possible form so that they can be used and that when you use them, you know how to use them as well as what those limitations might be.

Tom Temin: Michelle Sager is director of strategic issues at the Government Accountability Office. Thanks so much. 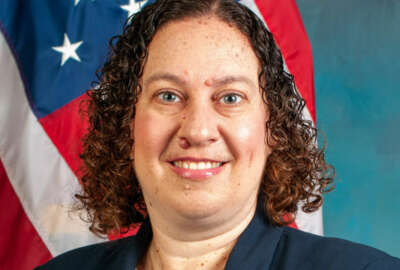