This story will update with new offers. See a shutdown deal for federal employees? Email reporter Jory Heckman with details.

The financial anxiety surrounding a partial government shutdown will become all too real on Friday, when nearly 800,000 federal employees will miss a paycheck.

The Senate on Thursday night passed a bill that would guarantee back pay for government employees affected by the shutdown, and Majority Leader Mitch McConnell (R-Ky.) made assurances that President Donald Trump would sign the legislation once it reaches his desk.

While federal employees are left with few safety nets in...

The financial anxiety surrounding a partial government shutdown will become all too real on Friday, when nearly 800,000 federal employees will miss a paycheck.

The Senate on Thursday night passed a bill that would guarantee back pay for government employees affected by the shutdown, and Majority Leader Mitch McConnell (R-Ky.) made assurances that President Donald Trump would sign the legislation once it reaches his desk.

While federal employees are left with few safety nets in terms of immediate financial assistance, local business in the Washington metro region have offered free or reduced-priced services during the shutdown:

Andrés chose the Navy Memorial due to its proximity to both the Capitol and the White House. The pop-up kitchen, he added, also serves a “call to action” for lawmakers and the president to end the shutdown as soon as possible.

The organization served more than 3.6 million meals from 25 kitchens across Puerto Rico last fall in the aftermath of Hurricane Maria.

Starting this Wednesday 1/16, WCK opens our #ChefsForFeds kitchen and café for FREE hot meals at 701 Pennsylvania Ave NW near the Navy Memorial for all federal employees in need and their families. 🇺🇸🍴 pic.twitter.com/CoKfIh8QME

Want to buy a federal employee a beer? Craft breweries Atlas Brew Works and DC Brau have launched a website to make that possible.

The site, “Pay It Furloughed,” allows users to donate money to fund a free beer for federal employees and contractors who are furloughed or working without pay.

Sugar Shack offers a ‘thank you’ to feds

Local donut chain Sugar Shack, in an email Friday, offered its own freebie during the shutdown:

The offer will last for the duration of the shutdown.

Washington Gas on Tuesday announced that it would offer “flexible payment arrangements” for government workers affected by the shutdown.

Those arrangements include spreading the cost of winter heating over the course of the calendar year, or payment deferments.

“We recognize that federal government employees may be in a challenging financial position as the shutdown continues,” Adrian Chapman, the president and CEO of Washington Gas and WGL, said in a statement. “We will work with affected employees so that they continue to receive their natural gas service without interruption.”

Current and prospective credit union members are eligible to apply for special assistance loans. The credit union will grant loans equivalent to a federal employee’s pay for one period, but the amount cannot exceed $3,000.

The credit union will also allow deferred loan payments on “all existing Justice Federal personal, auto loan and VISA credit cards,” for up to 30 days. Depending on the length of the shutdown, federal employees may request further 30-day deferments.

FlexJobs, a jobs aggregation website specializing in work-from-home, freelance and part-time jobs, is offering furloughed federal employees a reduced rate to search for temporary work during the shutdown.

“To make sure you’re ready to return to work when the shutdown ends, we highly recommend looking for jobs that have flexible, part-time, or alternative schedules, meaning they can be done outside your typical federal work schedule,” the website states. “For example, if you usually work a 9-to-5 job, your ideal supplemental job would allow for early morning, later evening, and/or weekend hours — even if it’s a remote job.

The Newseum has also offered free admission to federal employees for the duration of the shutdown.  The museum’s hours of operation are Monday through Saturday from 9 a.m. to 5 p.m. and Sunday from 10 a.m. to 5 p.m.

The Alamo Drafthouse chain of movie theaters if offering all federal employees free movies Monday through Thursday throughout the month of January “to help cure the Government Shutdown blues.” Government workers must show a federal ID to take advantage of the offer.

“The free ticket is only for the federal employee — no guests,” according to an Alamo Drafthouse DC Area Facebook page. “The free movie ticket is valid for any new or current release and cannot be used for any specialty programming,” such as advance screenings and movie parties.

Theaters in Charlottesville and Winchester, Virginia, will also honor the offer for federal employees.

Federal employees can also get more bang for their buck at local concerts, although the deal isn’t exclusive to them.

I.M.P.-run venues The 9:30 Club, The Anthem, Lincoln Theatre, and “9:30 Club presents at U Street Music Hall” shows are offering a “furlough freebie” now through Feb. 8: Buy a ticket and get one free to any show using the promo code “930Freebie” online.

The ticket limit for this deal is two paid tickets per customer, in return for two free tickets.

Beyer Automotive Group is looking to “remove one stressor from the minds of fed employees who aren’t getting paid right now,” and offering short-term, no-interest loans to get their cars serviced or repaired at their dealerships.

Under these conditions, payment would not be due until after affected agencies re-open and employees receive back pay. 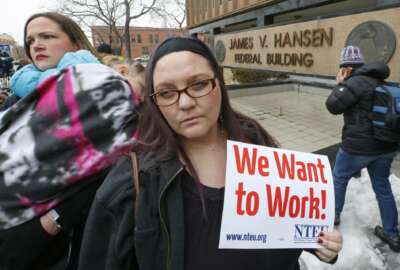 Federal workers get $0 pay stubs as shutdown drags on 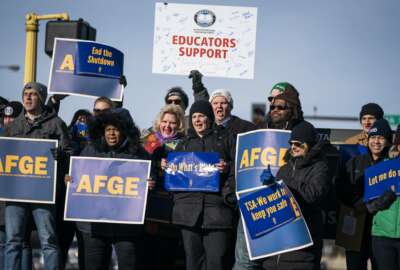 How’s the US economy doing? Shutdown makes it harder to say