More than 600 EPA employees represented by the American Federation of Government Employees are calling on the agency to extend career ladder pay scales and merit promotions for lawyers, inspectors and...

More than 600 EPA employees represented by the American Federation of Government Employees are calling on the agency to extend career ladder pay scales and merit promotions for lawyers, inspectors and engineers.

Their Dec. 8 letter to EPA Administrator Michael Regan states federal pay for STEM positions is far outpaced by the private sector, and that prospective hires are declining about 25% of EPA’s job offers.

“The agency is getting the benefit of a lower-paid workforce tasked with more complex work but not earning the pay that they deserve,” the letter states.

AFGE Council 238 President Marie Owens Powell said the union is calling on the EPA to review the “full performance level” of career ladders across its workforce, and give some positions more opportunity to advance up the General Schedule pay scale.

“There’s discrepancies existing, where people have the same job, the same duties. They’re sitting right next to each other, and they’re getting different salaries,” Powell said in an interview Thursday.

In some cases, Powell said some hazardous waste inspectors are classified as GS-13 employees, while their colleagues are paid at the GS-12 level.

“They’re both doing hazardous waste and waste inspections. They’re both reading reports, they’re both serving as case officers and witnesses for the agency. But one’s being paid at a different level than the other. And the reason is because one individual’s career ladder only goes up to the GS-12 while the other person is now at GS-13. What we’re saying to the agency is this is a problem,” Powell said.

The letter signed by 600 agency employees is the third of its kind to reach the desk of EPA Administrator Michael Regan this year.

Last month, 29 senators wrote a letter calling on the EPA to support a collective bargaining agreement that allows it to recruit and retain a skilled workforce to implement the Inflation Reduction Act and the Bipartisan Infrastructure Law.

In September, 81 House lawmakers wrote another letter, calling on the EPA to develop a workforce able to ensure “successful implementation” of the Biden administration’s climate and infrastructure goals.

EPA spokesperson Khanya Brann told Federal News Network in a statement that its unions “are central to a thriving workforce, and the agency is committed to a positive and productive working relationship with our union partners.”

“EPA continues to bargain in good faith, and negotiations are fluid on both sides,” Brann said.

Powell said EPA workers are in a position now to ask for more, considering their skills are in higher governmentwide under the Inflation Reduction Act and Bipartisan Infrastructure Law.

“Congress has basically said to the EPA, ‘You’re tasked with tackling the climate crisis.’ So in order to do so, we need the best of the best. We need the best scientists, engineers, attorneys, grants managers, administrative support staff available in order to meet our mission — which includes our prior duties, as well as the new efforts that have been applied to us from Congress. In order to do that, we need to be able to offer competitive salaries and competitive promotion potentials to not only our current employees, but also to attract new talent,” Powell said.

The EPA faces growing pressure to recruit the next generation of its workforce. Powell estimates that about 45% of the EPA’s workforce will be eligible to retire within the next five years.

“It doesn’t mean that they will all retire. But … that’s a staggering number. And one thing that may keep people working is a higher salary,” she said.

When GS-13 employees retire or leave the agency, Powell said EPA managers are sometimes filling those vacant positions at a lower GS-12 level.

“It means the agency’s getting higher level, more complex work done at a lower salary. At some point, those people who are staying with the agency, [who are] not eligible to retire, are going to see this and realize that they can make more money out of the private industry,” Powell said.

While federal pay often lags behind what the private sector can offer, Powell said the pay gap is most apparent for federal STEM jobs.

“When folks opt to enter into federal service, you do it knowing full well that you are not making the same salary that could be made in private industry. What we’re asking for here and now is that within the confines of federal employment, that people be paid for the work that they are doing. We’re not even holding up the measurement to outside private industry. What we’re holding it up to is what is available to federal agencies,” she said.

AFGE Council 238 expects to negotiate with the EPA over its collective bargaining agreement for most of 2023. Powell said the week of Dec. 12 is the last week of negotiations between both parties for the rest of the calendar year.

“We have some articles that have been tentatively agreed upon, while some are currently open, others still haven’t even been touched yet,” she said. “My goal was to get as much agreement as we can, so that we start the new year fresh and hit the ground running to get a solid contract in place for bargaining unit employees before any potential administration change.”

The union’s interim collective bargaining agreement expires June 2024, and has set June 2023 as a self-imposed deadline for a final agreement. 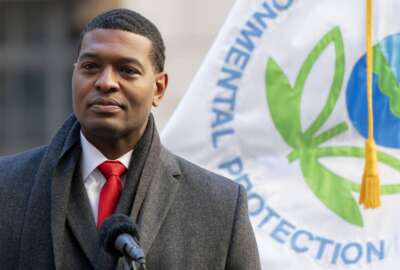 EPA wants to build cybersecurity-aware culture along with IT modernization